Jerry Stahl made a name for himself with "Permanent Midnight." Now he's got to live it down. 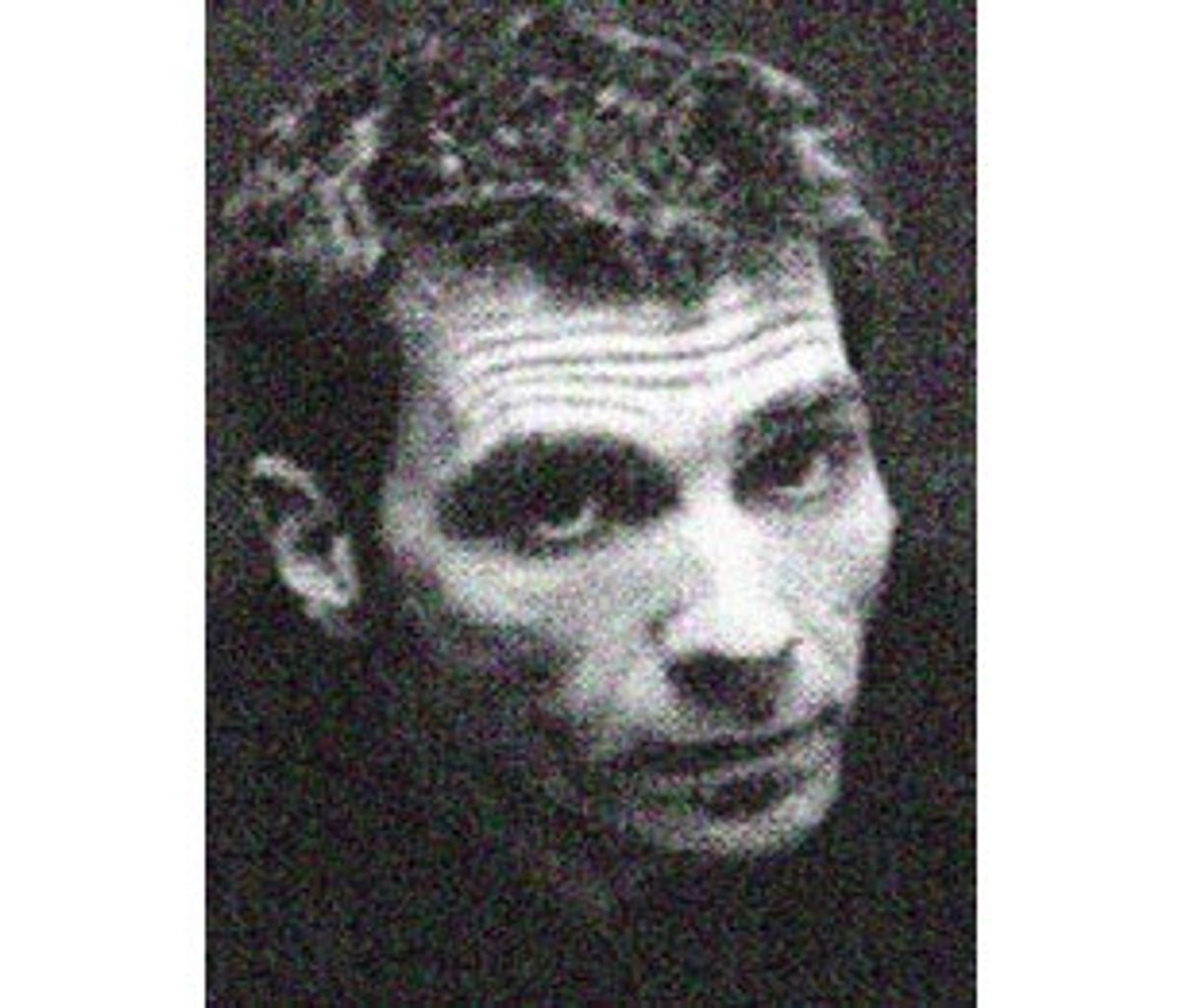 What does a man do if the story of his life has already been written -- and filmed -- and he hasn't yet reached the age of 45? If you're Jerry Stahl, you return to your roots, in his case, fiction. At 22, before being sidetracked by careers in pornography and television writing, not to mention a nasty drug addiction -- all of which are documented in his bleak yet darkly humorous 1995 memoir of using and kicking junk, "Permanent Midnight," which begat the 1998 film starring Ben Stiller -- one of his short stories won a Pushcart Prize.

"Permanent Midnight" was a career Catch-22: It rescued Stahl from the abyss of his life as a washed-up TV writer/heroin addict, but it was also an albatross -- Stahl's vocation for the last four years has been "ex-junkie.'' Now, however, more than two decades after receiving the Pushcart, Stahl's finally published his first novel, "Perv: A Love Story." It's a disorienting, disconcerting, hilarious coming-of-age tale set in Stahl's native Pittsburgh in the early 1970s. Stahl has also recently collaborated with Ben Stiller on a pair of screenplays and is working on a TV pilot with ex-Devo member Mark Mothersbaugh. "Writing novels is an expensive habit; a guy has to find a way to pay for it," he says. Stahl spoke with Salon Books at an Indian restaurant in his Los Feliz, Calif., neighborhood.

How's your liver doing? I heard it was pretty damaged from the hepatitis C that you contracted during your junk-using days..

It writes me from Ohio occasionally. It's doing fine. It's met other livers. It's having a ball. It's not in great shape, but I still think I dodged a big bullet. Any time you get a terminal disease it forces you to be healthier. Yeah, I'm totally fucked, but I'm not one of those people who feels doomed by it. It's just kind of a drag.

One of the funny things about "Permanent Midnight" is that even through your hardest-core drug using, you were always health-conscious.

I never wanted to drink alcohol. I always thought that was bad, so when I got off of heroin by doing crack, I would drink Robitussin-DM, which means I basically spray-painted the toilet blue about 75 times a day. But I didn't want to drink, because I knew that was bad. I had my standards.

What was it like seeing your life pass before your eyes on a movie screen?

There are no words. I was relieved that Ben Stiller did a great job. It's inherently ... I don't think there's any gland in the human body that prepares you for seeing celebrities reenacting the worst moments of your life 9 feet high.

Was there stuff that you kept for yourself that wasn't included in the book?

There's stuff you don't remember. Even with ["Perv"], people say, "Is it autobiographical?" It's like, they flatter me. I don't remember what went down. I work on a very visceral level -- I might not have been in the back seat of a car having my dick sucked by a weird hippie, but what is going through the kid's head at that moment I totally know. I totally know about being spun out and what am I supposed to do and how did I get in this apartment, who are these fucking people, what is going on. I mean, that's my youth, and a large part of my adulthood. That's just how it was for me.

Didn't you used to joke at readings that you're contractually bound to use the word "heroin" each time you appear in public?

All true. Or, when you're interviewed and they ask if they can see your tracks. On the BBC they asked if they could see my tracks and I said, of course, but most of them are on my penis.

Do you still think about using?

Basically, you're just a junkie who doesn't use dope. If you stay clean long enough, you start to see all the reasons why you needed the shit in the first place. Sometimes I think it's morbid curiosity that keeps me clean, because it's such an open-ended and weird thing. It's like the last drug there is. If you do dope you know exactly what's going to happen, which can be great in a limited context -- but for me to start shooting heroin now would be like going back to grade school at 30. I can't squeeze into this little desk.

Has "Permanent Midnight" made it harder to gain acceptance as a novelist?

Why has there been so much resistance to your fiction?

It's really dark and fucked up, not exactly John Grisham. If I would have chosen to cash in on my name, such as it was, the dreaded cult status, perhaps it would have made more sense not to do something that's even more dark and more fucked up than "Permanent Midnight." "Permanent Midnight" is like a Hallmark card compared to "Perv."

Are you concerned about being pegged a one-trick pony?

You seem surprisingly insecure about the quality of your writing.

I think when you're a lifelong failure you're sort of stunned by anything that breaks that pattern. To admit you have some kind of talent, maybe even a lot of talent, and deal with the fact that there's something else about you that is fucking you from having anything realized is almost too horrific a reality to deal with, so it's easier to be self-deprecating in that situation. All the writers and artists I know are pretty modest. I just think that goes with the territory. Maybe not all of them. Not Norman Mailer, but he's a flat-out genius, so God bless him.

But you can't say you were a total failure -- you were acknowledged for your writing at a young age.

I always knew how to write. I never knew how to live. When I won a Pushcart Prize when I was 22, I had publishers calling me up, saying, Do you have a novel? I didn't know how to return a phone call. I didn't know how to take a meeting. I was just too fucked up. I was high all the time. I was living on my own basically since I was 16 or 17, no family to go back to. Nothing. I didn't have a game plan.

Bobby, the main character in "Perv," is growing up in Pittsburgh at the turn of the '70s, like yourself. How much of Bobby is autobiographical?

I wanted to get inside this guy's head and drag people through it. The thing I like in writing is when you identify with something, almost unwillingly. You're reading something that is so mortifying, and what compounds it is the fact that you completely relate to it. That's one of the best things that can happen when people read my stuff: They're shocked, revolted, horrified, laughing, peeing themselves and at the end of it is, "God, I've been there." What I tried to do in the book, and I hate talking about this because it sounds so pretentious, is describe the state of mind and the weird mental processes of a 16-year-old, totally alienated, in more or less a state of constant semi-trauma in the world at large. That certainly was, and continues sometimes to be, my state of mind. They always say that the age at which you start using drugs on a daily basis is the age at which you stop developing emotionally, so to an alarming degree I can think like a 16-year-old because it's probably how I operate in the world. I look around at people my age and I think, What am I doing in a room full of these old men?

Do you start maturing again when you stopped using?

Yeah, so what am I now, like 21? I've just grown hair on my psychic armpits.

Did you have a lot of sexual issues growing up?

Your bond with Ben Stiller, who portrayed you in the "Permanent Midnight" film, is pretty unusual. How did it come about?

Nobody was more surprised than me. I knew him about 10 minutes, and he said, "Hey, man, do you know this book 'What Makes Sammy Run'? Why don't we write it together?" It was a pretty amazing experience. I never expected to be in "show business" again. Not that I ever was. I was just sliming through. But if you can find someone who gets what you do and your idiosyncrasies are no longer liabilities, it's great.

What's the status of the "Sammy" script?

It's dead. Every few months somebody expresses major interest. We're working on another movie. I stumbled back in because there's a couple cool people who are friends -- I did a pilot with Mark Mothersbaugh. I never thought I would do TV again, but you know what? When you have this book, and you know that's happening, and you know that's what you're about, I have no problem doing this. Because the fact is, what the fuck am I going to do? If I sold dope, I'd probably use it all. I'm a terrible criminal. I hated working at McDonald's. I have no fucking skills. So I might as well work in Hollywood to get the wherewithal to write another book, because I don't know that I'll get another book deal. If I write another book I'm sure I'll just have to sit down and fucking write it again.

At least now you're writing TV you're interested in, rather than as a means to cover your dope bills.

Yeah. And I don't do that much. I have the no-meeting clause with my agents. I don't do the meetings. I'm just that weird guy they bring in. But, hey, there's worse things to be, because I've been them.

A lot of "Perv" is dark and gruesome -- the opening chapter, for example, or when Bobby and Michelle are held captive in the car. What kind of headspace do you have to be in to produce that stuff?

For me writing is always a process of leaning as far over the abyss as you can without falling back in. When I wrote "Permanent Midnight," I fell back in. I relapsed at the end of that book and ended up strung out again. That wasn't really an issue this time. But because I'm sort of farther from that period, I can reenter it with a little bit more safety. Somehow, because I have more distance from it, I can go deeper into it. What's really the disturbing element is the ease with which you can enter a state of mind like that. I wish I could write about a happy accountant in Reseda.

Stiller has optioned "Perv." What form would it take?

I got a deal with New Line, weirdly enough, based on the outlandish yet possibly great idea of doing it as a miniseries. Sort of the anti-"Wonder Years." I don't think this would be an after-school special necessarily ... but who the hell knows? My definition of success is that whatever happens with it allows you to write another book and get that published. Everything after that is gravy. All I want is a chance to keep writing books. But it's a constant struggle. I don't think Rupert Murdoch wakes up and says, "Thank God I have 'Perv' in my life," you know what I mean? He's now the proud owner.

You cut your teeth as a pornographic writer -- was the experience of being a professional Penthouse Letters writer helpful in the kinkier aspects of "Perv"?

Erik Himmelsbach is a writer living in Los Angeles.