"On Parole" by Akira Yoshimura

A bestselling Japanese novelist depicts the grim aftermath of a grisly crime. 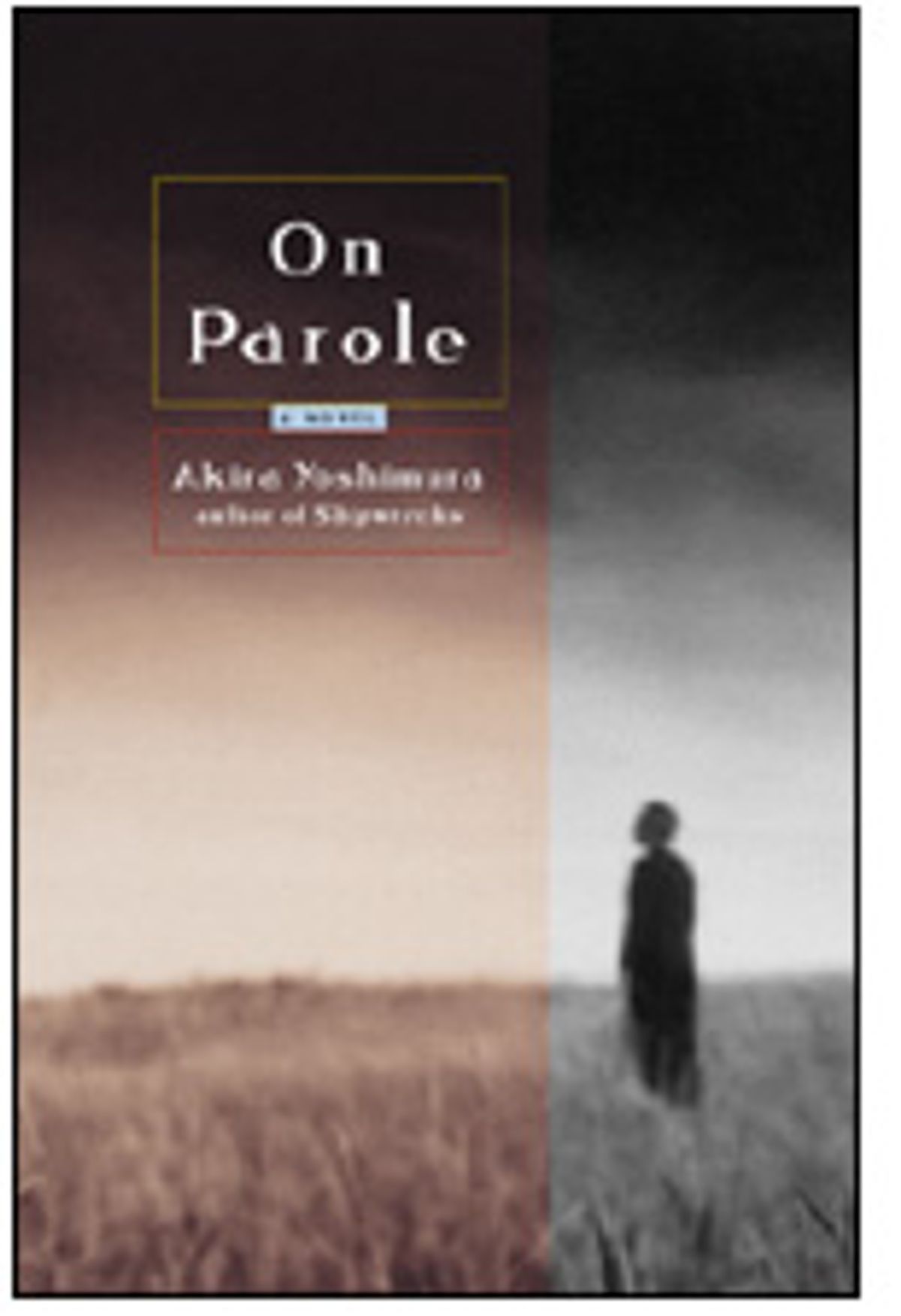 We don't know yet what Shiro Kikutani did, but it must have been grisly for him to merit life in prison. Nonetheless, his good behavior -- at least while the guards are watching -- gets him paroled after 15 years. And so this reticent middle-aged man is plunked back into society, though gradually, like a goldfish in a baggie still adjusting to the tank's temperature.

This is the premise, and much of the plot, of Akira Yoshimura's "On Parole." Yoshimura's 20 novels have all been bestsellers in Japan, but he was nearly unknown in America until the 1996 translation and publication of "Shipwrecks," a fast-paced, swashbuckling story set in a fishing village in medieval Japan. The two books have a dramatically different feel. "Shipwrecks" is gruesome, all right -- its hero is a 9-year-old boy whose fellow villagers live by tempting sailors onto shore and killing them for the food on board. It's also constructed of lively conversations, nuanced relationships between family members and rich, sharply observed details -- the smell of squid innards, the mythology in funeral rites -- of the doomed villagers' everyday lives.

The world of "On Parole" is far from colorful. Inside Kikutani's jail-trained head, order is respite and pleasure comes at a price. Confined to a solitary cell for (we eventually learn) stabbing his unfaithful wife, Emiko, wounding her lover and burning down the lover's house with the man's elderly mother in it, he has had no company save a lost housefly and his own obsessive thoughts.

When he's finally sprung, the disoriented Kikutani, who realizes that any knowledge of his crime will damn him, becomes dependent on the endlessly generous Kiyoura, his parole officer and chain-smoking guardian angel. Kiyoura finds him work at an egg farm and helps him take his first steps back into the world.

Throughout this civilized "rehabilitation," Kikutani is mostly numb. For 15 years he's thought of little but freedom; now that he is free, he seeks only to reimprison himself as a defense against chaos and censure. He misses the routines, the wake-up bell, the tiny space and regular meals. He shrinks from the world, which -- far from harboring the pastoral havens of his memory -- has turned automated and impersonal, a landscape of high-rises and freeways. The egg farm, which sounds "more like the restless clacking of countless tiny machines than the voices of birds," is a chicken jail and the monotonously disgusting work soothes him.

Yoshimura skillfully embeds Kikutani's discomfort and shame in his narrative, and the reader viscerally registers his fears of screwing up, of not having the proper thing to wear, of inadvertently revealing his past. Yet for all his understandable squirming, Kikutani remains soullessly flat. We have little sense of him as a person and know next to nothing of his former habits, background, professional life or passions -- not to mention his life with the barely sketched-out Emiko. He has become all things clipped, streamlined and alienated, as programmed as the hens dropping eggs on schedule.

And so when he does stray from his routine and sneak out on Kiyoura (and his subsequent parole officer, the grandfatherly Takebayashi), he gets into serious emotional trouble. He attempts to mourn at the grave of the old woman whose death he caused, strikes up a passionately sympathetic (and short-lived) correspondence with another ex-inmate and, driven to find something that hasn't changed, travels to a quaint town he loved in his youth only to find it choked by modern convenience. In his trancelike way, he longs to be moved to remorse by the natural, unpredictable world; each time, he fails. But he finds neither idyllic scenery to cleanse him nor inward sorrow for the lives he's taken. "His past was still coiled tightly around his heart, despite all the blank days in prison cut off from the world, and that past was waiting to be stirred up by any trivial question, was waiting to destroy him."

And so he starts to fall apart, quietly, the constant crises of the egg market (described in rather too much detail) mirroring his inner turbulence. Kikutani's final, if coerced, attempt at normal life and human feeling begins well and ends tragically.

Though the richer detail of the past sometimes floods his character's consciousness, Yoshimura keeps the present weirdly bare, and Kikutani is the essence of a cold fish. Still, as a portrait of a killer that avoids the familiar psycho terrain, the novel has an austere remoteness that is admirable in its craft. "On Parole" is built on steel scaffolding with considerable strength, if very little warmth.