The novel of the week dissects the South's heart of darkness by letting a pretty, witty and heartless female slave owner tell her story. 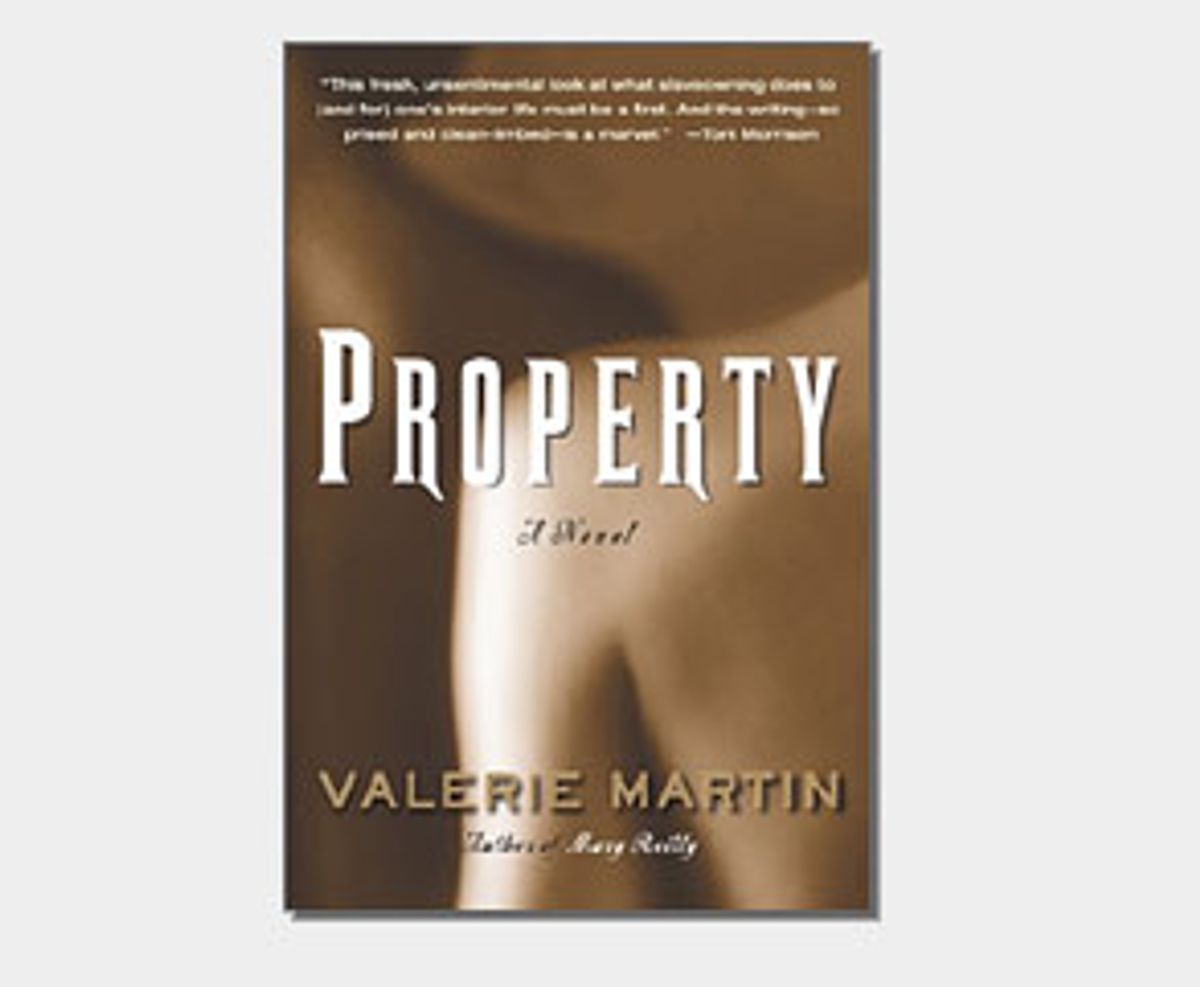 The historical novel is in a fix. While more and more writers and readers have been drawn to the form, the books themselves get worse and worse. They have been overrun with the flabbiest sort of wishful thinking. Take the example of Sena Jeter Naslund's "Ahab's Wife," an inexplicably admired book in which the heroine, married to Melville's captain and the product of a poor, rural, puritanical 19th century Kentucky home, inexplicably possesses the enlightened secular liberal attitudes of a 20th century Marin County housewife.

It's a stupid premise that reinforces the complacency of contemporary readers and absolves the author from coming to terms with the past. This makes for not just bad art but also a shirking form of cowardice; it implies that the values held by right-thinking people today should have been obvious to any decent person of any previous era because they are eternal, essential truths and therefore subject to no revision. We have achieved perfection.

But there are some novelists who understand that the past, particularly the 19th century, is a minefield, not a cozy fictional theme park. Valerie Martin's "Property" is a ferociously honest book attacking a subject that has long been wrapped in what her heroine calls "lies without end": race in America. So much ink has been spilled on the topic, and so much of it pabulum and equivocation, that you wouldn't think any writer could find a way to make it fresh or show you anything new, but Martin has. "Property" is the kind of novel that reminds you that literary fiction still has the power to take us where no other art form can, and that in doing so it can remake the way we understand ourselves.

The narrator of "Property" is Manon Gaudet, daughter and wife to Louisiana planters and a woman of beauty and wit. In 1828, when the novel begins, she is mired in a hellish marriage to a man she despises. Her husband is dull; he talks only of sugar cane (his chief crop), hunting and drinking; he has no appreciation of "art and music" and compels his slaves to play at bizarre and sadistic "games" with creepy sexual overtones.

But Manon's chief complaint against him is his infatuation with Sarah, a slave who had been given to Manon as a wedding gift and who has borne him a simple-minded son. Her bitterness over his determination to "outrage decency every day of his life" festers until she believes that he has "drained the color from every scene, the flavor from every bit of food, the warmth from every exchange of sentiment. He had not so much destroyed my life as emptied it."

Manon is not so different from disillusioned wives everywhere, and the conviction with which she blames her husband for her misery has a familiar ring. She has just cause to feel benighted, though, when her mother dies in a cholera epidemic and leaves her a carefully tended inheritance that, by law, she cannot protect from her wastrel spouse. "The laws of this state are designed to provoke the citizens to murder," she observes to a shocked relative, and while murder might be just beyond her nerve, she freely hopes that her husband will be killed while patrolling a countryside troubled by rumors of a coming slave revolt.

But whatever Manon's own restiveness within the constraints of a white Southern woman's lot, she spares no sympathy for Sarah or any of the other "servants" (as she calls them) in her husband's house. Manon is intelligent and observant, but -- and this is central to Martin's conception of her -- she has no imagination. She can tell that Sarah hates her husband as much as she does and takes some bitter comfort in their shared antipathy, but it never occurs to her to wonder what it must be like to suffer the wrenching abuse of slavery, the routine loss of loved ones and relatives, the beatings, the insults (and Manon, an irritable woman, dishes out plenty of these). Though she agonizes over her own lack of freedom, she cannot see that those around her are subjected to an even harsher bondage.

Martin has the guts to offer her readers the unvarnished voice of Manon's time; her heroine is too unsympathetic to appeal to the feel-good book-group audience that gobbles up the likes of "Ahab's Wife." Still, the novel needs something to keep us willing to ride out Manon's casual cruelty and moral blindness. It is her toughness that does this, the sheer force of her will, and this makes Manon a shadow sister, a rewriting, of Scarlett O'Hara, the iconic selfish Southern beauty. Her heroine's survival of the much anticipated slave revolt is Martin's overt nod to Margaret Mitchell (think of Scarlett shooting that damn Yankee and swearing never to go hungry again), but Manon is the product of a less muddled and romantic mind.

Manon is an atheist (a legacy from her adored father) and convinced that she has stripped herself of all illusions. The fierce wit and brutal frankness with which she asserts her cynicism is one of the novel's pleasures. "Dearest sister," her preening brother-in-law tells the grieving Manon, "You have been in my prayers every minute." "Do you pray so often?" she replies. Of the purchaser of a large Louisiana estate, she pronounces, "He has come out of the North like a god, possessed of more money than sense and a fantasy about being a planter that I've no doubt will rob him of both." She makes hash of her unfortunate, if boorish, husband. It is hard not to form an attachment to a narrator so firmly in command of the language (there are echoes of Jane Austen here and there), so when Manon lets loose with a fantastically deluded speech to Sarah about the irresponsibility of "you people," the reader herself is compromised.

Paradoxically, it is Martin's scrupulous faithfulness to the past that allows her novel to resonate with the present. "Property" shows how easy it is, even for the astute, to adopt the prevailing notions of one's age, to allow deeper contradictions to go unquestioned, and to protest only when our own rights and comforts are curtailed. And it reminds us that those who suffer injustice are not necessarily any wiser or more compassionate for the experience. We can see through Manon's preoccupation with her own troubles to the vast panorama of pain beyond her ken. But that is due to the fortunes of history, and who's to say what nightmares might be equally invisible to us?