The mouse that censored

What's in Michael Moore's "Fahrenheit 911" that Disney doesn't want you to see? 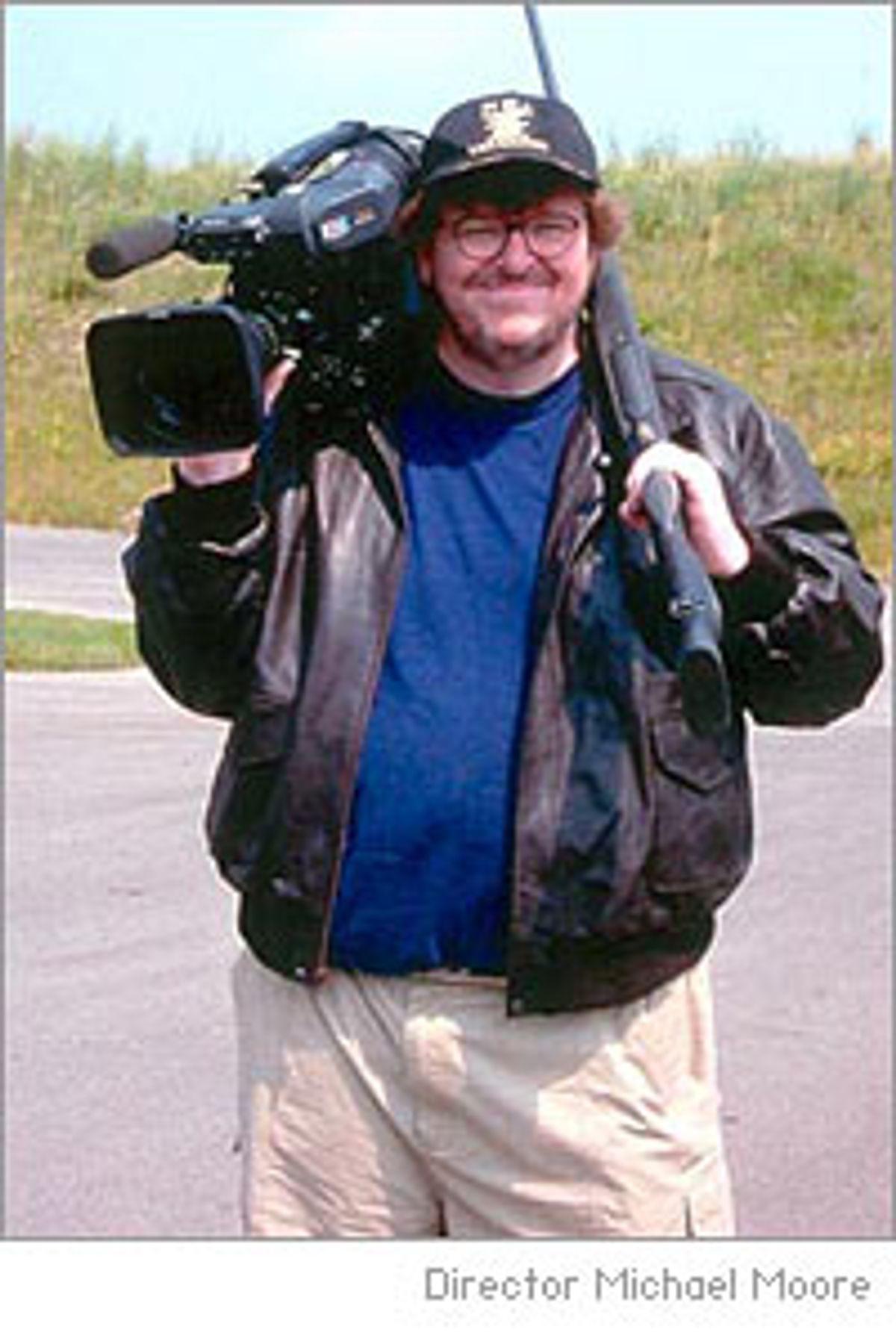 On a gorgeous March day, Michael Moore and I strolled outside the fortresslike Saudi Arabian Embassy on New Hampshire Avenue in Washington. I had just finished writing my book, "House of Saud, House of Bush," and the Oscar-winning director was interviewing me for his new movie, "Fahrenheit 911," which explores the links between the Bush family and the Saudis. Before long, security officers began cruising warily through the area, taking note of Moore and his film crew. For a few minutes, the crew worried that Saudi security would not allow the shooting to continue. But then, in a breathtaking display of P.R. savvy, a young Arab woman in Western attire burst out of the embassy and ran toward Moore. "Mr. Moore, Mr. Moore!" she exclaimed. "We're such great fans of yours!"

Right. It is highly unlikely, of course, that Moore's new movie will ever be shown in the repressive Saudi kingdom that is the guardian of Wahhabi Islam, but Tuesday a serious question arose as to exactly when and if it will be shown in the United States after the Walt Disney Co. announced that it was blocking distribution of Moore's film.

The announcement was the latest skirmish in an ongoing series of media battles that has seen the Sinclair Broadcast Group ban ABC's "Nightline" homage to the Americans who have died in Iraq and Clear Channel remove shock jock Howard Stern, a recently converted critic of President Bush, from its radio stations.

The reasons behind Disney's decision are not hard to fathom -- they have to do with politics and money. In "Fahrenheit 911," Moore takes a critical look at President Bush's actions before and after 9/11 and examines the president's ties to prominent Saudis, including both the royal family and the bin Ladens. According to Moore's agent, Ari Emanuel, Disney fears that if it distributes the anti-Bush movie, Jeb Bush, the Florida governor and the president's brother, might withdraw tax breaks that Disney gets in Florida for its theme park and hotels. Disney CEO Michael Eisner "definitely indicated there were tax incentives he was getting for the Disney corporation," Emanuel told the New York Times. "He didn't want a Disney company involved."

Moore said in response, "At some point the question has to be asked, Should this be happening in a free and open society where the monied interests essentially call the shots regarding the information that the public is allowed to see?"

But exactly what is in the movie that could so alienate the first family? I have some idea because Moore interviewed me for the movie for several hours, both in front of the Saudi Embassy and on the roof of the Hay-Adams Hotel in Washington, with the White House in the background. Moore had been among the first to assert in the press that a large-scale evacuation of prominent Saudis from the United States began shortly after 9/11 -- for which he was derided by critics as a conspiratorialist.

As it happens, my research for "House of Bush, House of Saud" backed up his charges. As I told him during the interview for the movie, denials from the FBI, the Federal Aviation Administration and the White House itself notwithstanding, I had found a total of eight planes stopping in 12 American cities, picking up over 140 passengers, including more than two dozen members of the bin Laden family. I recounted the story of how two young Saudi billionaires, Salem bin Laden and Khalid bin Mahfouz, had journeyed to Houston in the '70s and become friendly with James Bath, a friend of George W. Bush's in the Texas Air National Guard. And I told of how the Saudis had put more than $1.4 billion in investments and contracts into companies tied to the Bushes and their close associates.

Of course, Disney's refusal to distribute the movie does not mean another distributor won't be found. As the controversy broke into the open, Moore was busily readying his movie to be shown at the Cannes Film Festival next week. And in a message on his Web site he seemed optimistic that the movie would be seen this summer:

"For nearly a year, this struggle has been a lesson in just how difficult it is in this country to create a piece of art that might upset those in charge (well, OK, sorry -- it WILL upset them ... big time. Did I mention it's a comedy?). All I can say is, thank God for Harvey Weinstein and Miramax who have stood by me during the entire production of this movie ... I will tell you this: Some people may be afraid of this movie because of what it will show. But there's nothing they can do about it now because it's done, it's awesome, and if I have anything to say about it, you'll see it this summer -- because, after all, it is a free country."