Hollywood celebs speak out in Boston

Rob Reiner blasts Nader, while "The West Wing's" Richard Schiff says it was a mistake for the show to veer to the right. 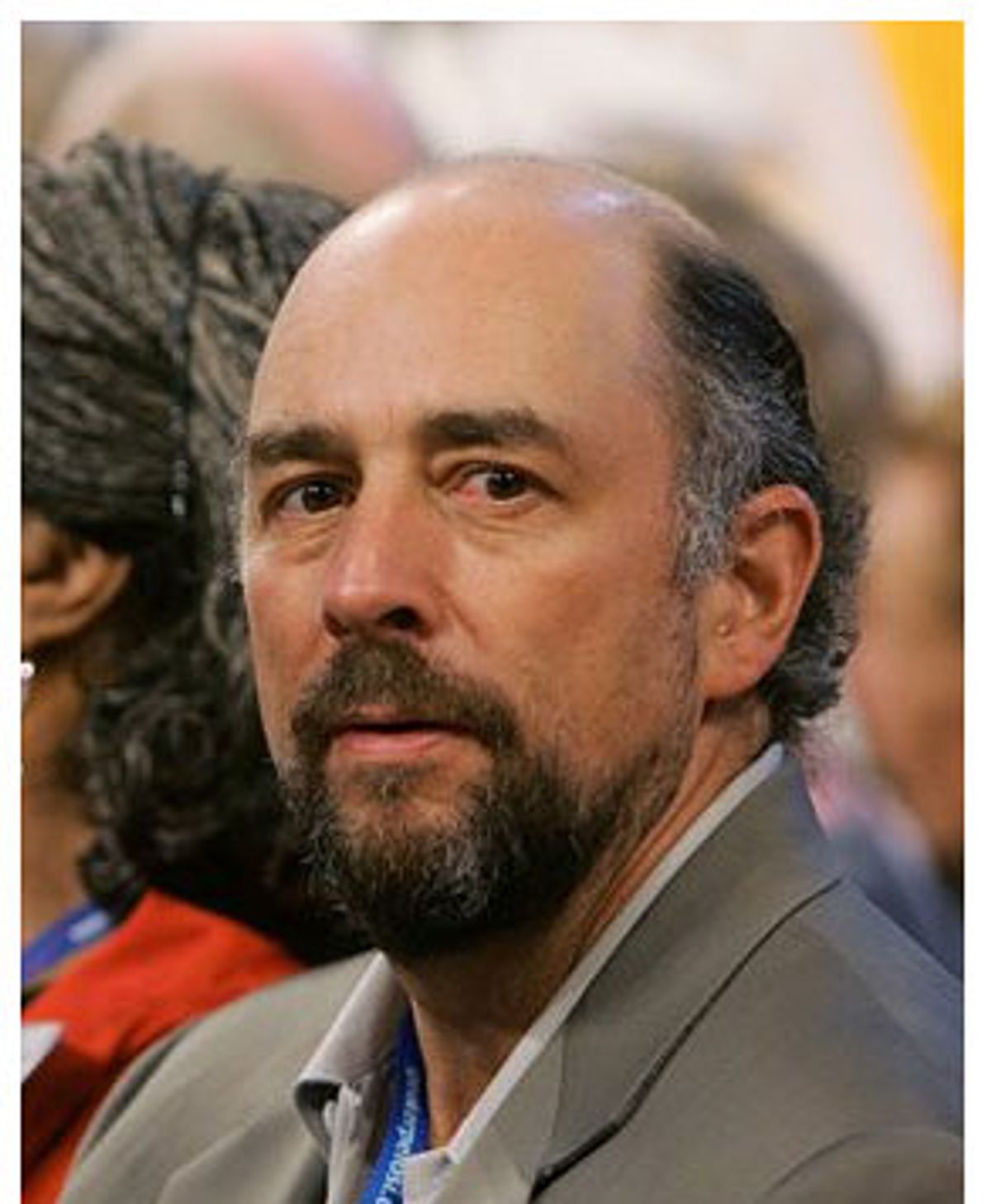 Hollywood celebrities are everywhere in Boston this week, and nobody is more everywhere than Ben Affleck. The 31-year-old actor seems to have shown up at every party, appeared on every interview show, and taken a surprise star turn at meetings for every state delegation. Wednesday afternoon, he was firing up the faithful at a gathering for the Gay, Lesbian, Bisexual and Transgender Caucus.

"Gay and lesbian and transgender Americans are exactly that -- Americans," Affleck said as a crowd of about a thousand roared its approval. "They're entitled to the same goddamned right as any other American, and to say otherwise is outrageous and offensive."

The Democratic Convention has transformed Boston into Hollywood, at least for a few days. While blue-blazered pols and their fans outnumber anyone else, A-listers and B-listers from the other coast shimmer around town, stirring up excitement in the way that a chance sighting of Dick Gephardt sometimes fails to do.

Glenn Close spoke from the podium Monday night. Bono has been seen on the convention floor, and Jerry Springer never seems to leave. Members of the cast of "The O.C." and the band Everclear have been around, and Black Eyed Peas, Los Lobos and the Neville Brothers have performed at a number of events.

Two of the more thoughtful members of the Hollywood contingent were in the halls of the Sheraton Wednesday, making their way through a series of caucuses. One, producer Rob Reiner, is a longtime Democratic activist. The other, Richard Schiff -- he plays presidential speechwriter Toby Ziegler on "The West Wing" -- is a relative newcomer to the world of partisan politics.

Salon talked with both of them about the coming election, the role of Ralph Nader and -- yes -- what advice Toby Ziegler would have for John Edwards and John Kerry.

Reiner was an early endorser of Howard Dean and helped introduce him to Hollywood and its money. Although one former Dean campaign worker grumbled Wednesday that Dean's tepid convention speech was "the worst one he'd ever given," Reiner said he was happy with Dean's performance and excited to help him keep Democrats motivated -- and to keep Nader from draining votes away from Kerry.

What do you do to neutralize Nader?

You just get out and remind people of what happened in 2000. Ultimately, there are a lot of people who are going to swing over to Kerry because they realize what's at stake. There's so much more at stake than we thought was at stake in 2000.

People may have thought they had the luxury to make a different decision in 2000. Some voters are waking up now and saying, "Who knew?"

We kind of did know.

But if we knew, why didn't more people vote like they knew in 2000?

Because the Republicans spent a lot of money and effort, and Ralph Nader, frankly, perpetrated what is to me the worst lie in the history of American campaigns, which is that there was no difference between Bush and Gore.

Nobody thinks that anymore.

No, and I think that anybody who is going to vote for Ralph Nader now is somebody who would never vote for Kerry anyway. If Nader is on the ballot, they'll vote for him. If not, they'll stay home.

Richard Schiff is in Boston this week as part of the nonpartisan Creative Coalition. Although he plays a passionate and unapologetic liberal on "The West Wing," Schiff says he has come to partisan politics slowly, reluctantly, over the last four years -- and that the Bush administration has left him no choice.

Toby Ziegler is a real Howard Dean-style Democrat. What are your politics?

I've never been registered in any party. I like to think of myself as an independent thinker, and I don't believe in partisan politics. Signing up for one party or another automatically makes you start rooting for a party as opposed to an issue or an individual candidate. You know, years ago Mayor Lindsey switched from being a Republican to a Democrat, and I thought he was a pretty good mayor on certain things, especially for the arts. So you know, [his party affiliation] didn't mean anything.

Has that changed in the last four years? Does party affiliation matter for you now?

Well, the current reign in the White House has made it very much a partisan split -- a schism in the country -- and it is almost necessary to take sides. I hate that I've been forced into a corner. But now, unless a candidate proves otherwise, even on the local level, I'm going to have to vote Democratic.

What issues matter to you?

Retaining our claim to democracy is one. President Clinton gave an incredible speech the other night -- you know, "forming a more perfect union." We've been fighting, living and dying for 200 years to continue the tradition of forming a more perfect union. Sometimes we regress, but it's all formulated on the dialectic and discussion. It's not dictatorial and not based on rigid pillars of ideology.

I did. You know, I play a very smart and impassioned character on television, but I was fairly stupid and placid back then. I very nearly did not vote for Al Gore. I almost voted for Ralph Nader. I would have been very upset had I done it in retrospect. I think we were a very placid and uninterested electorate back then. I think now we're converging on one of the major turning points in my lifetime, and anyone who remains placid about this election needs to seriously reexamine where they're at.

Are you a little more like Toby Ziegler now?

It's a very good question. Yes, I am.

Does that bother you?

It's bothering me more and more. At first it bothered me on the level of our artistic expression being worn down. But the two things might go hand and hand.

Do you attribute the show's swing right to the fact that its creator, Aaron Sorkin, is no longer involved with it?

I think Sorkin was a bastion against the corporate influence over art and television. He created a barrier, a buffer zone, against the corporate influence. We're now under a regime that is more corporate. I don't know if their politics are more to the right. I don't think so. I think it's that they perceive -- in my opinion, incorrectly -- that they'll garner more of an audience. And it's not accurate based on [my experience]. If I were at the Republican Convention in New York -- which I would like to go to but won't be able to because of work -- I would get a very similar reaction to the one I get here: People would come up to me and say, 'We watch you every week, we love you,' and they might say, 'We disagree a little bit with your politics.' And I think the reason is that, on our show, we create a discussion. Even though our conclusions might be a little left, we create a discussion, and we enlighten, for the rest of the country, what these great public servants and politicians do. And 99 percent of them are remarkably dedicated people.

The show is one of the few places in the media where politicians are portrayed, at least usually, as noble figures.

Yeah, I think you're right.

What would Toby Ziegler be telling John Kerry and John Edwards about their convention speeches?

He wouldn't be verbally telling them anything. He'd be writing it for them.

Sometimes it's nice to be the actor.

Yeah. But I would say that an honest message will always dig itself deeper into the bones, the blood and the heart of people. So as impassioned and as enraged as they might be, or as hopeful, keep the message truthful. That's what he'd say.