"The U.S. was the superpower not only militarily, but economically. That position is not likely to be restored" 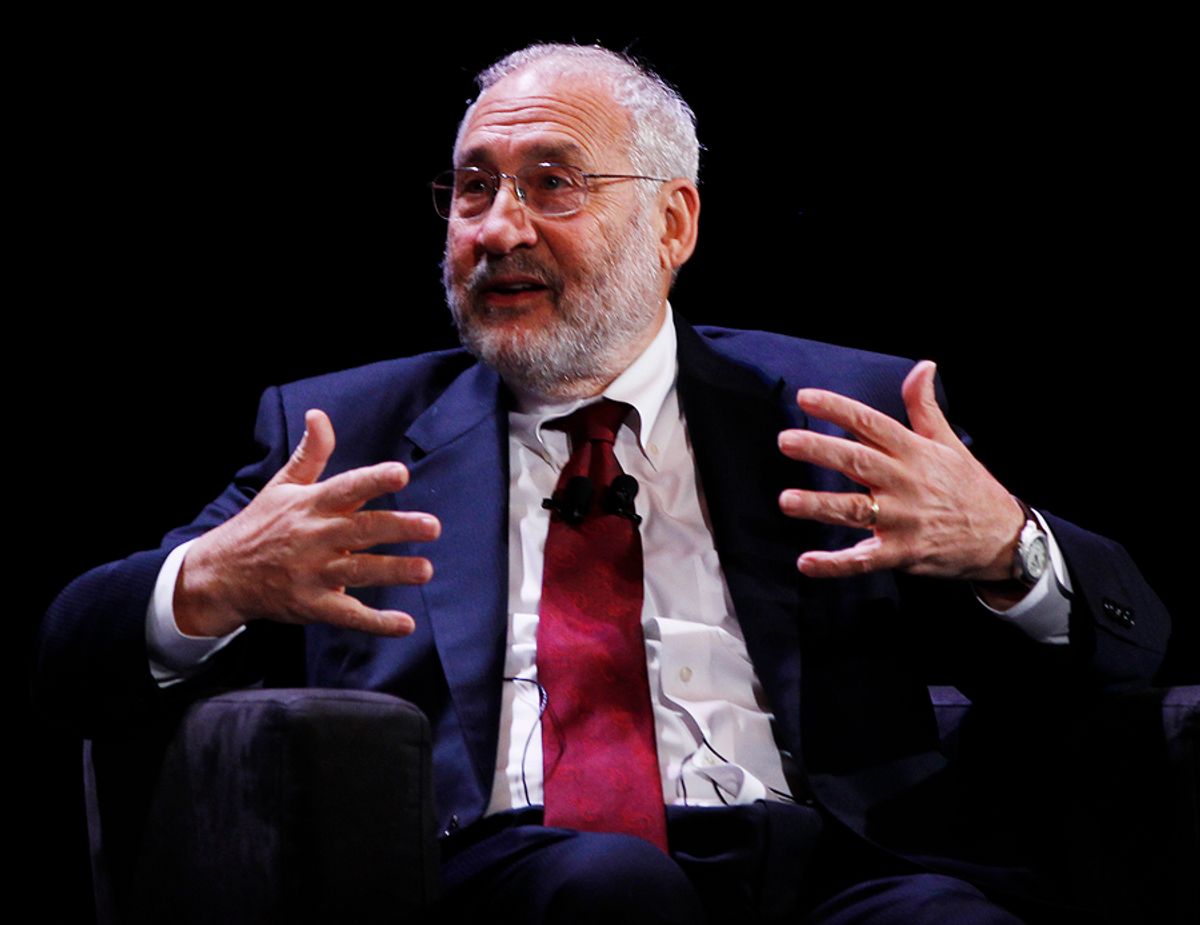 This is the final installment of "The Influencers," a six-part interview series that Lynn Parramore, a media fellow at the Roosevelt Institute, is conducting for Salon. She caught up with Nobel Prize-winning economist Joseph Stiglitz to discuss global imbalances and America’s evolving role on the world’s economic stage.

Lynn Parramore: People have said that before the crash, the U.S. provided the world’s consumer of last resort. How much has the world changed in that respect?

China is running a massive export surplus, and this is beginning to emerge as a political issue. What’s your take on this?

Well, China’s problems are distinctive, and in some ways just the opposite of ours. They have a savings rate of 50 percent. China’s not the only country that’s running large surpluses; Germany’s running surpluses that are largely comparable as a percentage of GDP, and Saudi Arabia has surpluses that are also large. The focal point of the debate in the United States has been exchange rates -- concern that the exchange rate between the U.S. dollar and Chinese currency is distorted by government intervention on their part. Adjustments of exchange rate are not likely to fully resolve the problem of global imbalances. In fact, from 2005 to 2008, the time when the crisis occurred, China had basically increased the value of its currency by 20 percent, which is about two-thirds of what most people had thought was the exchange rate adjustment that was needed.

Even if China continues to allow its exchange rate to appreciate, it is not going to solve the U.S. problems. The U.S. will be buying apparel and textiles from Sri Lanka, Bangladesh. It’s not likely to start making them itself. And so it is a shifting of blame to say that is the U.S. problem. The problems in the U.S., I think, are more fundamental. It does hurt Sri Lanka and Bangladesh to have an exchange rate that might be distorted in that way, but it won’t resolve the more fundamental problems of America’s trade deficits.

Policy-makers often talk about the U.S. as the world’s indispensable nation. Is that consistent with how you view America’s place in a post-crash world economy?

Well, America is still the largest economy in the world, and in that sense it is going to continue to be a central player. Even the most optimistic forecast for China’s growth suggests that it will be a quarter century before China is comparable in size, and even then, China’s per capita income will be markedly lower than it is in the United States. And I think the United States is likely to continue to be the source of innovation, the source of higher education. So, the role of the U.S. is going to continue to be very, very strong. But there was a short period between the end of the Cold War and the crash of Lehman Brothers where the U.S. was the superpower not only militarily, but economically. It had a very strong role in dictating the terms of international agreements. That position is not likely to be restored.

It’s very clear that the IMF has taken a much more constructive role in this crisis than in earlier crises. Dominique Strauss-Kahn as the leader has really changed many of the policies and orientations, talked about the importance of unemployment, the necessity to have counter-cyclical fiscal policies, so in that way there has been a very big change in the role of the IMF. On the other hand, there is concern that if the IMF could change so quickly in one direction, it could change just as quickly back to where it was, and that raises very fundamental issues about governance, the need for changes in governance to make sure they are reflective not only of the advanced industrial countries and not only of the financial sectors in the advanced industrial countries, but of a broader representation of views.

Eli Pariser on the future of the Internet (Oct. 8)