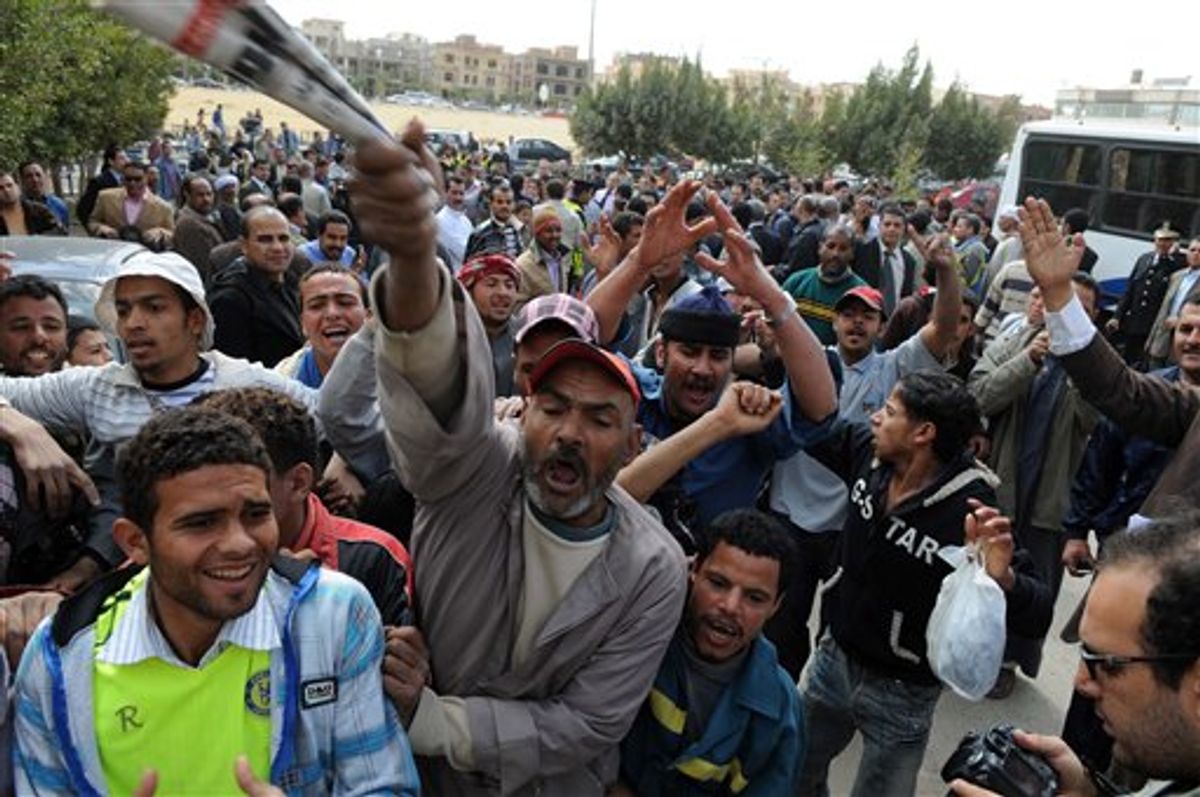 Egyptian protesters shout slogans as they gather to call for the trial of members of ousted President Hosni Mubarak in front of a court in Cairo, Egypt, Tuesday, March 8, 2011. An Egyptian court on Tuesday rejected an appeal by ousted President Hosni Mubarak and his family against a top prosecutor's move to seize funds that could total in the billions of dollars. The decision clears the way for a criminal investigation and a possible trial of Egypt's ousted leader. (AP Photo/Hussam Ali) (AP)
--

A protest by hundreds of Egyptian women demanding an end to sexual harassment and equal rights has turned violent when men verbally abused and shoved the demonstrators.

The women who marched to Cairo's central Tahrir Square to celebrate International Women's Day Tuesday were outnumbered by men who told them that they should go home where they belong.

Sexual harassment remains widespread in Egypt. Women are also afraid to report sexual assault or harassment, fearing they and their families will be stigmatized.

A 2008 survey by the Egyptian Center for Women's Rights found that 83 percent of Egyptian women and 98 percent of foreign women in Cairo said they had been harassed -- while 62 percent of men admitted to harassing.