Why the jobs crisis is about to get worse 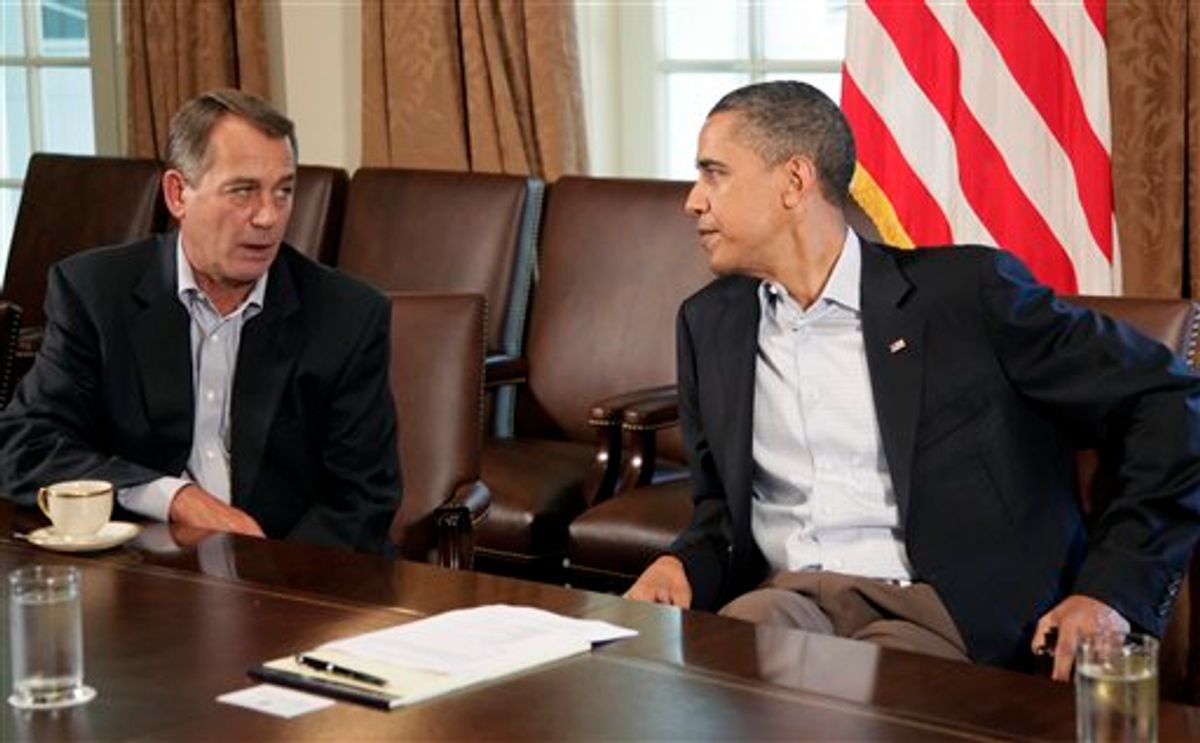 We now live in parallel universes.

One universe is the one in which most Americans live. In it, almost 15 million people are unemployed, wages are declining (adjusted for inflation), and home values are still falling. The unsurprising result is consumers aren't buying -- which is causing employers to slow down their hiring and in many cases lay off more of their workers. In this universe, we're locked in a vicious economic cycle that's getting worse.

The other universe is the one in which Washington politicians live. They are now engaged in a bitter partisan battle over how, and by how much, to reduce the federal budget deficit in order to buy enough votes to lift the debt ceiling.

The two universes have nothing whatever to do with one another -- except for one thing. If consumers can't and won't buy, and employers won't hire without customers, the spender of last resort must be government. We've understood this since government spending on World War II catapulted America out of the Great Depression -- reversing the most vicious of vicious cycles. We've understood it in every economic downturn since then.

The only way out of the vicious economic cycle is for government to adopt an expansionary fiscal policy -- spending more in the short term in order to make up for the shortfall in consumer demand. This would create jobs, which will put money in people's pockets, which they'd then spend, thereby persuading employers to do more hiring. The consequential job growth will also help reduce the long-term ratio of debt to GDP. It's a win-win.

This is not rocket science. And it's not difficult for government to do this -- through a new WPA or Civilian Conservation Corps, an infrastructure bank, tax incentives for employers to hire, a two-year payroll tax holiday on the first $20K of income, and partial unemployment benefits for those who have lost part-time jobs.

Yet the parallel universe called Washington is moving in exactly the opposite direction. Republicans are proposing to cut the budget deficit this year and next, which will result in more job losses. And Democrats, from the president on down, seem unable or unwilling to present a bold jobs plan to reverse the vicious cycle of unemployment. Instead, they're busily playing "I can cut the deficit more than you" -- trying to hold their Democratic base by calling for $1 of tax increases (mostly on the wealthy) for every $3 of spending cuts.

All of this is making the vicious economic cycle worse -- and creating a vicious political cycle to accompany it.

As more and more Americans lose faith that their government can do anything to bring back jobs and wages, they are becoming more susceptible to the Republicans' oft-repeated lie that the problem is government -- that if we shrink government, jobs will return, wages will rise, and it will be morning in America again. And as Democrats, from the president on down, refuse to talk about jobs and wages, but instead play the deficit-reduction game, they give even more legitimacy to this lie and more momentum to this vicious political cycle.

The parallel universes are about to crash, and average Americans will be all the worse for it.