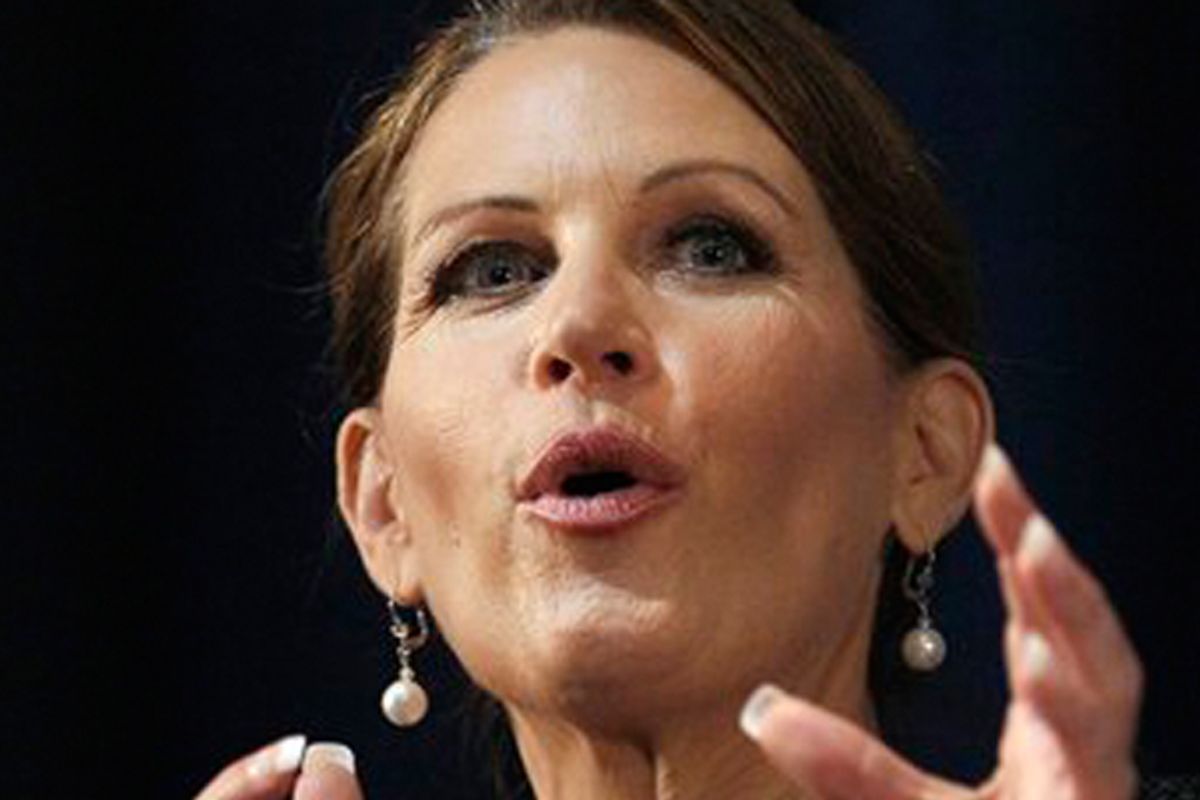 As you might have heard, Michele Bachmann's entire five-member campaign staff in New Hampshire quit a few days ago. Obviously, this was an embarrassing development for Bachmann, further confirmation of her return to fringe candidate status after her brief surge this summer.

But things got worse this morning when the staffers decided to release a lengthy, unpolished and unusually blunt statement accusing the campaign's national leadership of "rude, unprofessional, dishonest, and at times cruel" behavior toward the New Hampshire team and explaining their decision to leave. (The full statement can be read here.)

The good news, if you can call it that, for Bachmann is that the staffers make it clear that they still like and believe in her. "It saddens this team to see a dedicated patriot - a person so desperately needed in the White House - sequestered behind a wall of pretense, guarded by political operatives consumed by their own egos," they write. Nonetheless, their account can also be read as an indictment of Bachmann's leadership: Griping between state and national forces on a campaign is common, but mass resignations and tell-all statements are something else entirely. Is this the sort of chaos and disorder that Bachmann breeds?

That question seems reasonable when you consider the other embarrassments that former staffers have caused Bachmann. One of her former chiefs of staff, Ron Carey, has pronounced her unready to be president, endorsed one of her opponents, and criticized her for being excessively impulsive. Carey is just one of the six chiefs of staff Bachmann has churned through since her arrival in the House in 2007, a point that Ed Rollins, who stepped down not long ago as Bachmann's campaign manager only to immediately get into a public war of words with her, was happy to make recently.