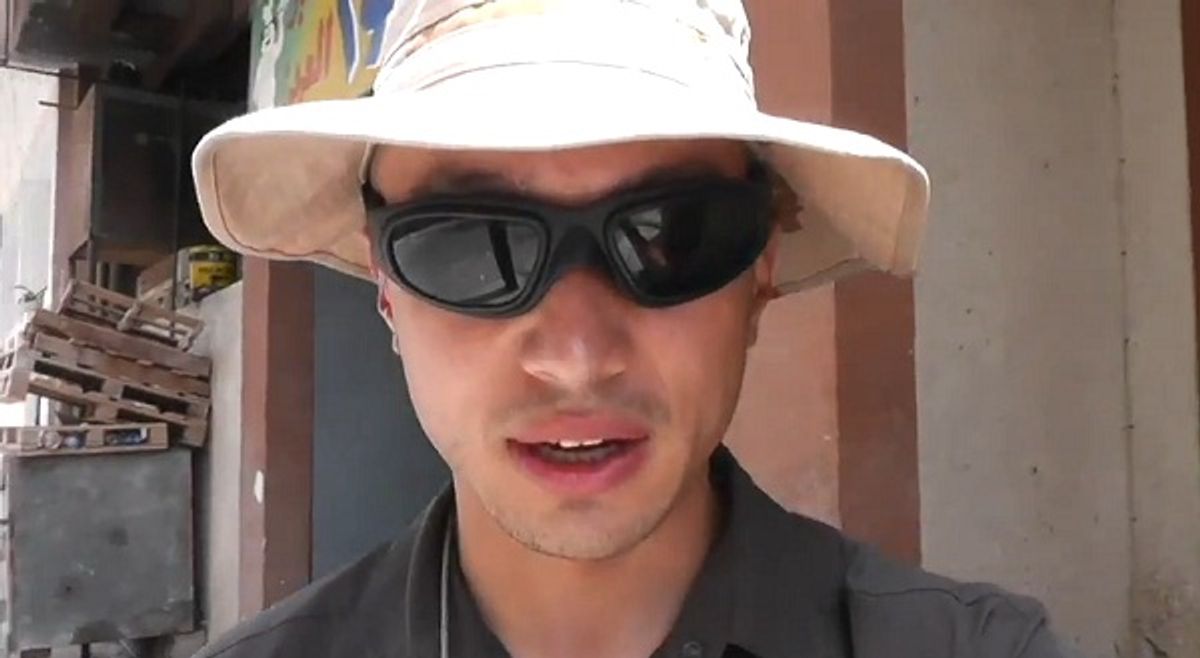 NPR's "Morning Edition" profiles Kevin Dawes, a brave young American who went to Libya as a medical aid worker last summer, but who ended up taking up arms against pro-Gadhafi forces. It's an inspiring tale of one man's courage, and also one man's possible mental illness. Because as numerous NPR commenters have pointed out, Dawes isn't a "medical aid worker," he's an unbalanced Internet forum troll who taught himself rudimentary medicine on YouTube.

Michael Woodward comments, below the story:

Kevin Dawes was not a "medical aide worker" he is a self styled medic who taught himself the "skills" through youtube. He has no firearms training and is suffering severely from delusional and paranoid behavior. He is a danger to himself and others. In other stories about him, it is said even that battle hardened rebels are afraid of him and think he is crazy. This story is not researched and needs to be fact checked. I am sure that if you do search for some of his old screen names (try Caro)you will find some of his postings. Also, check out his blog and youtube channel- you will find he is not what this article portrays him to be.

Dawes has been repeatedly permanently banned from the rowdy Internet forum Something Awful for being not just a troll, but a troll widely assumed to be suffering from a possible severe personality disorder due to his insistence that he was the victim of a far-reaching conspiracy involving the San Diego police acting in league with forum moderators. (Upon one banning, moderators advised him, "seek professional psychiatric help and get back on meds!")

Regardless of his history of trolling SA, he is still performing medicine -- operating on people, according to one YouTube video that he's since made private -- without any sort of professional medical training at all, which shouldn't be encouraged even when it's not done by unbalanced war tourists.

This isn't to say that he wouldn't make a fascinating subject for an in-depth profile, but ... his claims probably shouldn't just have been taken at face value.

NPR has deleted at least a few comments pointing out Dawes' online history, though others remain.