Being governor and running for president at the same time must be hard, and other insights from K-Lo 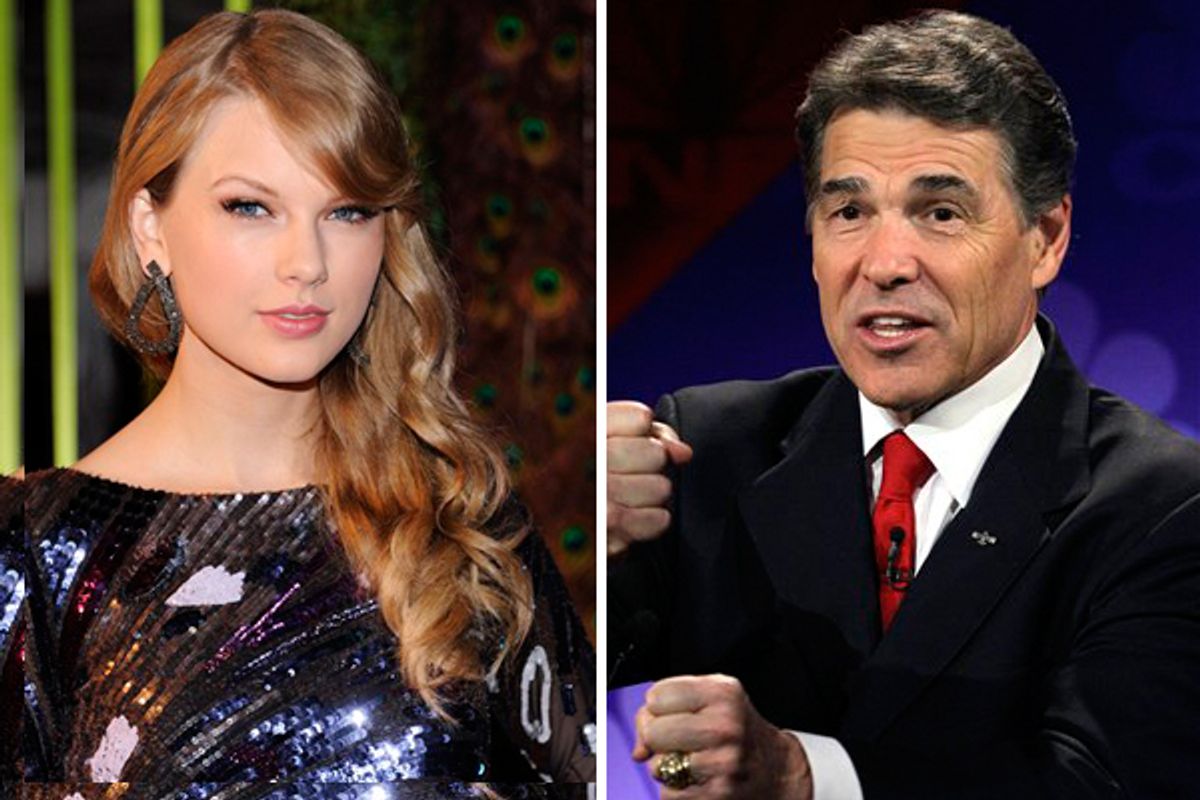 Let's check in with National Review's Kathryn Jean Lopez, shall we? Lopez, the world's greatest political blogger, has made two very compelling points about last night's Republican debate. The first, made shortly after it ended:

In all seriousness, it cannot be easy to be governor of Texas and run for president at the same time.

This morning, she published a longer reaction to last night's debate, informed by a night of careful consideration. "These candidates aren’t half bad," she declares. "I do wish Santorum would have his moment," she sighs, wistfully, imagining herself chastely holding hands with the former senator on a lovely spring day as they block the entrance of a Planned Parenthood clinic.

The winner of the night was the delightfully talented young Taylor Swift, though, who just won the Country Music Awards “Entertainer of the Year” award. Who scheduled country-music awards the same night as a Republican party debate? CNBC wins for ending the debate in time for the Glen Campbell tribute.

(The commenters are similarly unimpressed with this item, or at least many of them don't really understand what Taylor Swift has to do with anything. AndrewTP: "For some reason you seem to have been brainwashed into believing that Taylor represents your side in a culture war, a belief for which there is no evidence." Uh oh, they're catching on! Quick, Rich Lowry, write a post about how you heard a liberal New Yorker disrespect NASCAR or something!)