How to solve the corporate tax problem

Our globalized economy creates too many loopholes for multinational firms. It's time to push for a universal system 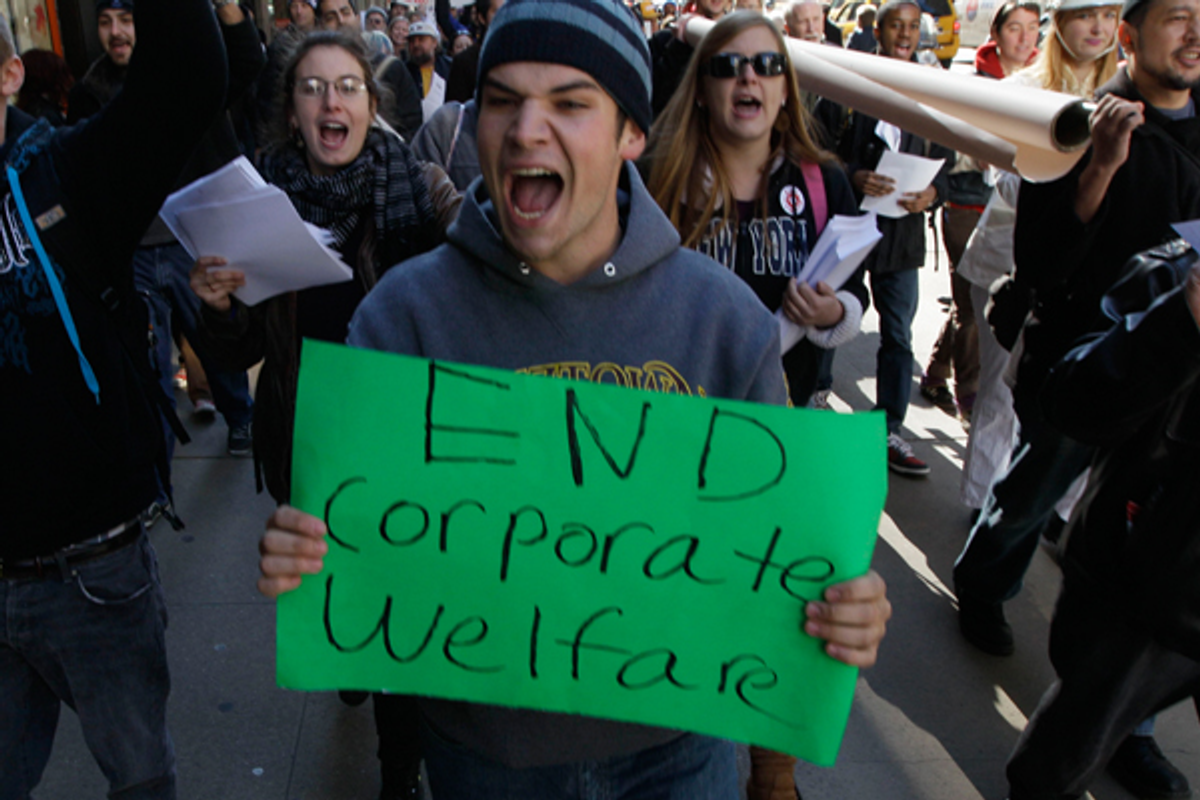 The United States is teeming for tax reform. Obama speaks eloquently of the rich “paying their fair share” while Republicans pledge never to raise taxes. Warren Buffett is taxed less than his receptionist. Occupiers rally for the 99 percent, while Tea Partyers rally behind 9-9-9.

Meanwhile, 25 of the Forbes top 100 companies paid their CEOs more than they paid Uncle Sam in 2010. Some of the big names are GE, Prudential and Verizon, all of which paid their CEOs well over $10 million, but paid no income tax whatsoever.

That’s right, they paid nothing. This is especially strange since the U.S. recently surpassed Japan as the country with the highest corporate tax rate, weighing in at 35 percent.

But the rate doesn’t tell the whole story. Current rules for multinational corporations (MNCs) allow companies to defer income earned in other countries, effectively paying no taxes at all until the money is returned to the U.S., or “repatriated.” Companies can defer income indefinitely, and are currently salivating at the prospect of a tax holiday that would allow repatriation at a meager 5.25 percent. In the last holiday of 2004, higher corporate margins did not lead to more jobs.

Beyond deferrals, MNCs also can deduct taxes paid to foreign governments from their U.S. tax burden, and can even offset credits earned in high-tax countries onto income earned in low-tax countries.

These complex tax provisions are easy for some firms to exploit, especially if they have lots of tax attorneys. Last year, Bloomberg exposed Google’s fancy tax-avoidance technique known as the “Double Irish” and the “Dutch Sandwich.” (No, it is not a fun game of jump-rope.) While selling America’s intellectual property rights to overseas subsidiaries, Google aligned loopholes in four countries’ tax codes, ultimately reducing its total tax burden to 2.4 percent. In fairness, Google’s CEO made a measly $313,219.

This tendency of MNCs to find complementary loopholes among countries harkens back to the pre-globalization era, when multistate companies would shift operations to the lowest-tax states. The race to the bottom of tax revenues was relieved when states pooled their collective bargaining power to create more consistent tax rules.

To end the race to the bottom, states adopted a new approach to taxation. Known as formulary apportionment (FA), companies divide their total tax burden among host states based on the percentage of sales (and sometimes payroll and property) located in each state, rather than on the elusive headquarters’ location. The apportionment approach increases simplicity (which businesses love) and increases tax revenue (which governments love.) That’s what we call a win-win.

Of course, firms would not be happy with the change if it increased their tax burden. A shift to FA could be paired with lower tax rates to be revenue neutral, so America would no longer have the highest corporate tax rate. Policies designed to be revenue neutral, however, should err on the side of the Treasury, especially if we truly want to reduce the deficit.

The best global scenario is for all countries to adopt apportionment, so that MNCs would have one general tax rule to follow, rather than the current system where MNCs have different rules for every country in which they operate.

In the short term a truly global policy is unlikely. But the EU is now considering moving to apportionment, creating an opportunity for the U.S. to collaborate with Europe. We may even be able to leverage a U.S./EU partnership into a larger OECD policy. Basing taxes on sales would create a reasonably level playing field among all adopting countries. It’s time the private sector stop holding all the bargaining chips.

Even in the less ideal event that the U.S. adopt apportionment unilaterally, we would be at a competitive advantage for start-ups, since companies could avoid being doubly taxed on domestic sales. This would likely spur other countries to adopt FA. Some supporters of FA include Jason Furman, Deputy Director of the Obama Administration’s National Economic Council, and even Larry Summers.

FA would create jobs by removing existing incentives to shift production overseas. Increases in corporate tax revenue would allow the U.S. to invest in education and infrastructure, both known job creators. We would also have more capital to invest in new technology and innovation.

FA would prevent firms from exploiting international loopholes, ensuring that they pay their fair share. In this recession, we need to transfer more of the tax burden to corporations and their wealthy stakeholders, currently the only remaining untapped reserve of revenue. The middle class has been squeezed dry.

In fact, while most of us have seen our incomes grow less than 2 percent per year since 2000, the wealthiest 1 percent saw their incomes grow over 10 percent every year. This inequity has finally percolated into widespread demonstrations and unrest. The time is now for redistributive action.

KeriAnn Wells is a Master of Public Policy Candidate at the University of California, Berkeley.