My Brilliant Second Career: The surprising leap from Viagra sales to journalism

After I was laid off from a Fortune 100 company, I gave up the corporate dream -- and began pursuing my own 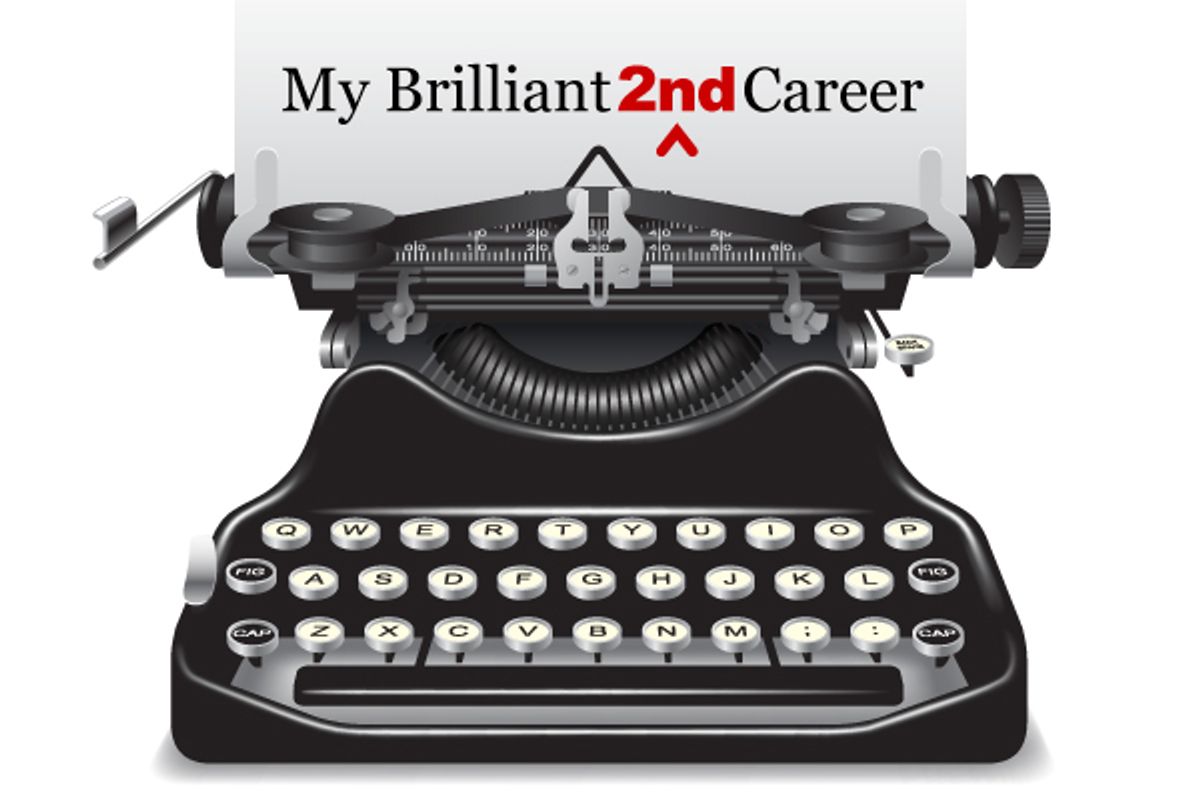 This is a series about people who stared down the Great Recession -- and reinvented themselves along the way. Do you have a great Plan B success story? Post it on Open Salon, tag it "My Brilliant Second Career," and we might publish it on Salon -- and pay you for it.

Jon Stewart was particularly pithy that Thursday night in January 2009. For weeks, my husband and I had been witnessing the economic roller coaster on television. But now, as we watched Stewart joke on “The Daily Show” about the Fortune 100 companies who'd laid off workers, it was horrifyingly personal. I was among them.

For nearly a decade, I had the mother of all sales jobs as a pharmaceutical sales representative; I sold Viagra and other medicines to urologists, family practice and internal medicine doctors. That Thursday morning, I'd been instructed to sit at home by my phone from 9 to 9:30 a.m. and wait for the call that would determine my professional future. The phone rang at 9 sharp; my district manager, awkward and stuttering, read a prepared text to inform me that I had been terminated. Later, I learned that he'd lost his own job the day before.

So, after years making great money, enjoying "Cadillac benefits" and the opportunity to travel the country on someone else's dime, I found myself at a crossroads: an unemployed 50-something woman whose only child had recently left for college 1,000 miles away. I had worked in healthcare marketing and sales for nearly 30 years. What was I going to do now?

The change not only threw my life path and family finances into question, but it also shook up the ground rules we had lived by in our two-and-a-half decade marriage. Since I could barely hard-boil an egg, my husband, a college librarian, had always done the cooking. But now it only made sense for me to take on that responsibility. Meanwhile, my husband had grown accustomed to having time alone in the evenings after a long day at the university. Now, he found me practically charging him at the door with the outdated words: "How was your day, dear?" Our marriage seemed headed back to the 1950s, a prospect we both found disconcerting.

During the dull, gray days of that Indiana winter, I sat alone in our big, quiet house, wondering what to do next. I completed the company’s outplacement training and perfected my résumé. But there were no jobs for me, despite my decades of experience; going back into pharma sales would be nearly impossible. My company cut nearly 4,000 reps that day, and competitors were doing the same thing.

The thought of carving out a new territory at this stage of my life was daunting. But there was one dream I'd been putting off in favor of the more stable and lucrative life in the corporate world: to be a writer. Long ago, I'd been a journalism major in college. During my last few years in college, I interned at a small daily, the Columbia City Post and Mail. The 1970s newsroom was straight out of a movie. Edwin, our police reporter, wandered in and out of the office in his rumpled suit, holding a lit cigarette with an inch of ash hanging off the end. Eloise, on the copy desk, lit me up when I turned in my first story with several misspellings.

As I applied for jobs that didn’t interest me, or that screamed “Wanted: Beautiful twenty-something with Ivy League education,” I couldn’t help thinking back to Fitzgerald’s fabled advice to Faulkner, “Write what you know.” I know it sounds hackneyed. And I know that no sane person would want to work for newspapers, which were folding all over the country. But maybe that's what ultimately sold me on the plan: What did I have to lose?

Three decades after I walked out of the Post and Mail’s newsroom, I tried to find my way back in. I contacted the managing editor and offered a free biweekly column. I had been journaling on my own, and already had a ready-made stack of essays on everything from angst over job loss to my defiant hatred of pickles. The managing editor was excited to get new content. She told me she would try it for a few months.

Why write for free? That’s an easy answer. Small papers don’t have the budget for columns, and more than income at that point, I needed an audience. It's the same calculation made by countless bloggers, hoping that once people read my material they'd eventually be willing to pay for more; it's just that my forum was a bit more old-fashioned than the Internet and, it turned out, so was my content. I wrote about growing up in small-town Indiana in the 1960s. I wrote about the people and places that nurtured me, the strange and endearing characters of that village, like the piano teacher with the full concert grand in her living room or the perennially young manager of the skating arena who whipped around the rink in his white, sparkling skates to classic skating tunes like “Louie Louie.”

Sometimes, I wrote about nothing. I wrote about disposing of kitty litter that had frozen in a huge, obscene clump in a garbage bag in the snow. I wrote about learning to cook, and the various mistakes I made along the way. It was working: I started getting letters from people with whom my reflections resonated. People told me their own stories, and they asked me to write more.

I suppose that it's strange that the success of my new job involved nostalgia for another time. But so much about our lives now is harried and ever-changing; I think my columns were a way to remember and take comfort in a not-too-distant past. I'm not sure if life actually was easier then; but in our memory, it certainly feels like it was.

Armed with new clips, I landed a real assignment at a local woman’s magazine, one that paid. More articles spawned more work, and I began to write for an increasing number of area and regional publications. Last July, I self-published a book, "The Luxury of Daydreams," which earned solid local reviews and brought more income, which I supplement by writing Web content and editorial material for healthcare organizations, a remnant from my prior work life.

While I’ll never make the salary I earned, I am making a living. As an independent contractor I can turn down assignments I don't like and focus on the ones I do. I'm no longer chained to the golden handcuffs of corporate culture. There is no annual territory restructuring, no competitive intel on the new erectile dysfunction drug. I control my destiny.

Work fulfillment does not, however, pay the bills. I drive an 11-year-old Accord with peeling paint and nearly 100,000 miles. Going out for dinner is a special occasion, instead of the way I cope with frequent exhaustion and stress from a rigorous and inflexible corporate culture.

Working for myself is challenging, but life can accommodate more change and growth than we realize. Just three years ago I made an excellent living selling promises of sexual fulfillment and freedom from incontinence. The money rolled in, but I always wanted a new purse, or shoes, or a vintage fountain pen. There was always a bonus next quarter, a carrot dangling on the end of a stick. Now, I’m cautious with every dollar I’ve earned. It's not easy. But I'm no longer selling someone else's dream; I'm living my own.

Amy McVay Abbott is a freelance writer in southern Indiana. Her book "The Luxury of Daydreams" is available at all major online sites and for immediate download on Nook and Kindle.