Attack of the deadbeat corporations, Part 2

We already knew U.S. companies weren't paying enough federal taxes. But the same is also true at the state level 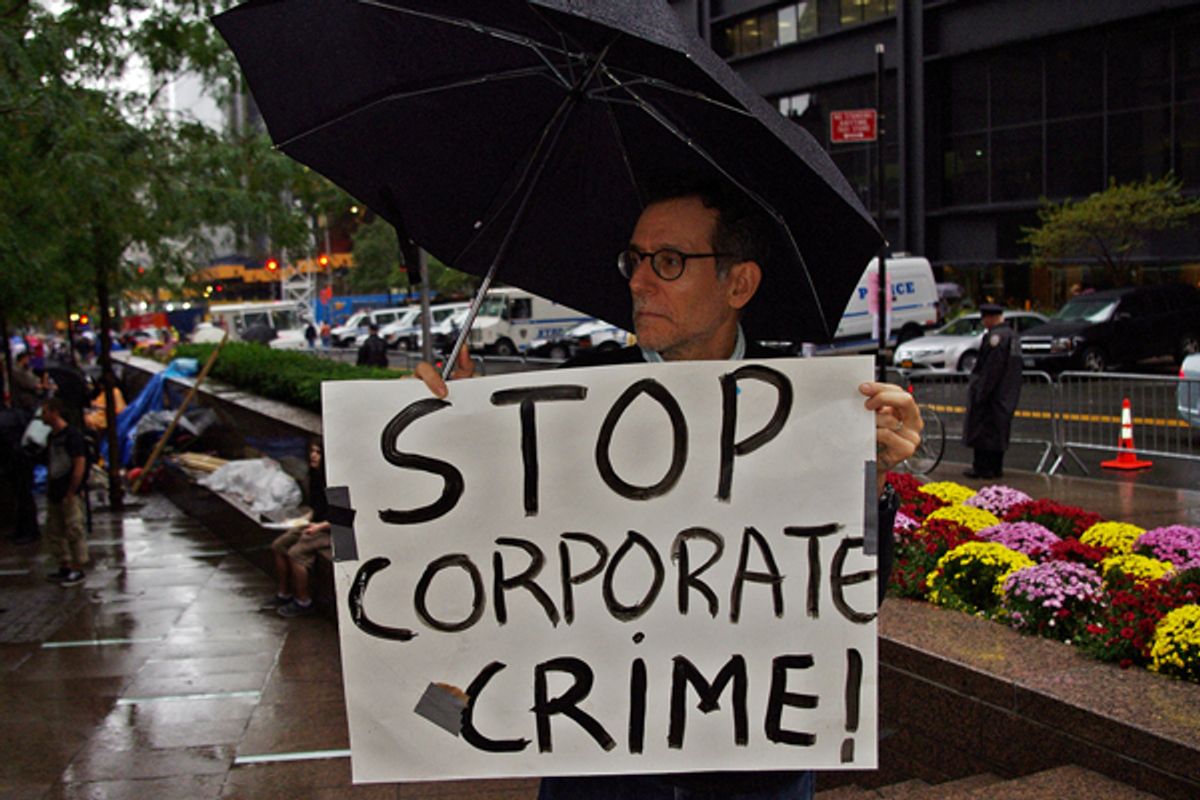 Why do those mean people at the Citizens for Tax Justice and the Institute on Taxation and Economic Policy keep picking on American corporations? Just one month ago, they released a damning report pointing out how hundreds of the bluest of American blue-chip corporations were flat-out deadbeats when it came to paying their federal income taxes. But that wasn't enough. Now they're piling on with even more nasty numbers -- a breakdown of how many of those same Fortune 500 companies are also slipping out from under their state tax liability.

Bottom line: The average statutory corporate tax rate is 6.2 percent. But between 2008 and 2010, the 265 companies analyzed in the report "paid state income taxes equal to only 3.1 percent." If they had paid the full rate, states would have collected another $82.6 billion in revenues, money sorely needed to pay Medicaid bills and keep parks open and employ teachers and firefighters.

Earlier this year, the House Judiciary Committee approved H.R. 1439, the so-called “Business Activity Tax Simplification Act” (BATSA), which would make it substantially more difficult for states to effectively tax the income earned by corporations from activities within their borders.

The bill’s sponsors -- and the corporate lobbyists pushing this plan -- say that the goal of the bill is to limit state and local governments to taxing only those businesses with a “physical presence” in a state.

Of course, as the authors point out, the "physical presence" standard makes no sense in the Internet age. Even worse, any corporation with accountants who know what they are doing can easily structure subsidiaries to carry out physical operations in such a fashion as to escape local taxes.

Which leads us to one final inescapable conclusion. Today, a not insignificant amount of corporate creativity and innovation is channeled directly into the task of avoiding taxes. Our patchwork system of federal and state incentives and tax breaks creates fertile ground for game-playing. In a simpler world, you would have to think that energy could be directed to more productive uses.