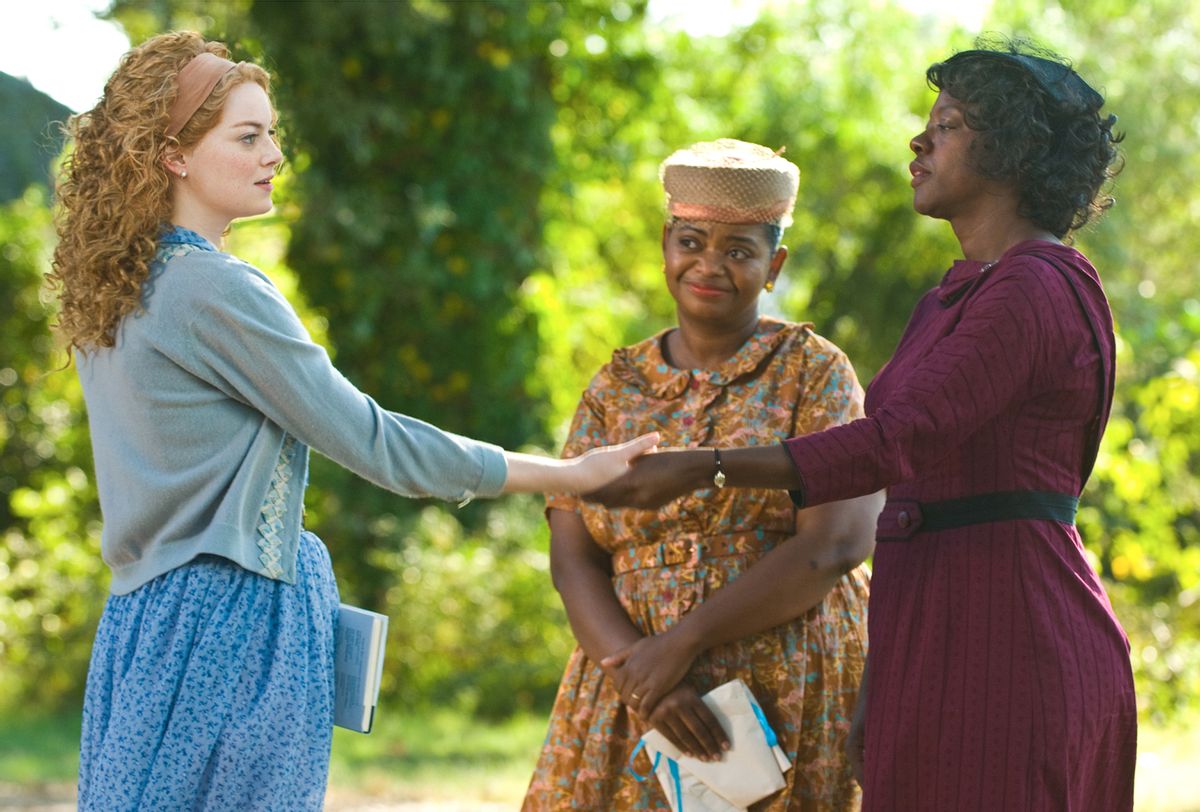 LOS ANGELES (AP) — The Deep South drama "The Help" cleaned up with four nominations Wednesday for the Screen Actors Guild Awards, among them honors for Viola Davis, Jessica Chastain and Octavia Spencer.

The adaptation of the best-selling novel also was nominated for best ensemble cast, along with the silent film "The Artist," the wedding comedy "Bridesmaids," the family drama "The Descendants" and the romantic fantasy "Midnight in Paris."

"The Artist" ran second with three nominations, including a best-actor honor for Jean Dujardin as a silent star falling from grace amid the advent of talking pictures and supporting actress for Berenice Bejo, who plays a rising sound-era movie star.

Along with Davis, best-actress contenders are Glenn Close as a woman disguising herself as a male butler in 19th-century Ireland in "Albert Nobbs"; Meryl Streep as British Prime Minister Margaret Thatcher in "The Iron Lady"; Tilda Swinton as a grief-stricken woman coping with her son's horrible deeds in "We Need to Talk About Kevin"; and Michelle Williams as Marilyn Monroe in "My Week With Marilyn."

Joining Dujardin in the best-actor category are Demian Bichir as a hard-working illegal immigrant father in "A Better Life"; George Clooney as a neglectful dad tending his two daughters in "The Descendants"; Leonardo DiCaprio as FBI boss J. Edgar Hoover in "J. Edgar"; and Brad Pitt as Oakland A's general manager Billy Beane in "Moneyball."

The SAG Awards will be presented Jan. 29.

The nominations are among the first major honors on the long road to the Feb. 26 Academy Awards.

From The Wires Movie Awards Season The Help