"I just figured they’d be close-minded"

When I finally told my Catholic Latino family I was gay, it started a fight -- but not the one I expected 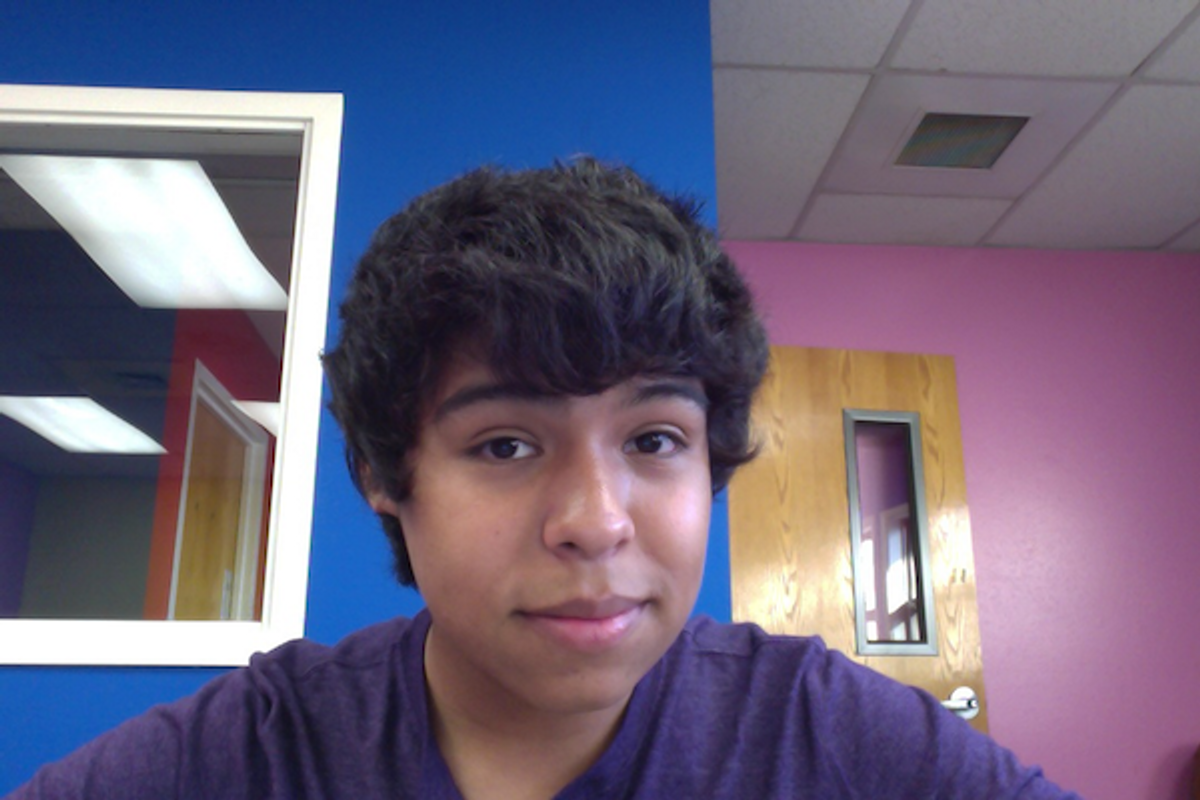 The author (Courtesy of Andres Garcia)
--

Inspired by the recently released film "Pariah," Salon teamed up with New America Media to run a series of coming-out stories by minority and immigrant LGBT youth. This is the third installment.

Coming out of the closet as gay to your best friends -- the ones who see you every day and know you best -- can feel like a relatively simple task compared with the anguish of coming out to family members. I know this for a fact. With my own family, I was in the closet for six long years. Coming from a Catholic Latino family in the small agricultural town of Lamont in south Kern County, California, I just figured they’d be close-minded. My niece Mercedes, 15, was the one I always felt I could talk to about personal situations, so she’s the first one in the family I came out to. “I have no problem with you being bisexual. In fact, I believe it makes you the person you are,” she said. “I love you for that and I always will.” Her reaction gave me the power to open up to the rest of my family. Now, not everyone was as thrilled about it as Mercedes was.  The news initially resulted in arguments between me and my brother and father.“If you would have just told me a long time ago, I wouldn’t have had a problem with it!” said my brother. “But the fact that I had to find out last makes me believe that our relationship as brothers is not strong enough to talk about personal feelings.”

My brother is always overly dramatic. But I felt he was telling me the truth for once, and his reaction made me scared to come out to my father.  A little background on our whole father-son relationship: My father and I never got along quite right. We’ve always argued over the most idiotic things and we literally get into fights. But whose family doesn’t, right?

My father didn’t take it too well. In fact, he stopped talking to me for about a week. He even stopped scolding me, the way he normally would.  Not once did he yell at me for leaving my shoes on the living room floor, like he would before. It got to the point where I just busted out into tears, because I felt like I didn’t have a father to speak to anymore.

Then one night, he was outside drinking his beer and working on cars as he does everyday.  Unable to take the silent treatment anymore, I just went and started to yell at him.

“What is your problem with me? ¿Que tienes conmigo? ¿Por que no quieres hablar conmigo? Why don’t you want to talk to me?”

Continuing to work on his car, he wouldn’t say a word.

So I waited for him inside the house, thinking of all the things he would say. I was seriously terrified. When my father walked in, he grabbed a fresh beer and then sat down.

“You are my son and I want to know what goes on in your life. You sure don’t have a problem running your mouth off about things that go on with the rest of your life! Why didn’t you just tell me about this?”

“I didn’t tell you because I wasn’t ready to come out,” I said. “I saw the way you were when you found out [my sister] Isabel was a lesbian. I didn’t want that to happen to me. It’s so much harder for a guy to come out than a girl because the world sees lesbians as OK, but as soon as a guy comes out, all hell breaks loose.”

“I was just shocked with your sister, that’s all. As for you, I didn’t know what to say. It’s all too new and to have a son be like that… I was just afraid you might get hurt,” said my father.  “If I just pretended like you didn’t tell me anything I would have been OK, because I wouldn’t think of all the troubles a life like that would [bring] you.”

In retrospect, I learned a lot as a result of coming out to my family. What I would say to other youth in situations where you’re questioning whether to come out or not is this:  Build a circle of trust with your family first, not your friends. Friends come and go, but your family is there with you, always.

Andres Garcia, 17, is a reporter/photographer at South Kern Sol. A Lamont, Calif., native, he is a senior at Arvin High School. Garcia is an artist who sings, acts, cooks, dances and enjoys taking photos and video.