Should journalists be "truth vigilantes" or should we just not bother with facts? 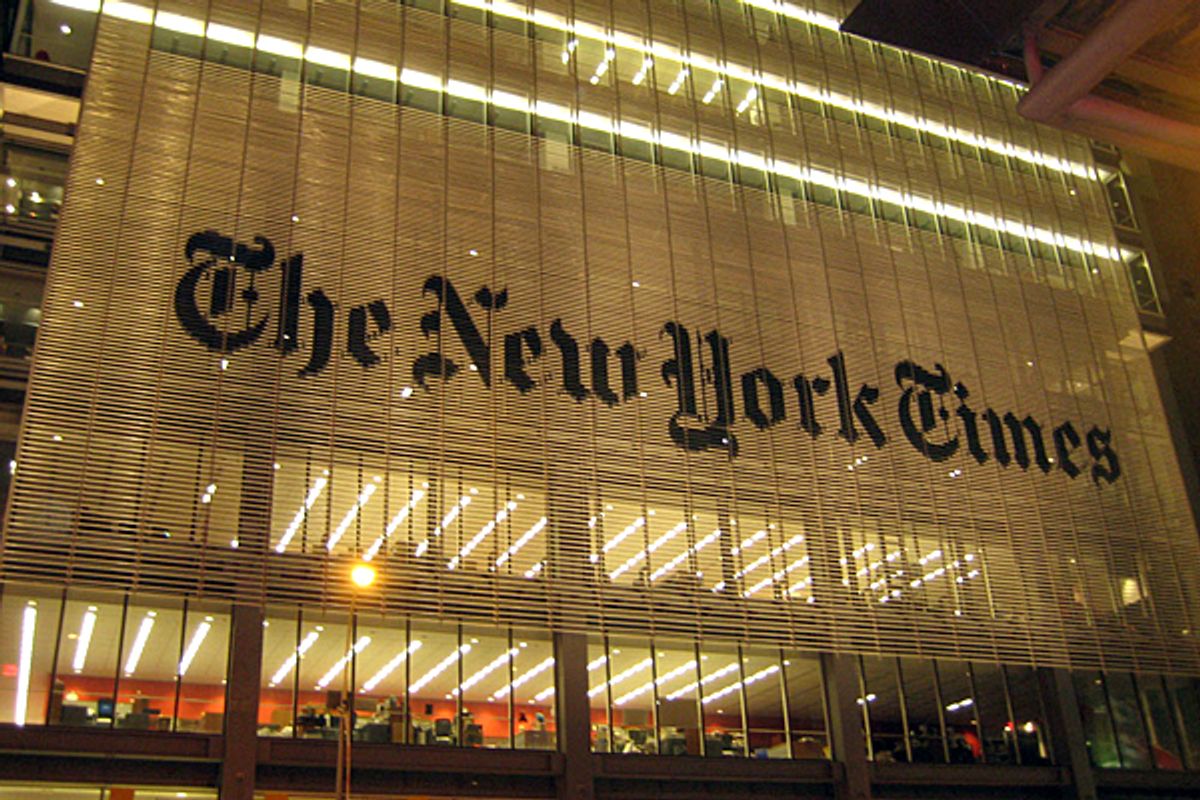 Should the New York Times -- America's "newspaper of record" -- print the truth? That is the question posed by the paper's "public editor," in a very funny blog post today.

Public editor Arthur Brisbane would like to know if it is professionally appropriate for an objective journalist to "take sides" by noting that someone lied. When you read the newspaper, would you like it to contain "facts"?

I’m looking for reader input on whether and when New York Times news reporters should challenge “facts” that are asserted by newsmakers they write about.

In Brisbane's formulation, when a reporter corrects a falsehood made by a source or public figure, that reporter is a "truth vigilante," because he or she took the truth into his or her own hands, before some slick fast-talking lawyer got the lie out of truth-jail on a technicality. (Hand in your truth-badge and truth-gun, New York Times! You're getting too close! That untrue assertion has major connections at City Hall!)

Another line: "Is it possible to be objective and fair when the reporter is choosing to correct one fact over another?" Haha what? Probably?

Basically everyone on the Internet is slack-jawed and stunned by this entire thing, because, man, "should we print the truth or not" is a hilarious question to just throw out to readers.

(The "public editor" has no power or authority at the Times, for the record. It is just the Times' phrase for "crusty old newspaper veteran who answers reader complaints about stock photo usage and anonymous sourcing by hassling editors to give him defensive quotes for his column," or "ombudsman." The position was created after Jayson Blair published a bunch of untrue "facts" in the newspaper. The Times eventually corrected those "facts.")