The GOP Brotherhood of Egypt

Demonized in the U.S. as radical terrorists, Egypt's Islamists are actually led by free-market businessmen 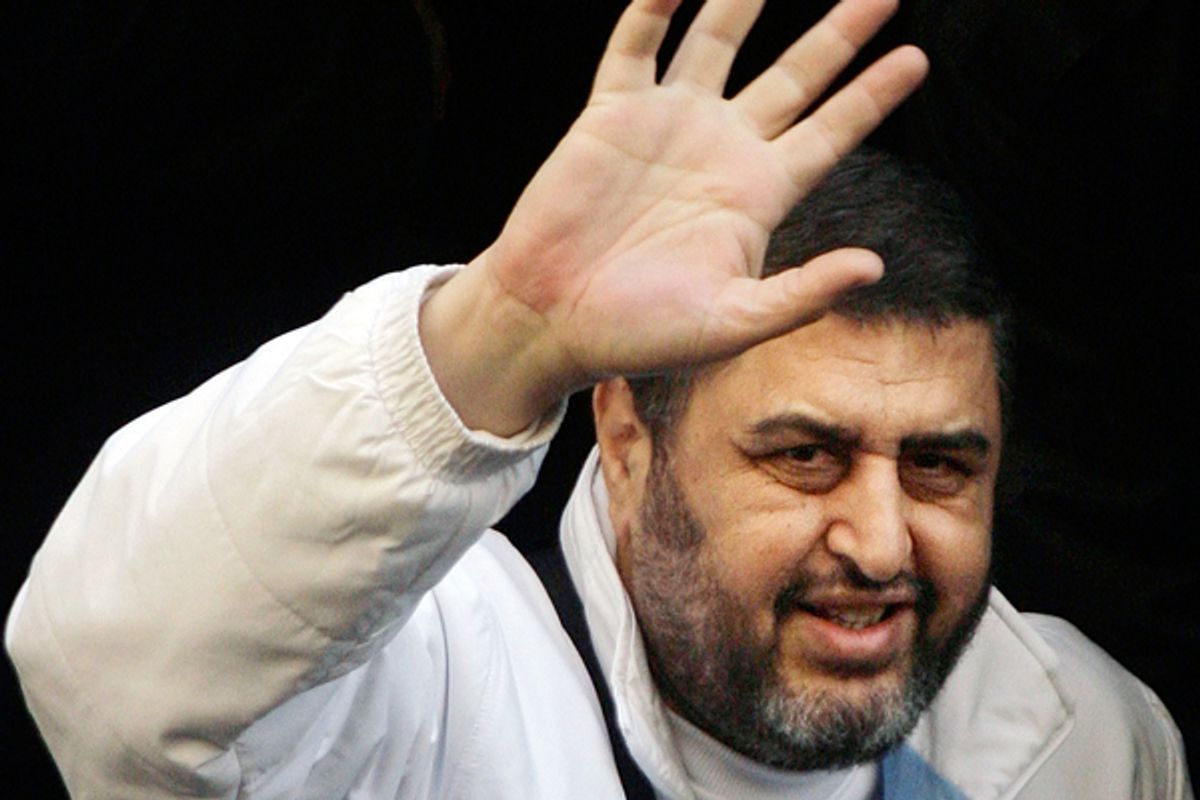 While Western alarmists often depict Egypt's Muslim Brotherhood as a shadowy organization with terrorist ties, the Brotherhood's ideology actually has more in common with America's Republican Party than with al-Qaida. Few Americans know it but the Brotherhood is a free-market party led by wealthy businessmen whose economic agenda embraces privatization and foreign investment while spurning labor unions and the redistribution of wealth. Like the Republicans in the U.S., the financial interests of the party's leadership of businessmen and professionals diverge sharply from those of its poor, socially conservative followers.

The Brotherhood, which did not initially support the revolution that began a year ago, reaped its benefits, capturing nearly half the seats in the new parliament, which was seated this week, and vaulting its top leaders into positions of power.

Arguably the most powerful man in the Muslim Brotherhood is Khairat Al-Shater, a multimillionaire tycoon whose financial interests extend into electronics, manufacturing and retail. A strong advocate of privatization, Al-Shater is one of a cadre of Muslim Brotherhood businessmen who helped finance the Brotherhood’s Freedom and Justice Party’s impressive electoral victory this winter and is now crafting the FJP’s economic agenda.

At Al-Shater’s luxury furniture outlet Istakbal, a new couch costs about 6,000 Egyptian pounds, about $1,000 in U.S. currency. In a country where 40 percent of the population lives on less than $2 a day, Istakbal’s clientele is largely limited to Egypt’s upper classes.

Although the Brothers do draw significant support from Egypt’s poor and working class, “the Brotherhood is a firmly upper-middle-class organization in its leadership," says Shadi Hamid, a leading Muslim Brotherhood expert at the Brookings Institution in Washington.

Not surprisingly, these well-to-do Egyptians are eager to safeguard their economic position in the post-Mubarak Egypt.  Despite rising economic inequality and poverty, the Brotherhood does not back radical changes in Egypt’s economy.

The FJP's  economic platform is a tame document, rife with promises to root out corruption and tweak Egypt’s tax and subsidies systems, with occasional allusions to an unspecific commitment to “social justice.” The platform praises the mechanisms of the free market and promises that the party will work for “balanced, sustainable and comprehensive economic development.” It is a program that any European conservative party could get behind.

Over the last few months the Brothers have been publicizing their economic conservatism to international investors and financial institutions.

“The Brothers see this as a major source of its appeal among Western audiences,” Hamid explains. “Most people think the Brothers would be aligned with a leftist interventionist approach to the economy. But after taking a second look, most investors find themselves pleasantly surprised when they find out otherwise."

Speaking to Reuters in November, Hassan Malek, a textile mogul and Brotherhood financier, emphasized that the Brothers “want to attract as much foreign investment as possible ... and this needs a big role for the private sector." Just last week, Malek was tapped by the Brotherhood to head up the newly formed “Egyptian Business and Investment Association,” a coalition of leading Brotherhood businessmen working to promote private investment.

For his part, Al-Shater has been personally courting select investors and reassuring them in private that the Brothers have no radical plans for the economy.

Over the last few months the Egyptian investment bank EFG-Hermes organized sit-downs between Al-Shater and 14 major investment managers from Europe, the United States and Africa. Al-Shater used the opportunity to reassure investors that the new government shares their goals.

“I believe the meeting dismissed some investors’ concerns about an extreme economic policy,” said Wael Ziada, an official with EFG.

The Brotherhood wants continuity. Al-Shater’s relationship with EFG-Hermes has raised some eyebrows, since the investment bank was partially owned by deposed President Hosni Mubarak’s son Gamal.  But the businessmen in the Brotherhood do not seem concerned by this connection, and they are not at all hasty to jettison the Mubaraks' economic legacy.

Malek has even gone so far as to praise the economic policies of the Mubarak regime. "We can benefit from previous economic decisions. There have been correct ones in the past … Rachid Mohamed Rachid [Mubarak’s minister of trade] understood very well how to attract foreign investment.”

What Malek failed to mention is that Rachid fled to Dubai after the ouster of Mubarak and has since been convicted in absentia of squandering public funds and embezzlement.

Rachid worked to privatize Egyptian industries, reduce taxes and subsidies, and defang unions. This economic model, adopted at the urging of the IMF and international financial institutions, delivered strong economic growth — nearly 6 percent a year from 2004 to 2009 -- but also generated inequality. The gains were concentrated in the hands of Egypt’s economic elite, while millions of working-class Egyptians saw their wages stagnate, as rising food prices pushed many to the brink.

This pressure inaugurated a wave of strikes, which were a key component in the uprising that toppled the Mubarak regime last spring.  Since Mubarak’s ouster, however, the Brotherhood has taken a hostile line against trade unions. When a wave of strikes rocked Egypt last September, the Brothers sided with business interests and the ruling military junta against the unions.

“The Brothers have been against wildcat strikes and all significant labor actions,” says Zeinab Abdul-Magd, an Egyptian academic and leftists activist. “The Brothers just don’t relate to workers.”

The Brothers do run a number of impressive charity organizations for Egypt’s poor, and during holidays the Brotherhood offers subsidized meat to the poor. The Brotherhood’s candidates won big in last month’s parliamentary elections preaching social justice and promising relief to Egypt’s increasingly impoverished population.

But when it comes to specific policy proposals that could help Egypt’s millions of families who struggle to afford food, the Brothers employ what Shadi Hamid at Brookings calls “strategic ambiguity.”

“Their approach is to be everything to everyone all at once,” but in reality, Hamid says the leaders of the Brotherhood are “not in touch with the shockingly high levels of poverty on the grass-roots level.”

With Egypt facing a looming financial crisis — with rising unemployment and diminishing currency reserves -- the real priorities of the Brotherhood will be tested.  Despite Islam’s prohibition on interest, the leaders of the FJP have already met with representatives of the IMF who are offering over  $3 billion in loans to ease Egypt’s financial burden.

It will be weeks before the new parliament takes any concrete steps to reform Egypt’s economy. But George Ishak, the co-founder of the Free Egyptian Party, a moderate liberal party that only managed to win one seat in the parliament, expressed skepticism that the Muslim Brotherhood would break with the past. “There’s a danger they will continue with the Mubarak policies.”

When asked what he would do differently Ishak responded, “I think we need to focus not just on growth, but instead think about the quality of growth … we need to think about redistribution.”

But that's not what the Muslim Brotherhood is thinking about.