Pick of the week: Surviving a parents' nightmare, with wine and sex

Pick of the week: A young couple faces their son's deadly illness, with Parisian flair, in "Declaration of War" 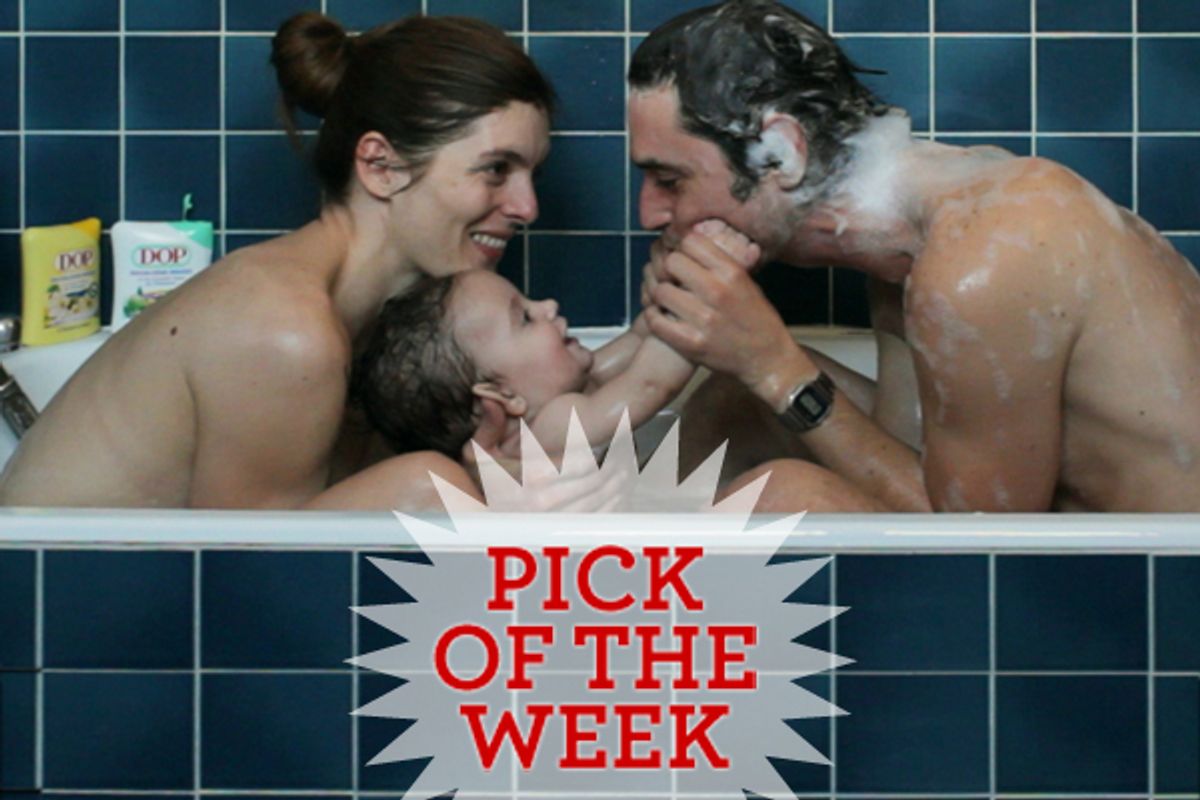 Valérie Donzelli and Jérémie Elkaïm in "Declaration of War"
--

Channeling personal trauma into creative work is pretty much what artists do, as Dr. Freud and Vincent van Gogh could have told you. In the case of French actress and director Valérie Donzelli’s striking and imaginative film “Declaration of War,” the autobiographical element is so strong that the movie’s virtually a docudrama – but a dazzlingly strange docudrama with musical numbers, choreographed interludes and prodigious cinematic verve. What could have been a wrenching family tear-jerker, in which a young couple discovers that their infant son is dangerously ill, becomes a bittersweet tragicomedy in the classic French style, suggestive of Jacques Demy, Christophe Honoré or François Ozon. (“Declaration of War” opened the Critic’s Week at Cannes this year, and now reaches theaters just after its United States premiere at Sundance.)

Mind you, “Declaration of War” still is a profoundly affecting family drama, no matter how much artifice Donzelli piles on top of it. If you’re a parent of young children (as I am), you’ll have to use your own judgment about how much you can take. I understand why some people respond to the health catastrophes of other people’s kids by shutting them out, as if the bad juju might be infectious. That’s how the young father in the film (Jérémie Elkaïm, who is or was Donzelli’s real-life partner, and co-wrote the screenplay) reacts when another kid in their son’s hospital ward dies: Geez, that’s too bad; let’s move on. Let’s face it, every parent harbors these fears, and every time you’re waiting for a phone call from the doctor – even if it’s about allergy testing, or a strep-throat culture – you secretly prepare for the worst.

Although the story of “Declaration of War” apparently hews closely to the real-life saga that Donzelli and Elkaïm endured along with their son, Donzelli kicks it up to a mythic and slightly surreal level right away. When their two characters first meet, and click erotically, against the pounding dance-pop of a Parisian nightclub, they discover that their names are Roméo (Elkaïm) and Juliette (Donzelli). “Does this mean we’ll have a love story with a tragic ending?” he murmurs in her ear. You can view that choice as daring or way too precious; I kind of think it’s both, but by that point I had already been sucked in by the visual and auditory undertow of Donzelli’s style, and just went for the ride. (Full credit also to the spectacular cinematography of Sébastien Buchmann.)

Almost as soon as their son is born, Roméo and Juliette half-suspect something is wrong: He cries all the time, wants to feed constantly, and won’t let them get any sleep. (I would point out that most parents, especially first-time parents, go through some version of that.) But when Adam is 18 months old (and still not walking), their pediatrician notices an odd asymmetry to his facial expressions, and sends them for a neurological consultation and then a CAT scan and then an MRI. The results are pretty nearly as bad as they could be: Adam has a large tumor compressing his brain stem, which will require immediate surgery. And without giving away the whole story, the news doesn’t get any better after that.

That’s the story, and perhaps as an act of catharsis, Donzelli has chosen to tell it as a gorgeous, stylized and highly sensual motion picture. Both she and Elkaïm are gorgeous physical specimens and vividly kinetic performers, and “Declaration of War” finds delight in the most unlikely moments: Juliette sprinting down hospital corridors at high speed, as her son is being anesthetized for his MRI; the two parents riding a fairground Ferris wheel like teenage lovers, at a point when they’ve sold their apartment and quit their jobs to move into the hospital’s parents’ wing. They’re surrounded by a constellation of supporting characters who come together, Greek chorus-style, to support their struggle: Roméo’s working-class mom and her female partner, Juliette’s more bourgeois siblings and parents.

I recognize that the whole thing sounds self-indulgent, and may be so -- playing a version of yourself in the arted-up story of your own child’s life-or-death battle with cancer. But the breadth and brio of “Declaration of War” are such that I never tried to resist, and I honestly believe any parent can identify with the ways Donzelli turns quotidian details – a drive to the train station, or a ringing phone at the dinner hour – into thriller-worthy moments of intense drama. Among other things, this movie is a comic and tragic exploration of contemporary European family values, one that makes clear how much is lost, and how much gained, when people are forced to face a crisis of this magnitude.

I’ll drop a big hint and say that while the ending of “Declaration of War” is heartbreaking in various ways, you don’t have to fear the most downbeat or tragic conclusion. (Donzelli and Elkaïm’s real-life son, Gabriel, appears in the film.) Instead, this is a story about two pampered young Parisians who had to grow up in one hell of a hurry and deal with something dreadful, and who were fortunate enough to live in an affluent Western country that still, even in straitened economic times, views healthcare as a right and not a privilege. (Yeah, hint, hint.) So they confronted every parent’s worst nightmare and made it through, more or less, without losing their passion for wine, sex, vigorous exercise and cheesy French love songs.

“Declaration of War” opens this week in Los Angeles, New York and San Francisco, with wider national release to follow. It will also be available on-demand nationwide through many cable and satellite providers, beginning Feb. 3.