Jeb Bush: I guess I endorse the guy who will get the nomination

Months after the endorsement would've been newsworthy, the least embarrassing Bush announces his support 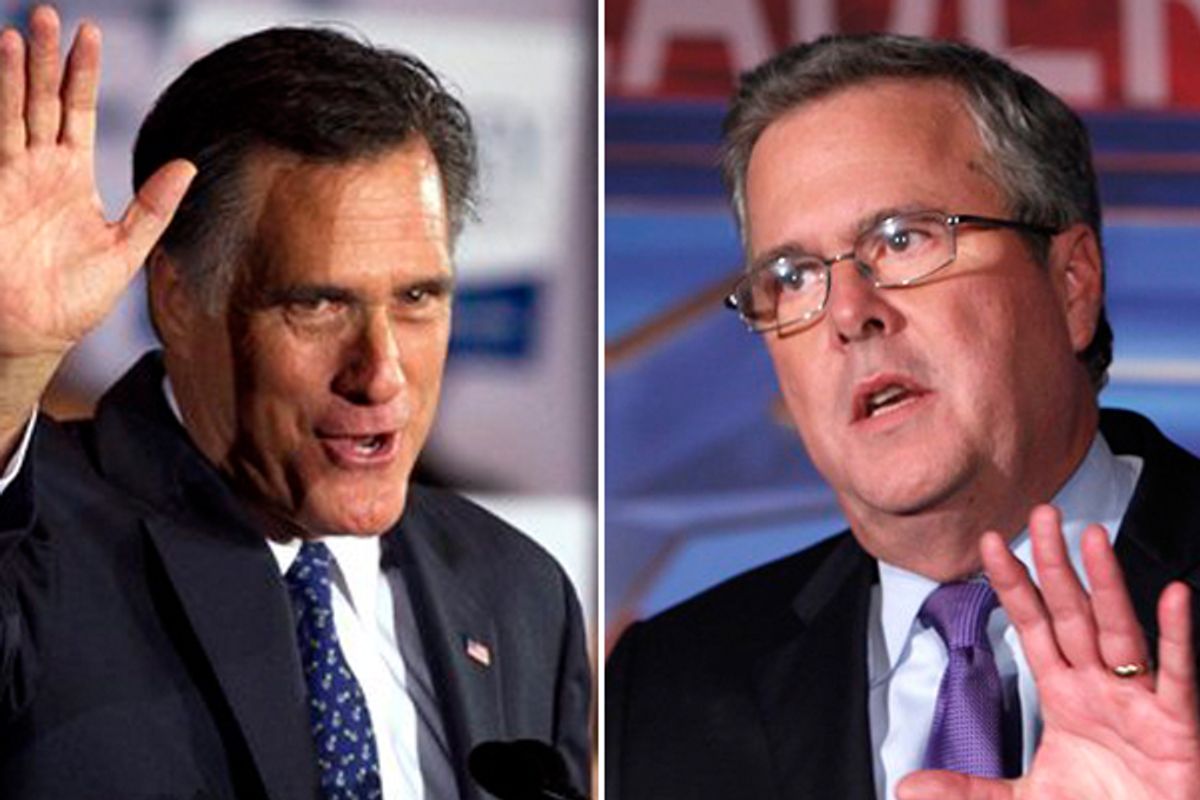 Jeb Bush, the son of George Herbert Walker Bush who has likely done the least to warrant being jailed, has endorsed Mitt Romney, the likely Republican nominee for president.

Bush made a point of not endorsing Romney before the Florida primary, months ago, because, like many other mainstream Republicans, he was still hoping that someone better would come along. There was never any real chance that Jeb Bush was going to endorse Newt Gingrich or Ron Paul, so waiting this long really just hammers home that Bush was hoping someone else would make a strong showing. (Jeb was also that potential "someone better" for a number of Republican pundits and functionaries, but he declined to run, because it'll probably take another couple of years for Americans as a whole to forget how horrible everything gets when you elect a Bush president.) But Santorum is sort of a nut and has no shot at winning the nomination, so let's just end this horrible nightmare.

Here is the very belated and perfunctory endorsement statement:

Congratulations to Governor Mitt Romney on his win last night and to all the candidates for a hard fought, thoughtful debate and primary season.

Primary elections have been held in 34 states, and now is the time for Republicans to unite behind Governor Romney and take our message of fiscal conservatism and job creation to all voters this fall.

I am endorsing Mitt Romney for our party’s nomination. We face huge challenges, and we need a leader who understands the economy, recognizes more government regulation is not the answer, believes in entrepreneurial capitalism and works to ensure that all Americans have the opportunity to succeed.

Now is the time to just give up on finding a good properly conservative candidate who is also electable and acceptable to the Republican Party's rich donor base and make the best of this Romney thing.

Romney celebrated the endorsement by having a major campaign aide say something unbelievably stupid on television.