What Santorum can – and can’t – do now 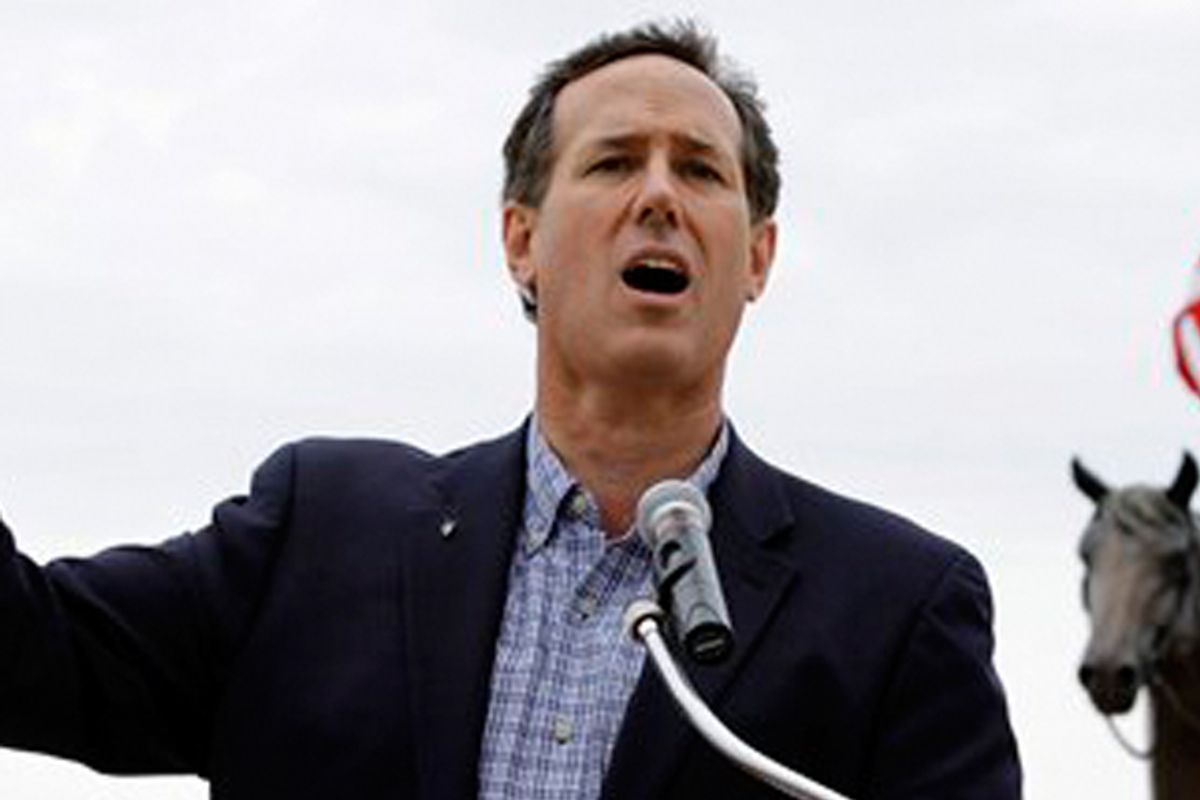 When he won in Alabama and Mississippi last week, Rick Santorum vowed that “we are going to win this nomination before the convention.” But last night’s results in Illinois all but ensure that he won’t be able to keep this promise.

The problem for Santorum, of course, is that he’s fallen far behind Mitt Romney in the delegate count. To overtake Romney and reach the magic 1,144 number during the primary season, he needs to win the lion’s share of all remaining delegates – probably around 70 percent of them.

The promise of his triumphs in the Deep South last week was that they would give Santorum the true one-on-one race with Romney that he’s long sought, unifying and energizing conservatives and propelling him to an upset win in Illinois. Under this scenario, Illinois would then have kicked off a late primary season charge in which Santorum would have big states that were previously thought to be off-limits to him, causing Romney to melt down and allowing Santorum to claim an outright delegate majority by June.

But that’s not going to happen. Santorum’s 12-point loss in Illinois was defined by the same demographic realities that have shaped every Republican contest so far, with Romney cleaning up with higher-income suburbanites and non-evangelicals, and Santorum running well with white evangelicals and lower-income rural voters. Moreover, Santorum’s lack of organization allowed Romney to squeeze some extra delegates out of the state. We’ve seen this story before.

So the question now is how long Santorum can stay in this race. Clearly, he’d like to deny Romney a primary season delegate majority and spend the pre-convention summer months maneuvering to … do something. (Win the nomination himself? Force Romney into a ticket-sharing deal? Throw his delegates behind a different candidate?)

It’s very unlikely it will come to this; even if Romney doesn’t quite reach 1,144 during the primaries, he’s likely to finish very close to it – close enough that a handful of the GOP’s version of superdelegates would probably put him over the top without much trouble. More likely, Romney will break 1,144 sometime in June and that will be that.

But it could still be dicey, given that several states that aren’t demographically hospitable to Romney still remain. So Santorum probably has a good incentive to keep at it for a while, to see if the demographic patterns that have governed this race hold – and if they will be enough to prevent Romney from clearing the delegate threshold.

Again, it’s a long shot that Santorum could accomplish even this, but he won’t be forced to acknowledge it in the near future -- unless there’s a decisive break in the demographic patterns, one that leads Santorum to fare poorly in a state he’s supposed to win. At that point, the psychology of the race would change dramatically, potentially compelling Santorum to raise the white flag.

Where could Santorum suffer such a loss? Here are the most likely possibilities:

1. This Saturday: Louisiana seems as tailor-made for Santorum as Illinois was for Romney – a more rural, lower-income Republican electorate with a giant chunk of white evangelicals (59 percent of the 2008 primary electorate). A poll released Tuesday has Santorum leading by double-digits, and in his two presidential campaigns Romney has never won in the South (except for Virginia, where he and Ron Paul were the only names on the ballot, and the New South state of Florida, where he was still crushed in the culturally southern Panhandle region). Anything short of a victory for Santorum on Saturday would represent a major psychological blow.

2. April 3: Santorum will lose the District of Columbia, where he failed to make the ballot, and probably Maryland too, a state that is demographically ill-suited to him. To avoid being swept, Santorum will need to prevail in the day’s other contest, in Wisconsin. On paper, he should be competitive – the state is similar to Ohio and Michigan, where Santorum nearly pulled off upsets. The media may hype this as a do-or-die contest for Santorum, and Romney figures to flood the state with resources in an effort to kill off his pesky rival once and for all. A decisive defeat here could theoretically force Santorum to reevaluate his candidacy. But if he loses by a tiny margin, it might not really signal anything, since the outcome should be within a few points either way, based on demographics. In other words, the media would probably play up a Wisconsin defeat as the final death knell for Santorum, but there’s a good chance he’ll ignore it and focus on …

3. April 24: Santorum will likely lose four states on this day – New York, Rhode Island, Connecticut and Delaware. But the other big prize is Pennsylvania, Santorum’s home state. So he’ll be under enormous pressure to win it. The last active White House candidate to lose his or her home state after winning elsewhere was Jerry Brown, who fell to Bill Clinton in California’s June 1992 primary by 9 points. A Santorum loss here would provide powerful evidence that the demographic barriers Romney has faced are weakening. It would also make Santorum a laughingstock.

If Santorum can clear these hurdles – wins in Louisiana, Wisconsin and Pennsylvania – he’ll probably be able to justify pushing on into May, when the calendar becomes more favorable for him. He’d be even further behind Romney in the delegate chase, but he’d still have a theoretical chance to deny his opponent 1,144. Anything short of the Louisiana/Wisconsin/Pennsylvania trifecta, though, will undermine the logic that’s keeping Santorum in the race.