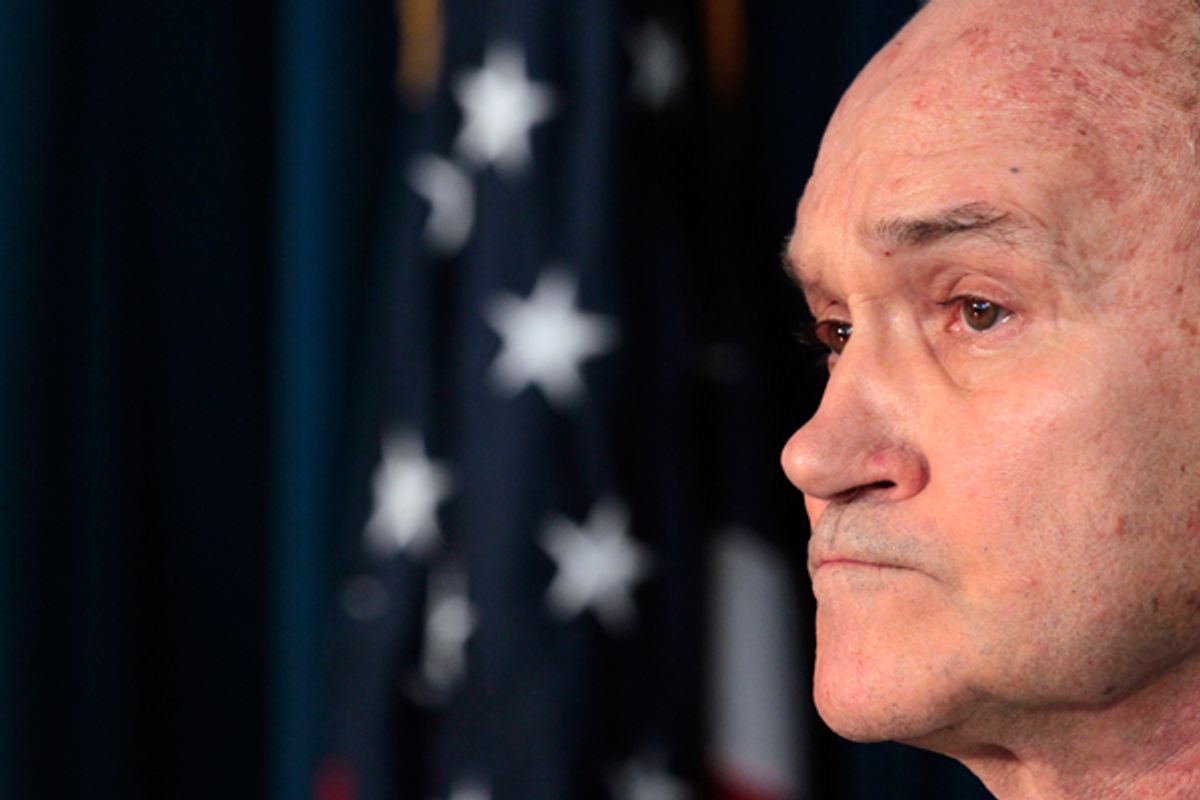 The NYPD is less a "police department" than a secretive and unaccountable international intelligence-gathering organization with a large minority-frisking division and the firepower of a mid-sized army. Lately they have been facing a bit of criticism for their style of intelligence-gathering, which seems to be done with more gusto than concern for civil liberties or... accuracy. Sometimes the NYPD's muscular-but-stupid approach to spying gets them in trouble with the FBI. And when the organization that fights terror by recruiting shady weirdos to try to trick random Muslims into saying "jihad" into tape recorders says your practices are counterproductive and out of line, they are probably pretty counterproductive and out of line.

But the NYPD's "covertly follow every single Muslim in the tri-state area" approach to counter-terrorism has its defenders. Like Mayor Michael Bloomberg, who believes Americans Muslims have the right to worship wherever they see fit so long as they don't pay any attention to the unmarked vans parked across the street.

And the department argues that it is allowed to carry out surveillance wherever it chooses, because there's no law against just going around looking at things and taking some pictures, right? No, of course not, unless you look sort of Middle Eastern.

The NYPD earlier this week announced that they had totally caught some people who were almost definitely probably Iranian spies. These spies were caught red-handed spying all over the place!

The NYPD's Mitchell Silber told Congress that Hezbollah and Iran definitely want to blow up New York, and the proof is three incidents of people "associated with the Iranian government" getting caught photographing things, in New York. (I am not much of a terrorist, but if you want pictures of New York City landmarks in order to figure out how best to blow them up why not try Flickr? There are hundreds of thousands of photos of every landmark in the city already online!)

While other so-called intelligence experts say " there are no known or specific threats indicating Iranian plans to attack inside the U.S.," Long Island-based Islamaphobe Republican Congressman Peter King and documented supporter of terrorism wants us all to be on high alert, because Hezbollah is everywhere:

Opening the hearing, King said, "We have a duty to prepare for the worst," warning there may be hundreds of Hezbollah operatives in the United States, including 84 Iranian diplomats at the United Nations and in Washington who, "it must be presumed, are intelligence officers."

Stop telling the NYPD not to spy on all the Muslims, everywhere! If they don't keep tabs on all of them, the Iranians will get us!