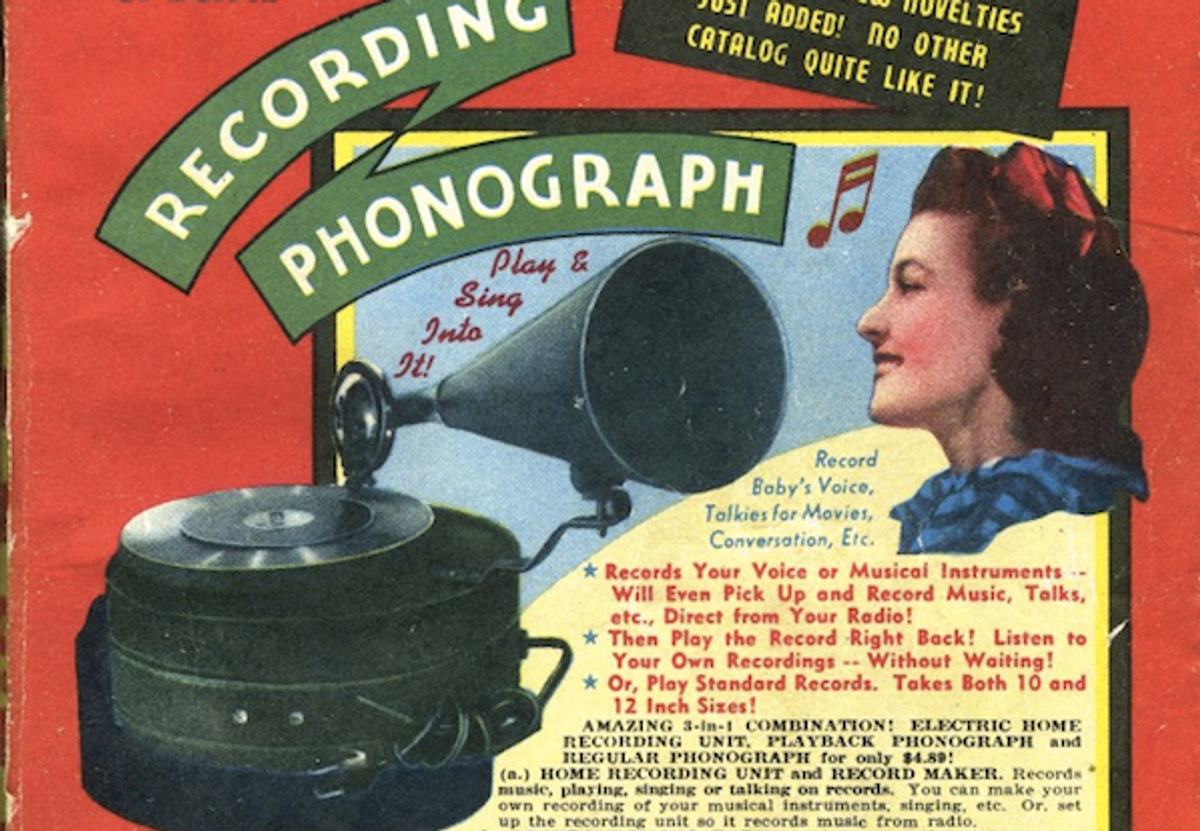 In the wake of Chicago's "C2E2" 2012 ComicCon at McCormick Place, it seems fitting that I do a piece on an aspect of comic books that everyone even remotely acquainted with the realm knows well - the Johnson Smith & Co. of Detroit. You may not recognize the firm's name, but I'll bet you know some of its wares, its advertisements, and have seen its influence on pop culture and graphic design. This is a company that's been around since 1914 and after having had locations in Chicago, Racine, Wis., and Detroit, it continues to this day in Bradenton, Fla. Jean Shepard called the Johnson Smith Co. catalog "the Rosetta Stone of American Culture."

Anyone reading comic books from their inception and throughout the 20th century could count on the JSC full-page advertisements that used every micro inch of printable space to list and announce their merchandise. Coming across their ad was like encountering an intricate wallpaper sample, but it was also like a friend that you could count on to appear in every issue with your favorite superhero or comic book character. As early as 1955, Harvey Kurtzman's #21 issue of Mad (they were still in comic book format and hadn't become a "magazine" yet) employed a Johnson Smith Co. design for its cover. This may be the first time anyone was inspired to actually read the entire contents of a Johnson Smith Co. (in this case a "Smith Johnson & Co.y") advertisement! Interestingly, Johnson Smith has an actual ad in the same issue. (When Mad became a magazine with issue #24 they discontinued actual ads and continued as an ad-less publication until 2001.) During the 1980s I became aware of the work of graphic designer/archivist Charles S. Anderson from Minneapolis. His work resurrected the old advertising graphics of the 1930s-1950s and swung them around for re-presentation in a modern (postmodern?) way. He took old dusty and bankrupt stock art and illustration and made it seem cool. I can't help but feel the presence of Johnson Smith in a lot of his work. The cartoonist and graphic designer Chris Ware has clearly been influenced by the Johnson Smith ads as well as other pop culture iconography. His "Acme Novelty Library" has been a remarkable leader in the alternative comics realm.

Here are some examples :

Johnson Smith Co. has been a part of comic book history since the beginning - there's a JSC ad on the back of Action #1, Superman's first appearance in 1938.

Their ads are so much a part of the culture that they've been parodied for at least 55 years.

They've gone on to even influence modern graphic design.

Here are some examples from the 624 page 1940 Johnson Smith Catalog :

As an example of what you received when ordering something from Johnson Smith Co., below is the ad for item # 1264 "The Science Of Ju Jitsu" from the 1940 catalog, .

The following pics are from the actual book.

[caption id="attachment_299861" align="aligncenter" width="460" caption="You didn't have to tell JSC how to remind a customer of its offerings - especially on an inside front cover."]

[caption id="attachment_299881" align="aligncenter" width="460" caption=""The Science Of Ju Jitsu" takes up 64 pages - the first third of the book. The remaining 2/3rds is taken up with the JSC "Supplementary Catalogue". Again - never miss an opportunity to market yourself. . ."]