No one went to jail, so why is Wall Street so mad? 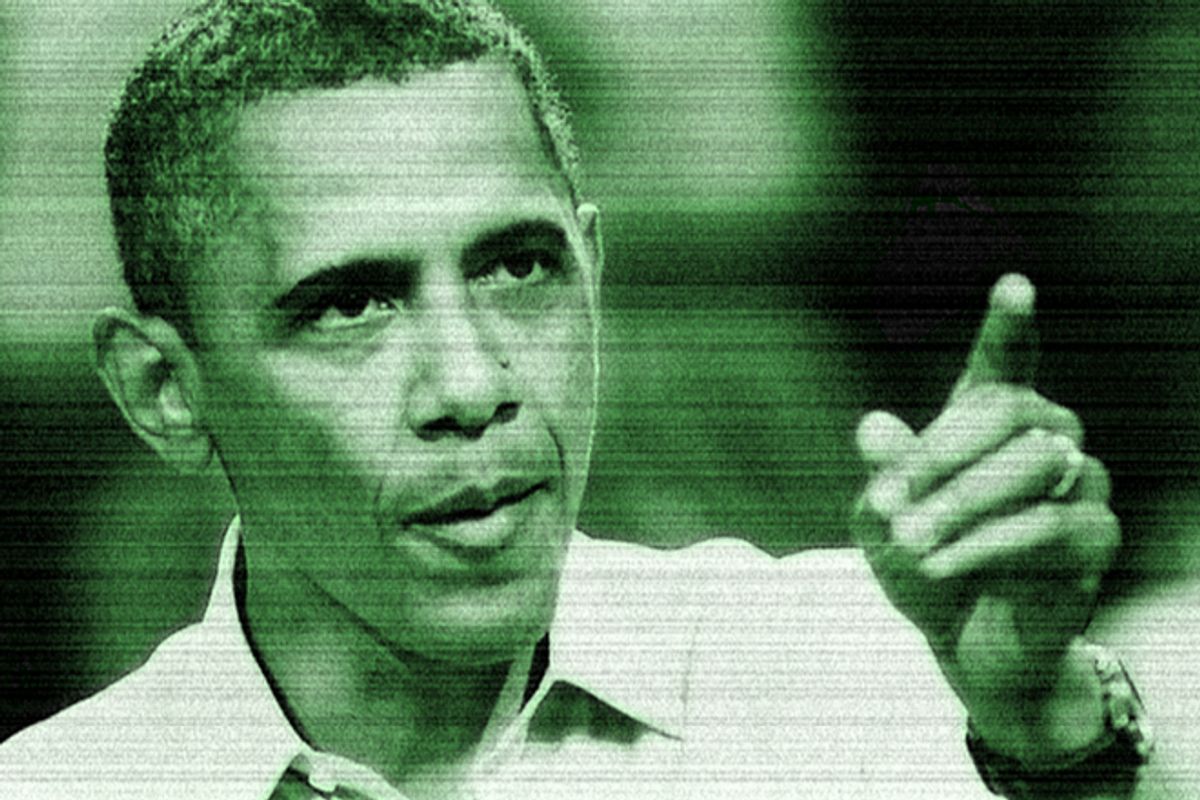 In Newsweek, Peter Boyer and Peter Schweizer explore the question of President Obama's Justice Department's failure to press any major criminal charges against Wall Street. We learn, distressingly, that "finance-fraud prosecutions by the Department of Justice are at 20-year lows." Ex-Countrywide whistle-blower Eileen Foster, to name one prominent critic of the Justice Department's inaction, is still urging the Justice Department to do something about her former colleagues, but to no avail. What's holding them back?

Well, a lot of things. For one, criminal cases for finance-related wrongdoing are hard and complicated to prosecute. The Justice Department is stocked with a lot of people with experience defending financial institutions -- including Attorney General Eric Holder, a former partner at Covington & Burling, which represents many of the worst of the mega-banks. Plus, curiously, a lot of Goldman executives and other Wall Street types keep donating lots of money to Obama! (Though less money than they gave him in 2008.) The simple answer is that Holder, and Obama, seem to think that while Wall Street did a lot of stupid, venal things that ruined everyone's lives, those things were largely ... legal. Obama said as much to Rolling Stone: "In some cases, really irresponsible practices that hurt a lot of people might not have been technically against the law." He might be not entirely wrong! Lots of horrible finance industry practices were and are perfectly legal. But we'll never quite know whether the line was crossed until we ... actually investigate.

So it's all the odder that Wall Street is so damn mad at Obama, right?

In the only slightly oversimplified narrative of the financial crisis and subsequent recession as you and I and most non-billionaires understand it, Wall Street blew up the world economy, then got bailed out to the tune of billions of dollars, and then resumed being hugely profitable and irresponsible as everyone else suffered through foreclosures, massive debt and mass unemployment. In this narrative, the government, led at various points by members of both parties, did everything in its power to maintain the status quo on Wall Street, while offering primarily temporary relief and various ineffectual half-measures to everyone else. Eventually the Democrats passed some form of "financial regulation" that largely has not yet gone into effect and that will not do much to stem or reverse the financialization of our economy. (The SEC is way, way behind on implenting Dodd-Frank and seems in no great hurry to finish.) The president eventually began noting the existence of mass outrage toward the financial sector, but he did little to actually address that outrage beyond proposing a new tax bracket for millionaires.

So, based on all that, it is very hard to see what Wall Street is so mad about! But as I explained earlier today, most of these rich financial industry titans are also dumb, spoiled children. If anything, the president's failure to treat the chicanery and fraud that led to the crisis as crimes worth prosecuting had the same effect that his failure to prosecute the architects of Bush's torture regime had: It emboldened the wrongdoers, who are now convinced that they never did wrong. In this environment, the public's real and justified outrage at Wall Street is wholly inexplicable to finance types, who blame it on the media and Obama's occasional rhetorical populism. (He is making people hate bankers by pointing out that people hate bankers!)

Now, in lieu of subpoenas and indictments, we have mild criticism -- Obama's occasional off-message mentions of "fat cat bankers" or whatever -- and those mild criticisms set off hysterical waves of paranoia and self-righteous fury. Because no one was hauled off in chains, the people who wreaked so much havoc think it's actually been established that they did not do wrong.

So Obama has now not succeeded in cowing or placating Wall Street.