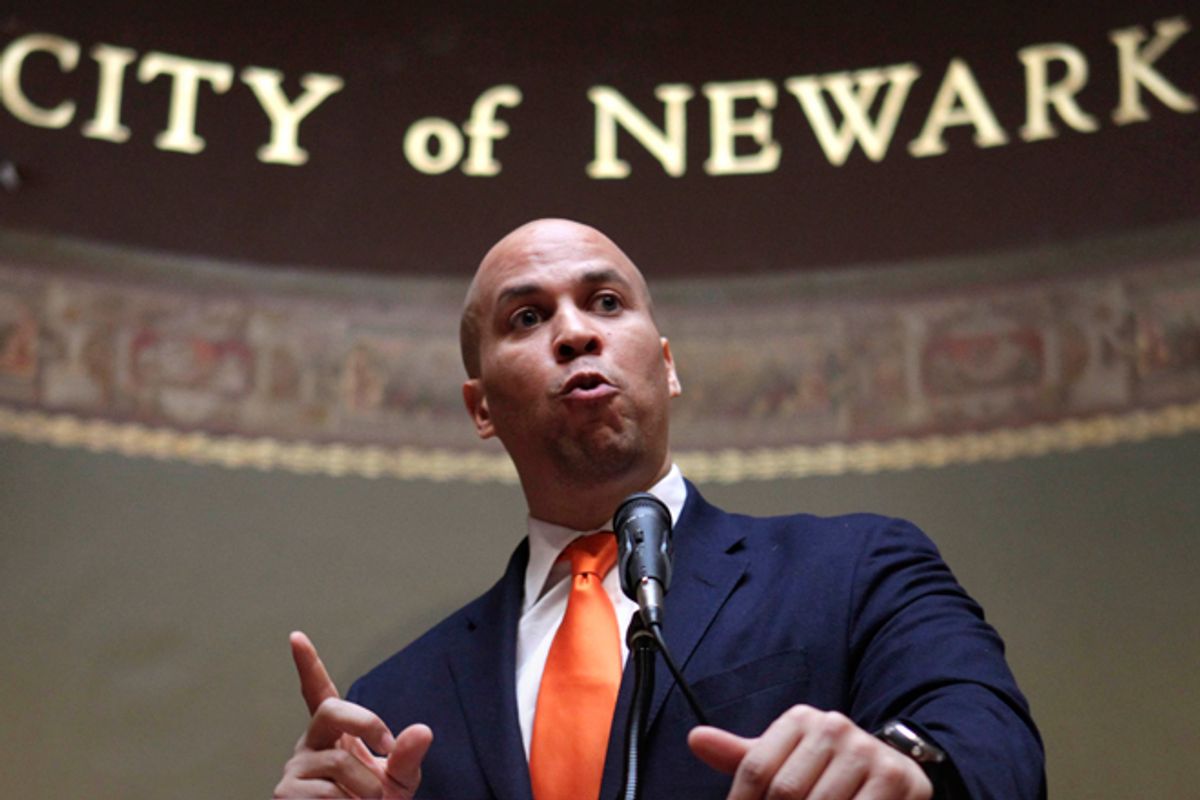 Richard J. Codey, a fixture in New Jersey politics who spent years as the state Senate president and a 14-month stint as governor, knows Cory Booker very well. He isn’t exactly surprised at the mess the Newark mayor has made for Barack Obama by challenging his campaign’s emphasis on Mitt Romney’s private equity background.

“He’s someone who’s been courting big money ever since he first ran for office,” Codey told Salon today. “It is what it is – not that there’s anything wrong with doing that if you want to. But what Mr. Romney and his fellow millionaires did at Bain Capital is fair game, no question about it.”

Money from Wall Street and the investor class has played a big role in Booker’s rise, helping him level the playing field in his 2002 mayoral bid against incumbent Sharpe James and to ward off serious competition in his follow-up campaigns in 2006 and 2010. His cultivation of and sympathy for Wall Street, though, may come as news to many of Booker’s rank-and-file Democratic admirers.

“People inside politics have always understood it,” Codey said. “He’s just played that game very, very well. And if you run for statewide office like it looks like he wants to, that’s going to be helpful for you.”

Booker’s name is frequently touted in connection with next year’s gubernatorial race and Frank Lautenberg’s Senate seat in 2014. The state’s most powerful Democratic boss, George Norcross of South Jersey, cited Booker as the party’s top contender to face Chris Christie just a few days ago. Booker’s statewide popularity, in fact, is probably stronger than ever, thanks to his recent dash into a burning building to save a young woman.

But behind the scenes, Booker’s relationship with Norcross has deteriorated, and insiders suggest that Norcross, who has emerged as Christie’s most important political ally in the state, sees him as the perfect sacrificial lamb – not likely to beat Christie in ’13, but strong enough not to hurt the down-ballot Democratic candidates the Norcross empire depends on. Booker himself enjoys a solid working relationship with Christie, whose poll numbers are up of late, further complicating a potential campaign next year.

This is why the assumption is that Booker will wait until the 2014 Senate race to make his move. The 88-year-old Lautenberg is vowing to run again, but he’s now locked in a very public feud with the Norcross crowd, and it seems inevitable that he’ll draw a primary challenger (or challengers).

Codey, who has been both an ally and enemy of Booker's in various Democratic turf wars, said he thinks the Bain story will be forgotten by Democratic voters long before Booker embarks on a statewide campaign. But in an interview with Capital New York’s Josh Benson today, state Sen. Ronald Rice, one of Codey’s top home county allies (who waged a quixotic campaign for mayor against Booker in 2006), touted Codey as an ideal Booker opponent for a ’14 Senate primary. Codey groaned at that.

“Thank you very much, Ron.”

What may be most surprising to those who know Booker as one of the biggest stars of New Jersey politics is how shaky his standing is in his Newark base. He became a national star through his near-miss challenge of Mayor Sharpe James in 2002, and when the embattled James stood down in 2006, the rest of the city’s old guard essentially gave Booker a pass. But running against feeble (and now imprisoned) opposition in 2010, Booker failed to clear even 60 percent of the vote.

It was proof of the suspicions that linger among many residents over whether Booker, who was raised in the suburbs and has made himself into something of a national celebrity, is really one of them. His willingness to undercut Obama on Bain, who enjoys super-human popularity in Newark, and to stand instead with the Wall Street crowd could exacerbate this image problem.

“I think there’s always going to be the story that he’d rather be with those kinds of people than with his own constituents,” Codey said. “And whether that's something the people of Newark think and how they feel about it, that's for them to decide."

The next Newark mayoral race is in 2014. If Booker runs, the expectation is that he'll get a serious opponent this time around. Two political legacies, Donald Payne Jr. and Ron Rice Jr., are both now vying in a special election for the Newark-based congressional seat vacated by the death of Payne's father. Whichever of them falls short will probably look hard at the mayor's race -- another incentive, perhaps, for Booker to look outside Newark for his political future.