Is all of the attention on Bain helping the GOP achieve its goal of pretending W was never president? 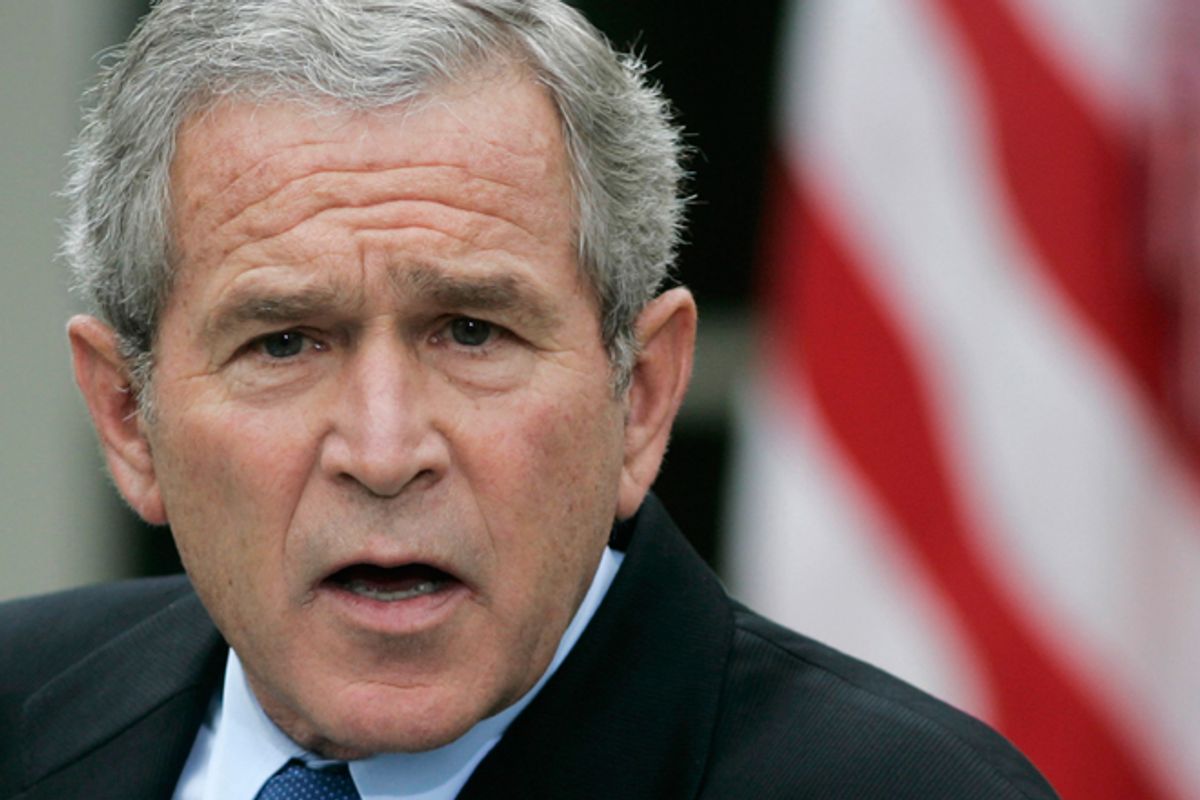 The logic behind the Obama campaign’s emphasis on Mitt Romney’s private equity background makes plenty of sense. Romney is pitching himself as a job-creator extraordinaire, and there’s probably a tendency among voters to associate business success with economic competence. So surely there’s something to be gained in reminding Americans – over and over – that what Romney was actually doing at Bain Capital was making wealthy investors even richer, not building the economy and helping the middle class.

But, as Jamelle Bouie argued yesterday, even if this strategy does lead voters to dislike Romney and conclude that he’s a heartless capitalist, that hardly guarantees that they’ll follow through and vote against him because of it. There may be some evidence of this in a new ABC News/Washington Post poll, which finds Romney and Obama running dead even (47 percent each) on the question of who would do a better job handling the economy. But on the question of which candidate better understands people’s economic problems, Obama enjoys a healthy 8-point edge.

This is only one bit of data in one poll, and there are several possible explanations for it. But it seems plausible that Romney’s lower score on understanding people’s struggles at least partly reflects his well-established image as an out-of-touch, top-1 percent guy. And yet, because their overall economic anxiety is so high (83 percent say the economy is in “not so good” or “poor” shape), a potentially critical number of voters who don’t think he understands their problems still see him as the better choice to manage the economy.

Similarly, a new PPP poll conducted for the SEIU finds that 57 percent of voters believe that Romney was mainly interested in making profits at Bain, while just 12 percent say he was motivated to create jobs. This is exactly the kind of split that Democrats are aiming for with their attacks, which only bolsters the question Bouie raised about whether it ultimately will turn voters away from Romney.

It’s only May, of course, and it may be that weeks and months of repetition in speeches, ads and debates ends up having a decisive effect on swing voters. So there’s no reason for Democrats to stop invoking Bain; it very well might end up working. But it would also be reasonable to develop some other counter-punches for the Romney message, which boils down to: If you don’t like where the economy is, don’t ask questions – just vote the guy in charge out.

In the new ABC/WaPo poll, one possibility jumps right out: George W. Bush. By a margin of 49 to 34 percent, voters still see him as more responsible for the current state of the economy than Obama. That 15-point spread is actually down, though, from back in January, when 54 percent of voters blamed Bush and only 29 blames Obama.

Maybe there’s nothing the Obama campaign can do about this evolution, and the longer he’s president – and the closer the November election gets – the more voters will ignore the former president and focus on the current one. But it may also be that the Obama campaign has been a little too quiet in reminding voters exactly what kind of economic catastrophe Obama inherited, whom he inherited it from, and how closely Romney’s economic program resembles what was in place just before the meltdown that started this all.