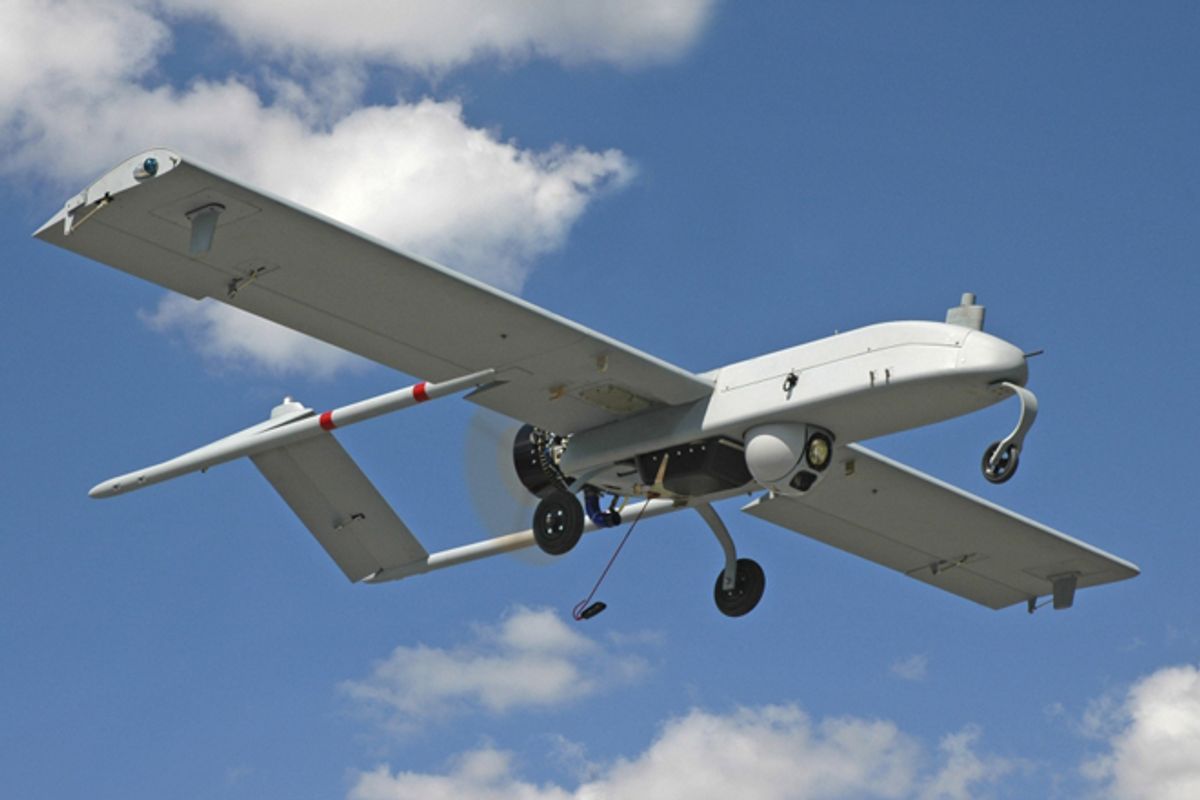 More than a dozen state governments across the country are scrambling to get into the drone business with the expectation that unmanned aviation will create new jobs in the near future.

This summer, they will begin competing for approval from the Federal Aviation Administration to run one of six unmanned aviation test sites around the country. Mandated by Congress earlier this year, the test sites are intended to demonstrate that unmanned vehicles can be integrated safely and quickly into U.S. airspace.

The domestic drone market is still small. In 2012, the civil unmanned aviation vehicle (UAV) market will account for only 1.4 percent of the $7 billion-plus drone industry, according to a recent industry survey. This year 98.6 percent of all UAV spending will pay for military applications. But the burst of interest in funding the establishment of the UAV test sites indicates many businesses and elected officials expect that to change soon.

The scope of the states' plans emerge from more than 200 public comments submitted to the FAA earlier this year.

The state of Florida said it "intends to build a UAS [unmanned aviation system] test and operational range … in partnership with civil and military government agencies, academia and industry."

The Colorado Unmanned Aviation Systems Team, a consortium of 35 companies and agencies, hopes to do drone testing for the FAA throughout the state's airspace.

A host of major defense contractors submitted comments on the test sites, including Sikorsky, Boeing, Northrop Grumman, Honeywell and Raytheon. And so did a number of universities, including University of Alaska at Fairbanks, the Georgia Tech Research Institute, Texas A&M, North Carolina State, Kansas State, and Embry Riddle Aeronautic University. Universities have taken the lead in getting FAA permission to fly drones in U.S. airspace.

But the most fully developed proposals for running the test sites are likely to come from state consortiums of industry, government and universities, which will put up the money to run the sites. The FAA is not providing any funding for the sites.

The U.S. armed forces are likely to play a role in the test sites, as several groups cited their collaboration with local military bases. The U.S. Air Force Research Laboratory,  headquartered at Wright-Patterson Air Force Base just outside of Dayton, Ohio, is a major partner in the Ohio initiative, which is perhaps the most ambitious in the country. Another serious initiative is the Mid-Atlantic Unmanned Aircraft Test System Team, a venture backed by Virginia and Maryland, which touts its work with Naval Air Warfare Center, Naval Surface Warfare Center and NASA's Langley Research Center.

Stan Van Der Werf, a retired Air Force Colonel who heads the Colorado effort, says the economic potential of domestic drones is "enormous" but dependent on the regulations that the FAA is now writing.

"The more freedom of movement the FAA allows, the greater the private business will be," Van Der Werf said in a phone interview. "If unmanned vehicles have access similar to that enjoyed by manned aircraft, I think the commercial business will be ten times larger than the Department of Defense business."

Brian Zinke, a state senator from Montana and head of the Center for Remote Integration, foresees using domestic drones  for  wildfire control, wildlife and livestock management, and agriculture crop optimization.

Several commenters to the FAA expressed concern about privacy. One woman wrote

Drones of all sizes can easily be weaponized, can easily gather data on citizenry via use of biometrics, and conduct surveillance without a warrant. These capabilities are draconian enough for wartime - but even their use in ‘war’ has not been fully thought out. .... As a retired air traffic controller, I know we have plenty of MOAs [military operations areas] and other restricted airspace already, so if the military wants to test drone systems there, they can go right ahead. Mixing privately owned UAS with piloted aircraft, either commercial or general aviation, is hopefully a long way off.

In comments to the FAA, the Electronic Privacy Information Center called for privacy protections to be written into regulations. Applied Research Associates, an engineering firm based in San Diego, argued privacy protections would benefit the industry.

"UAS manufacturers and operators must consider the risk of litigation and the effect that legal rulings will have on their ability to utilize this technology," wrote one company engineer. "Research data should be collected to establish standards that protect citizens’ privacy rights and establish 'best practices' for industry. Such research will prevent the chilling effect that undefined legal responsibility has on innovation."

The future of drones in America is a work in progress. The FAA will issue its criteria for the test sites and start accepting formal proposals in July. The six sites will be selected by December and are supposed to become operational in 2013.