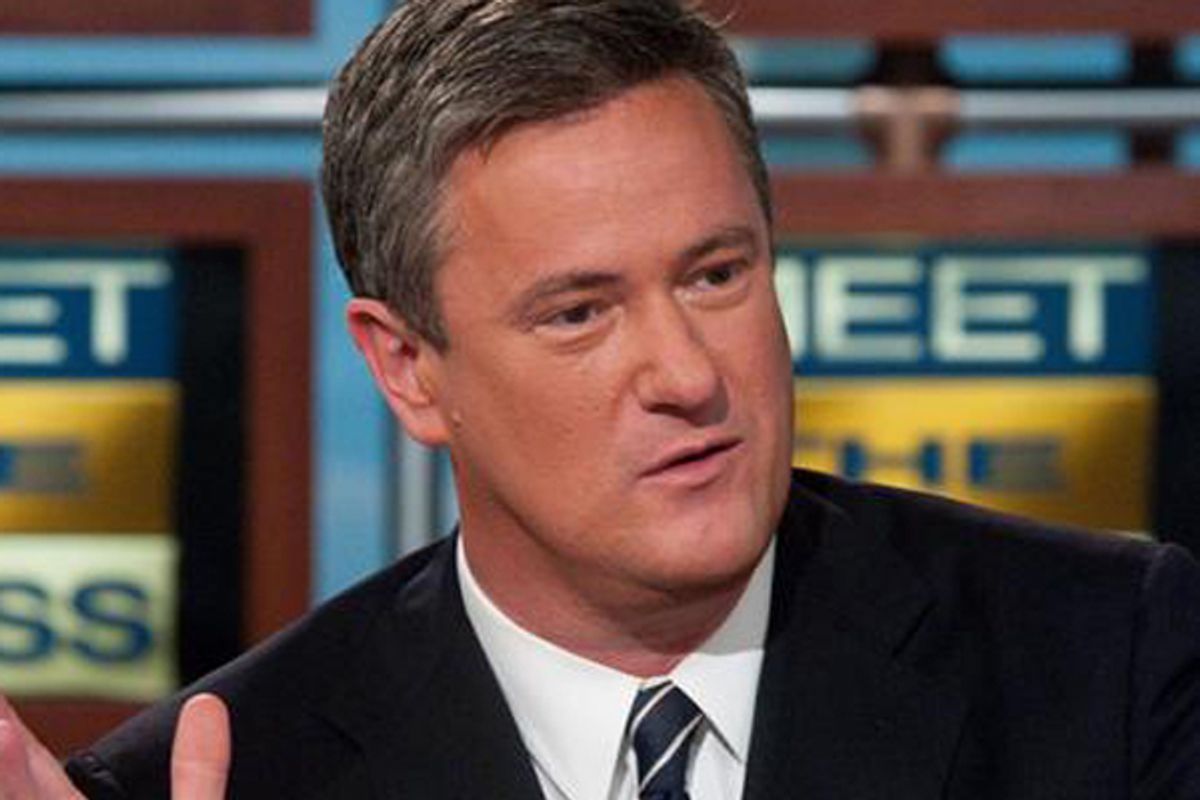 Joe Scarborough may have been totally, utterly, completely wrong this morning, when he incorrectly argued, based solely on his own general, vague impressions, that the New York Times was treating Mitt Romney fundamentally differently than it had treated earlier Democratic candidates, but, you know, Joe Scarborough doesn't really care. He is still right in his gut.

What happened is that on the "Morning Joe" show this morning, sponsored by the awful burned coffee company, Morning Joe Scarborough angrily rambled at length about a Times story - on the front page of the Home section -- about Mitt Romney's big, tacky house, and how his neighbors hate him and he is always calling the cops on people who smoke weed on the beach. The main problem is, Romney bought a big, expensive house by the beach, and then decided to quadruple its size, and predictably his neighbors have complaints about this. (His neighbors also have complaints about how Mitt Romney wants to ban gay adoption, because many of his neighbors are gay.)

This made Joe Scarborough mad for about 20 minutes, that this story was published, because in his imagination the New York Times would never publish a story like this about a liberal. That is false, obviously, as the Times pointed out a bit later in a statement that linked to four separate 2004 stories about ... John Kerry being super rich. You and I may remember a veritable sea of coverage of Kerry's prodigious wealth, from basically every source imaginable. In the world of Joe Scarborough, the Times never broached the subject, because of liberal bias.

So faced with actual concrete proof that the Times had repeatedly and critically covered Kerry's wealth (and the homes it bought him), Scarborough has decided that the New York Times is being "defensive" and "thin skinned" by ... rebutting him.

This is Scarborough's argument: He is right because he has a sort of vague, general impression that he is right. And also you can't expect him to actually be factually correct when he says things every day because his job, his actual job, is to just spew bullshit for hours. (Emphasis mine, [sic], etc.)

Scarborough did acknowledge that his interpretation of the Times coverage may have more to do with general impressions than an actual side-by-side comparison of reporting throughout the years, but stressed that general impressions matter to the majority of the voting population.

"It's about how they frame these stories, which is the image that last with people," he said. "They may have a database showing how many articles they did on each candidate. I have to talk extmeraneously for three hours a day. But the general impressions of people like myself and [MSNBC contributor] Mark Halperin, that does count in the prespective that active news consumers have."

He's sort of right: The "general impressions" of vain, blathering idiots like Joe Scarborough and Mark Halperin certainly do count, because someone gave them a TV show, for some reason.

In short, the Times must do something to fix the "general impression" Joe Scarborough has about it, and it must grow a thicker skin and simply allow him to present those "general impressions" as facts or hard-won political insight or whatever people think he does, without pushing back.