I've been struggling for years to cope with how my mother ended her life. I never expected a TV drama to help 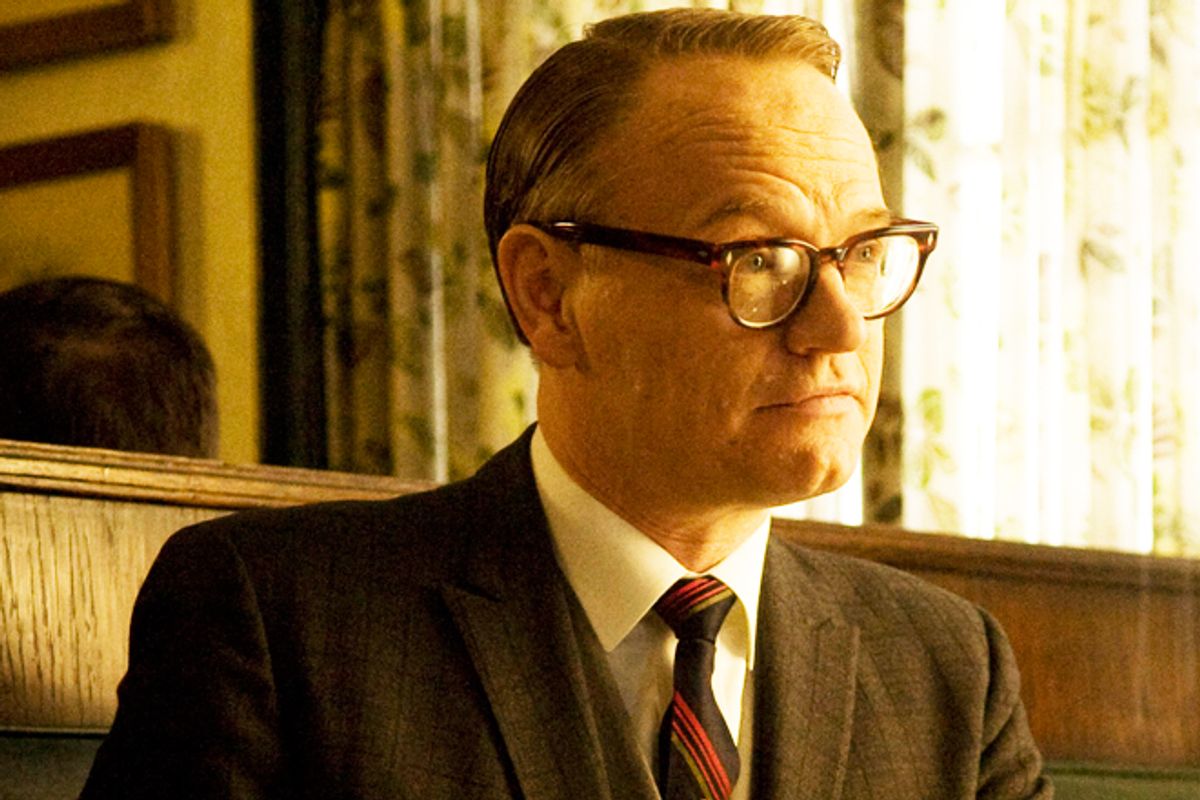 “Just a heads up,” my daughter texted two Sundays ago. “You won’t want to watch the last act of tonight’s ‘Mad Men’ -- just look up a recap for that part, maybe. It’s ... upsetting.”

Someone had hanged himself. I knew without her having to say it, and was grateful for the warning. Since my mother hanged herself two and a half years ago, anything related to suicide, especially – obviously -- suicide by hanging, has been a major trigger. I find myself going through elaborate verbal gymnastics to avoid using the word “hang,” even in the most mundane and innocent of contexts. I’ll say, “I want to ... put that picture on the wall,” for example, or, “Could you ... drape that towel on the hook for me, please?” For a while, I avoided playing “Words With Friends” on my phone because the pop-up ads for “Hanging With Friends” would stab me in the heart.

Glib references to hanging abound, as my sister and I quickly discovered. “This yeast infection makes me want to kill myself” one of her colleagues said before she mimed wrapping a noose around her throat and letting her head drop to the side. My husband’s sister innocently passed us a game of Hangman as we flew home from their mother’s funeral in Denmark -- she had died unexpectedly four months after my mom -- and for a moment, I was unable to breathe.

“We can’t expect the world to tiptoe on eggshells around us,” my sister and I would remind each other. We told each other that every time we had to confront an upsetting word or image, it helped us learn to cope.

It was in that spirit that I decided to go ahead and watch that episode of "Mad Men." I told myself that I could always follow my daughter’s advice and stop the show at the final commercial break.

“Are you sure you want to do this?” my husband asked as I sat stiffly on the couch. I had been steeling myself for the suicide scene, but had been sideswiped by an image of characters walking through a parking garage, the setting disturbing to me even before a character tried to gas himself in his Jaguar there. Parking garages are another trigger -- my mom hanged herself in one. I nodded, eyes brimming, and fast-forwarded through the last batch of ads.

I’ve made passing mention of my mom’s suicide in my writing over the last couple of years, but my first truly raw and open essay about her death came out in the Rumpus last month, and since then, I have felt a new responsibility to be brave. The response to that essay was overwhelming. I was flooded with the most beautiful, wrenching, deeply personal emails. Some readers told me I had given them the courage to tell their own stories. They, in turn, have given me the courage to move forward with my darkest story, to look into the places that scare me and try not to flinch.

When the final scene on “Mad Men” came, though, I looked away. I wasn’t quite ready to see a character I cared about ... dangling. But I watched when Don Draper, who had also lost a loved one to that form of suicide and who also carried a lot of guilt about it, insisted on taking the body down. I saw the purple blotches on Lane’s pale face -- the “marbling,” as it’s technically (and somewhat grotesquely) called -- as they lay him on the couch. The makeup department clearly did its research. I didn’t see my mom’s body after she died. I had just given birth a week before, and my family wanted to protect me from that particular trauma. But my sister described my mom’s face looking just the same way.

The following week, in the season finale, Don Draper is haunted by the brother who hanged himself years ago after Don rebuffed him. While he is under the influence of nitrous oxide at the dentist, Don hallucinates that his brother appears, his neck ringed with the purple mark of a noose.

Don tells him not to leave, and his brother says, “Don’t worry. I’ll hang around.” Then he laughs and says, “Get it?”

My mom haunts me, too. Images of her in that parking garage often flood my brain as I’m falling asleep, and she shows up in many of my dreams. In one, I am in an airport, walking toward a departure gate. My mom is walking in the other direction, on the other side of a rope. Her face -- pale, mottled -- has no expression. She walks right past me without acknowledging my existence.

In another, she knocks me down on a stairwell and lunges for my throat like a vampire. But in the one that haunts me -- and strangely, sometimes comforts me -- she and I are standing in my-house-that-is-not-my-house when some sort of natural disaster hits, an earthquake perhaps, and my mother and I shoot through the roof, up into the air without any warning. No floor, no walls, just the two of us blasting into space. I yell “Mama!” and cling to her before both of us start to fall.

I don’t know who untangled my mom from the cord. A policeman, a coroner. I don’t know who found her. Like Lane, she had been hanging for many hours before she was discovered. Someday I’ll be brave enough to get those details. But for now, I’m starting slow. A TV show here, a deep breath there. For now, I’m imagining lowering my mother gently, gently down.