Study: Lots of liberals (and conservatives) don't really want to vote for Mormons

Are people who don't like conservatives being intolerant when they say they wouldn't vote for a Mormon? 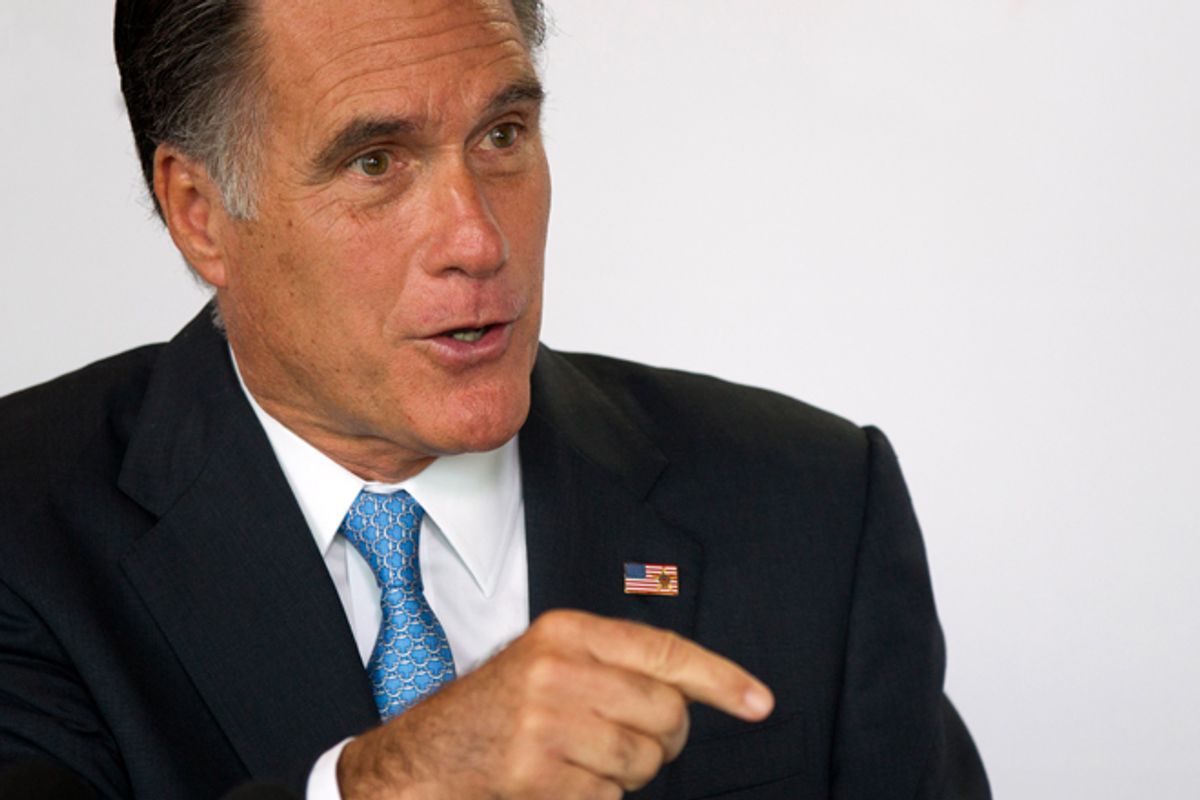 So in April I predicted that the nomination of Mitt Romney would lead to a dedicated effort to prove that liberals are constantly engaging in anti-Mormon bigotry. And today BuzzFeed's ace political reporter McKay Coppins links to a new study on the subject with the headline, "Liberal Anti-Mormonism On the Rise."

You can read the whole study here (.pdf), which I encourage you to always do whenever any journalist or pundit (myself included) writes a story interpreting a study of any kind. It does plainly show that the number of self-identified liberals who say they'd be "less likely" to vote for a candidate who is a Mormon rose between 2007 and 2012, from 28 percent to 43 percent. That's a big uptick! It also reflects the fact that the most prominent Mormon politician in the country is running for president as a conservative Republican.

This is from the study's conclusion:

Perhaps my anti-Mormonism is showing but I think there's a a pretty major difference between being unwilling to support candidates of a certain religion for theological reasons and being opposed to them for political reasons. Evangelicals believe Mormons aren't true Christians, a distinction that is completely pointless to me and not particularly relevant to questions of policy. Liberals believe Mormons ... are conservative, which is mostly true. Religious affiliation is a political issue. Being a Mormon makes it exceedingly likely that a candidate has illiberal beliefs about a number of issues, from gay rights to abortion. One thing the Mormon church did between 2007 and now that could partially explain this trend is spend a lot of money trying to get gay marriage banned in California. (Even Senate Majority Leader Harry Reid, probably the most liberal major Mormon politician in the U.S., is antiabortion.) It's perfectly legitimate to not want to vote for candidates of a certain religion if that religion dictates beliefs that are repellent to you. (Who would vote for a Scientologist?)

This liberal anti-Mormonism will make no difference in the election, of course -- these are people who wouldn't vote for a Republican no matter his religion. The conclusion of the study says that still-extant anti-Mormon feeling among conservatives is what could actually affect the outcome in November. (And even that is likely to affect the result only at the margins.)

Conservatives who don't believe Mormons are Christians are also more likely to believe Barack Obama is a Muslim, and these conservatives are the ones most likely to stay home on Election Day. (Or vote for some third-party candidate -- it's not too late after all, Americans Elect!) In short, most Americans still don't trust anyone who believes weird things that are different from the weird things they believe.