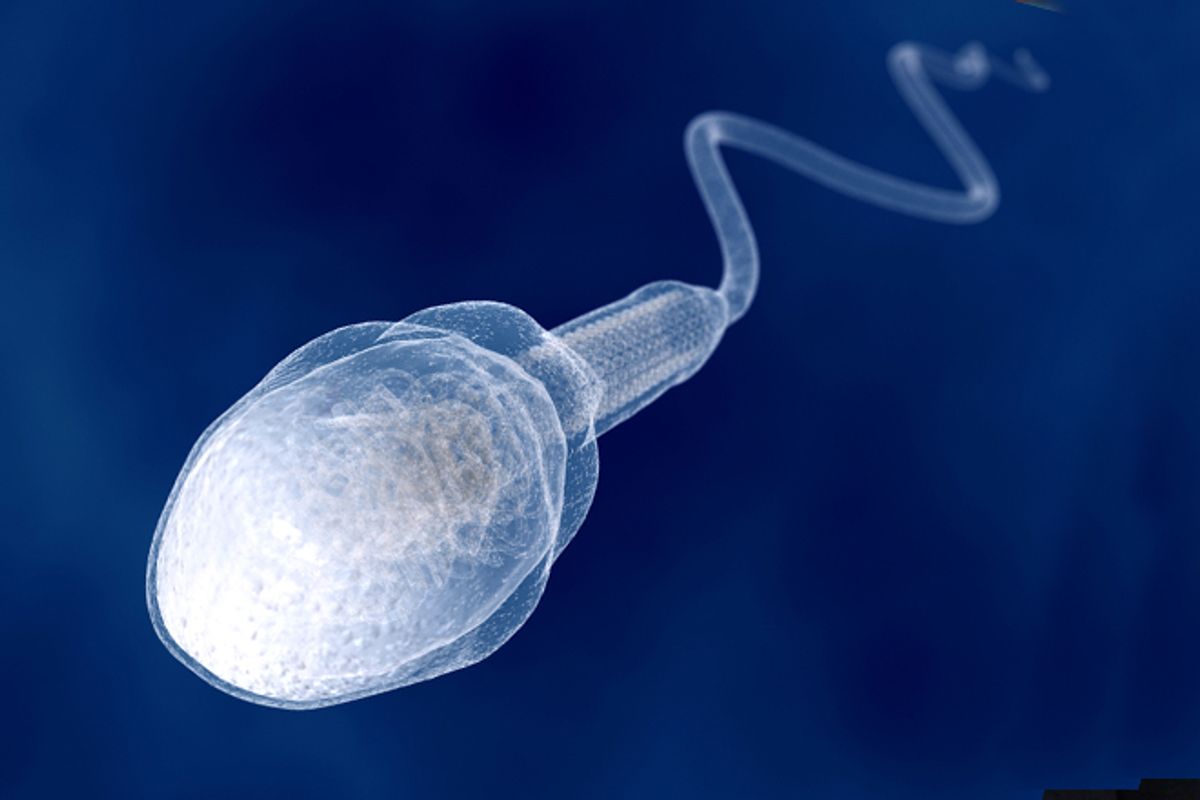 Lenny Smalls, whose Facebook page says he lives in Chicago and works as a transportation analyst, is very interested in long-acting, reversible male contraception. According to his posts on a fan page for one form being tested -- known as RISUG or Vasalgel -- Smalls is sufficiently frustrated by the pace of such drugs coming to the U.S. market to have begun personally testing an Indonesian herbal product called gandarusa.

“I plan to become the guinea pig and test this products effect on myself and my sperm,” he wrote recently. “I will take 1 pill daily and record how I feel everyday. After 30 days, I will see my doctor and have my sperm tested to see if it was effected by the supplement.” Earlier this week, Smalls’ plan ran into a hitch when the first doctor he saw refused to cooperate. (Smalls did not respond to interview requests, though he did agree to friend this reporter on Facebook.)

Smalls, who also enjoys writing slogans for Vasalgel on Facebook ("99 problems but a child isn't one -- Vasalgel" and "Because they decide everything else – Vasalgel"), is by no means alone. The Internet loves talking about male contraception -- more so than actual public health officials,  pharmaceutical corporations and politicians, judging by the fact that it barely came up in the contraceptive battles earlier this year. All of the necessary elements are there to capture digital fascination: body parts, sex, gadgets and weird science; the sometimes barely concealed sense that men are being victimized or deceived by women, and the patronage of a heretofore lost cause. In any case, the ideal of reproductive autonomy remains incomplete as long as men’s options are polarized between one-time-use condoms and permanent sterilization. (Plus, some of them say they want to relieve their partners of side effects from hormonal contraception.)

As Nona Willis Aronowitz wrote in her (slightly tongue-in-cheek) proposal on how to market such methods, “There's a joke in the medical community that no matter what year it is, an alternative male birth control method is always 10 years away.” Online, where news reports of research on male-controlled methods – ultrasound, testicular implants, various pills -- often go viral, it’s always a comment thread or Kickstarter campaign or petition away. And the handful of researchers in the field are inundated with offers to be the first in the clinical trial.

One of the most committed supporters of reversible male contraception happens to be a woman: Elaine Lissner. She's an advocate who runs the site Male Contraception Information Project (MCIP) and started a foundation, Parsemus, to support the work that foundations and pharmaceutical companies are reluctant to do out of a disbelief that there is a market, either in the developing world or domestically. Lissner, who has been interested in male contraception since the '80s and has since focused on it for over a decade, says she's heard from about 6,000 men interested in learning more about the work.

These days, she's more sanguine than not about its prospects. "People understand that a third of the contraception in the U.S. is being done by men –- between condoms, vasectomy, if you throw in withdrawal," she told Salon. (You probably shouldn't throw in withdrawal.) Still, there is a long road ahead. Even a highly common permanent method, vasectomy, isn't covered by the federal government's new insurance requirements, a fact that was noted by a high-profile opponent of the regulations, Helen Alvaré. "The government is facilitating only women’s ingesting chemicals (which the government’s own data indicate have some proven harmful side effects) and is placing the burden of pregnancy prevention entirely on women," Alvaré wrote.

Of course, this is coming from a belief system that is against all artificial pregnancy prevention, male or female. But Lissner nonetheless hopes that reversible male contraception can take some of the heat out of the debate over fertilized eggs and contraception, the same one that has fueled the Personhood movement and antiabortion activists' opposition to the morning-after pill. "You can’t get any further away from the egg than male contraception," Lissner says. "You just completely take the abortion issue out of it." On the other hand, she adds, "You can be opposed to male contraception if you’re opposed to people having sex."

The potential method that’s probably furthest along is also the most high-profile, the aforementioned Vasalgel, subject of a Wired feature last year. (It, too, took note of the ferocious enthusiasm of male contraceptive aspirants, including the Florida man who memorably wrote a researcher, “I’d gladly put my balls on the chopping block for the benefit of mankind.”) It’s described as “a polymer gel that goes in the vas deferens and kills sperm for more than 10 years.” Lissner's foundation just began rabbit trials this week and hopes to start on humans next year.

So far, there's been less visible enthusiasm for the so-called clean sheets pill, which would be taken before sex for a semen-free orgasm. Lissner is enthusiastic that this could double as an HIV prevention pill for men (including men who have sex with men and aren't worried about pregnancy). But for whatever reason, putting out initial feelers on funding and public interest didn't yield much. The relative indifference may be due to sentiments expressed by the following Internet comment: "The ability to provide a money shot is the only advantage to being a man. It's the reason we put up with war, brother. This will never, ever work."