Who benefits from Bush's tax cuts? 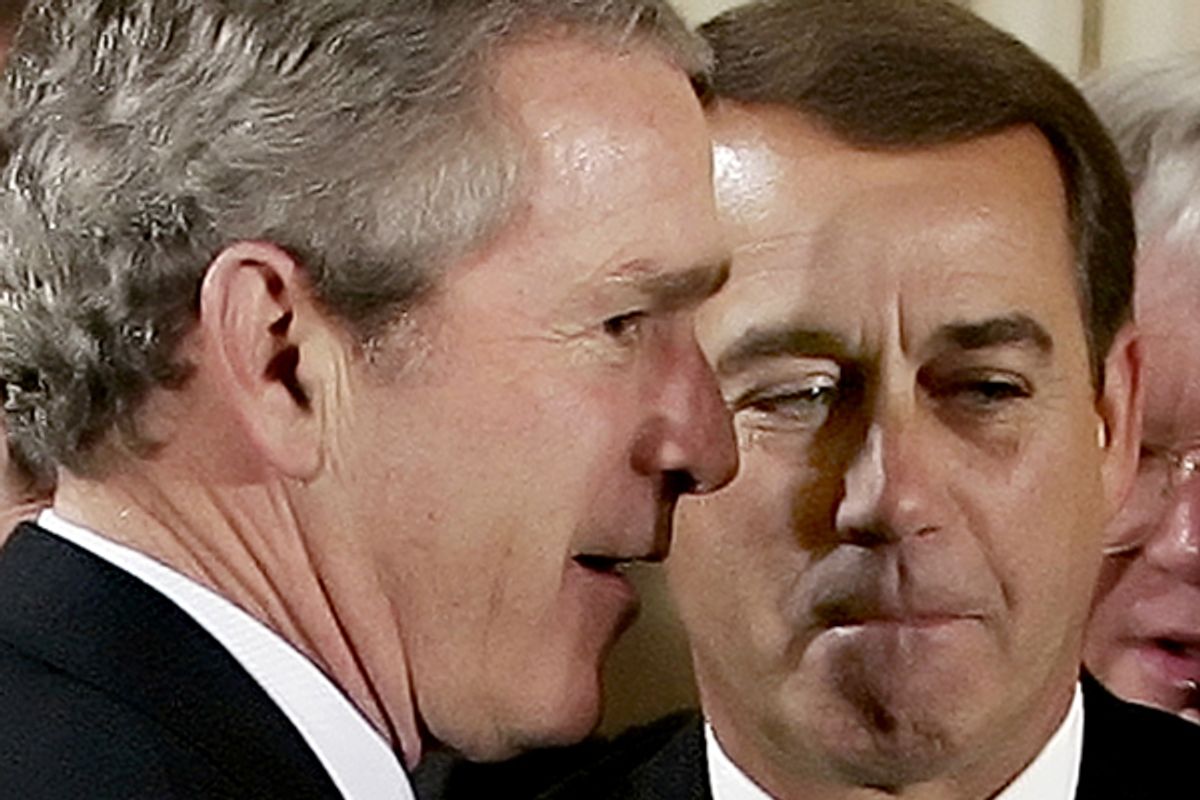 One of the key policy issues Congress will have to deal with in this election year is how to head off the looming “fiscal cliff” -- the expiration of a number of key economic policies in January, including the Bush tax cuts. President Obama and congressional Democrats want to extend the Bush tax cuts for just middle- and working-class Americans, and let the breaks for the wealthy expire (though there’s some disagreement about where to draw that line). Congressional Republicans want to keep the whole lot.

So how many people would actually benefit from preserving the top-tier cuts? Just 1.9 percent of Americans, according to a new report from the nonpartisan Citizens for Tax Justice, which also broke down the impact of the policy on a state-by-state basis. In 22 states, even fewer people, just 1.5 percent -- would lose some tax benefits. Under the Republican approach, about 32 percent of the overall tax benefits would go to the top 1 percent of Americans, and nearly half would go to the top 5 percent. Under Obama’s approach, which would preserve the cuts only for families making less than $250,000 a year, those numbers are just 11.4 percent and 30.8 percent, respectively. And despite their talk of deficit control, the Republicans’ plan would cost almost $1 trillion more than Obama’s over 10 years.

The results are perhaps not too surprising for anyone who has been following the Bush tax debate, but they underscore the parties’ competing visions for the economy. And the numbers could be fodder for Democrats who have been trying to paint the GOP and its presumed presidential nominee, Mitt Romney, as out of touch and only interested in helping the wealthy. (Romney has called for extending the Bush tax cuts for the wealthy and his own tax plan would disproportionately benefit the wealthy, including himself.)

Yesterday, Senate Democrats released a report showing that the House Republican budget authored by Budget Committee Chairman Paul Ryan would slash taxes on the wealthy and raise rates on the middle class. The findings were confirmed by outside analysts. Ryan’s budget probably has little hope of becoming law as long as Democrats control the Senate and White House. On the other hand, it’s very possible that all of the Bush tax cuts, including those for the wealthiest Americans, will be extended before they expire at the end of the year.