Meeting the president's step-grandmother at the family compound in Kenya 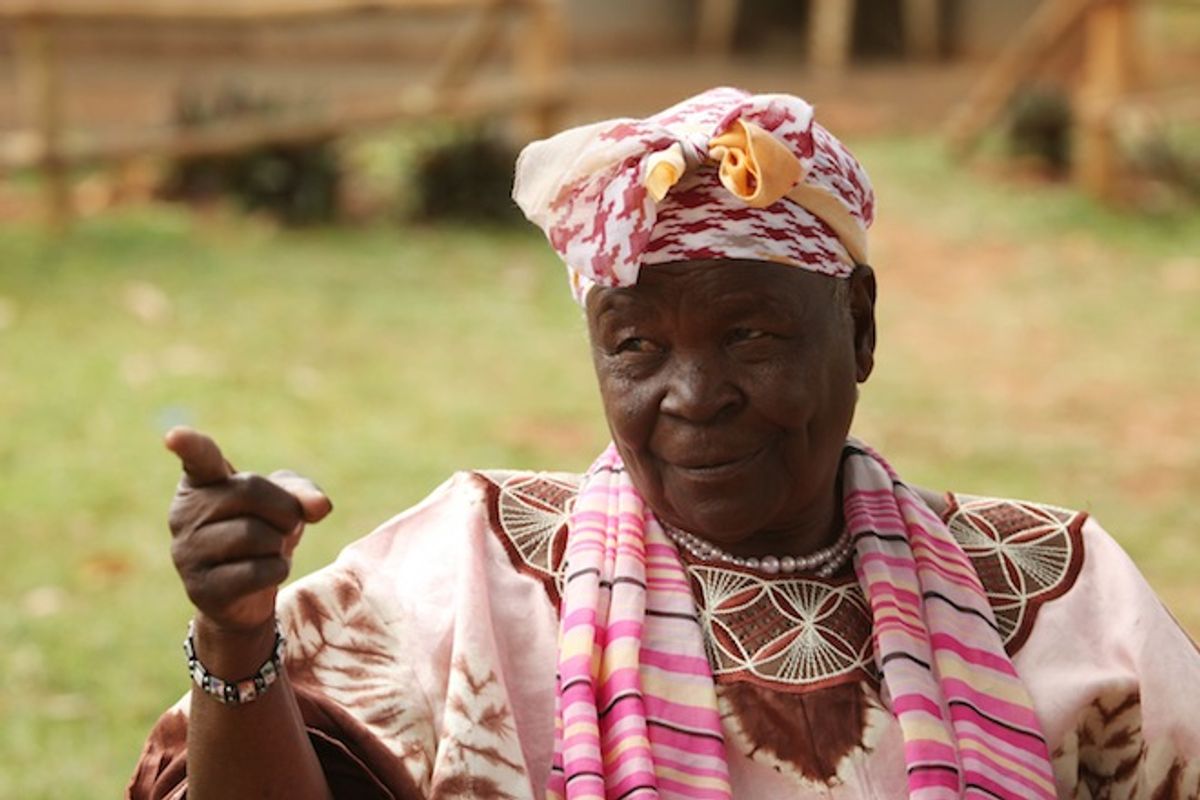 These days, you need an appointment to see Obama's Granny, and yesterday we had one.

In Kogelo they call her Mama Sarah Obama, and the once-modest home of Barack Obama's step-grandmother, 90, is now a heavily guarded compound, reached by a namesake road. The money comes from donations, she told us, though the Kenyan government has clearly found the funds to chip in, sending her a full-time minder at its own expense. There are three children orphaned by AIDS living in the house, Obama said, sitting regally before rows of plastic chairs in her compound, and she also looks after some of the other AIDS orphans in the village.

As places of tribute go, this one is theoretically inspiring -- this remote privation two generations away from the presidency -- but forged of a pretty tenuous connection. Here is the sum of it: Sarah Obama, as "Granny," is featured in the president's memoir "Dreams From My Father," as he struggles to understand his father. Barack Obama was last here in 2006; pictures of Michelle and him getting tested for HIV are proudly displayed at the nearby CDC research center. Then Granny attended his inauguration. It appears that this particular Mrs. Obama is using the strange twist of fate to do some good for orphans and the elderly, but there's only so much you can learn in a ceremonial visit.

What we did learn is that Sarah Obama has views that aren't terribly surprising for a 90-year-old Kenyan woman who lived a fairly traditional Luo life until the cameras showed up. She opposes family planning and abortion -- because babies are a gift from God. She thinks women shouldn't be able to inherit property, though when asked what advice she would give to a young girl, she stressed education. Asked about efforts to get men to fight domestic violence, she replied that women should be beaten if they're disobedient to their husbands. In case you're wondering, her dowry when she married Barack Obama's grandfather was 12 cows.

Also, she said life was better under colonialism: less of a mess. Nobody tell Newt Gingrich.

Wandering around the compound are a turkey, several sheep, cows and rabbits. While Mrs. Obama was being asked whom she would favor in Kenya's next elections, I suddenly noticed that two of the rabbits were busily copulating just to the right of us.

I said, "Some people want to believe that the president was born in Kenya. Have these people ever bothered you or asked for his birth certificate?"

Mrs. Obama looked concerned, started to protest. But it turned out it was because the rabbits, post-coitus, had started to run away via a security guard's carelessly ajar gate.

I repeated my question and it was translated. Mrs. Obama wrinkled up her face. Then the interpreter jumped in: "She says, 'But Barack Obama wasn't born in Kenya.'" That should settle it.