The California Democrat, long a prime defender of the Surveillance State, renews her assault on the First Amendment 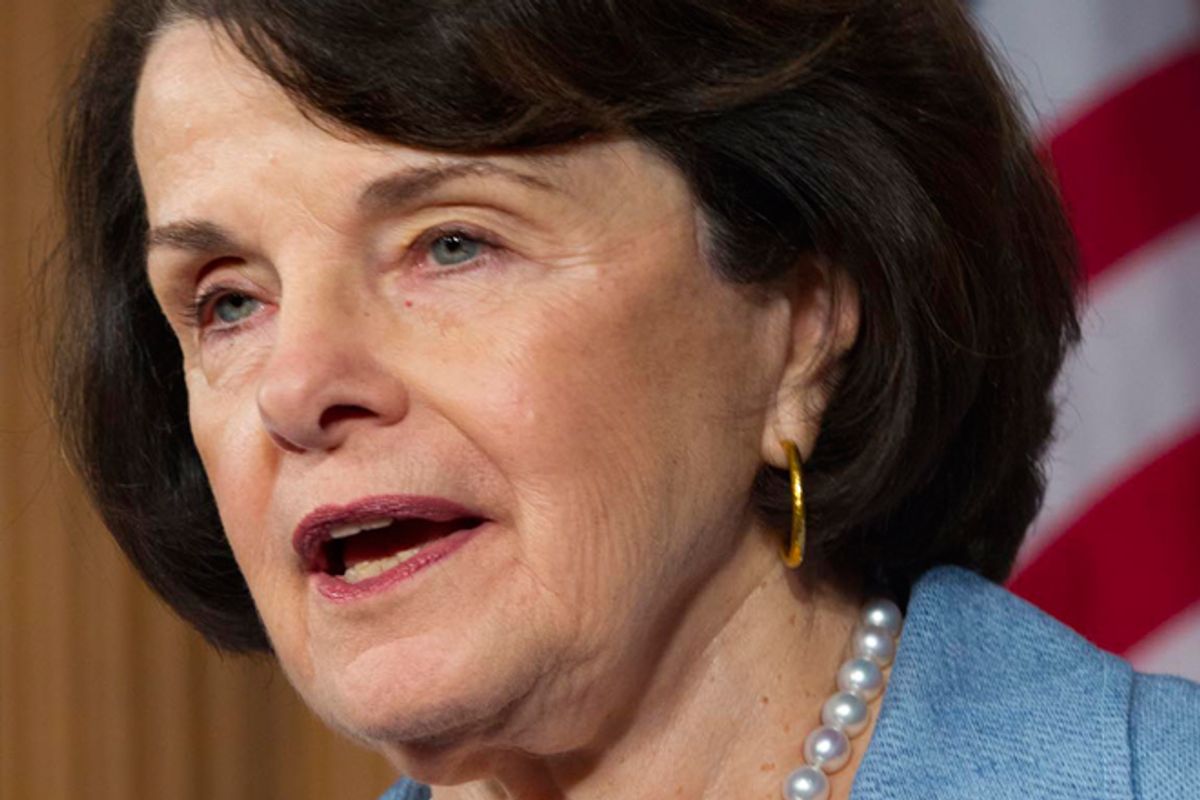 The supreme Senate defender of state secrecy and the Surveillance State, California Democrat Dianne Feinstein, yesterday issued a statement to Australia's largest newspaper, The Sydney Morning Herald, demanding (once again) the prosecution of WikiLeaks and Julian Assange. To see how hostile Feinstein is to basic press freedoms, permit me to change "Assange" each time it appears in her statement to "The New York Times":

The head of the US Senate's powerful intelligence oversight committee has renewed calls for [The New York Times] to be prosecuted for espionage. . . .

''I believe [The New York Times] has knowingly obtained and disseminated classified information which could cause injury to the United States,'' the chairwoman of the Senate Select Committee on Intelligence, Dianne Feinstein, said in a written statement provided to the Herald. ''[It] has caused serious harm to US national security, and [] should be prosecuted accordingly.''

As EFF's Trevor Timm noted, there is no sense in which Feinstein's denunciation applies to WikiLeaks but not to The New York Times (and, for that matter, senior Obama officials). Indeed, unlike WikiLeaks, which has never done so, The New York Times has repeatedly published Top Secret information. That's why the prosecution that Feinstein demands for WikiLeaks would be the gravest threat to press freedom and basic transparency in decades. Feinstein's decades-long record in the Senate strongly suggest that she would perceive these severe threats to press freedom as a benefit rather than drawback to her prosecution designs.

The Morning Herald article also reported that "the US Justice Department has also confirmed WikiLeaks remains the target of an ongoing criminal investigation, calling into question Australian government claims that the US has no interest in extraditing Mr Assange." In other venues, the Obama DOJ has repeatedly confirmed the existence of an ongoing investigation, including just last week. Moreover, recently obtained diplomatic cables published by the Morning Herald revealed in late May that "WikiLeaks publisher Julian Assange remains the target of a major US government criminal investigation and the subject of continuing US-Australian intelligence exchanges." The U.S. Army's Criminal Division issued a letter last month expressly confirming that there is an ongoing investigation aimed at WikiLeaks.

Given all of that, it looks like the Observer's British neocon warcheerleading columnist, Nick Cohen, picked a really bad week to write an entire column mocking concerns that the U.S. would seek to prosecute and extradite Assange as "paranoia." Only wilful ignorance would lead someone to claim that such evidence is nonexistent. Indeed, the evidence has long been overwhelming that the U.S. is eager to prosecute him and is actively seeking to do so. That's because it's filled with people like Dianne Feinstein, whose supreme loyalty is to the National Security State which enriches them, and who are plagued by a demonstrated willingness to trample on basic Constitutional protections in order to protect it.

I'll be speaking tonight at the Powerhouse Arena in Brooklyn at 7:00 p.m. Information and tickets to the event, hosted by the political comedian Jamie Kilstein, are here. Afterward, I'll be on Lawrence O'Donnell's 10:00 p.m. show talking about the paperback release of With Liberty and Justice for Some.