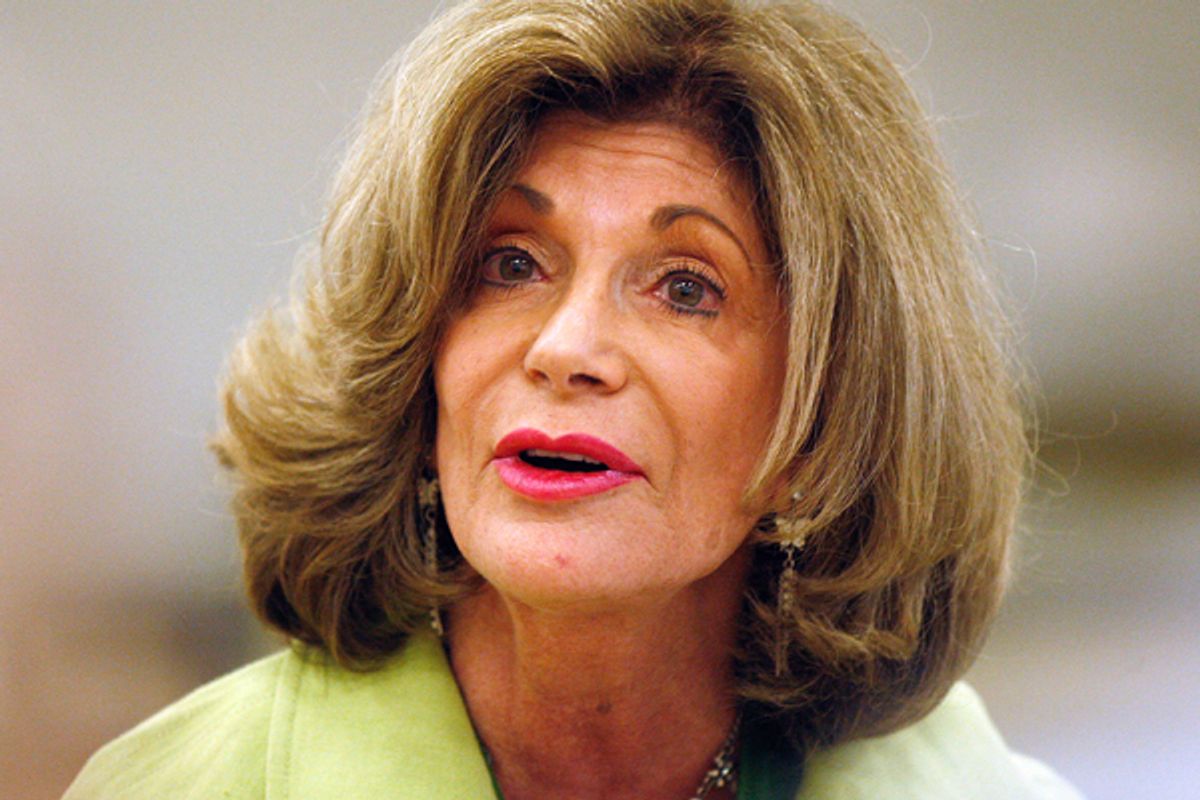 One of the few opportunities Democrats have to flip a Republican-held Senate seat this fall got a lot more complicated with the news yesterday that the House Ethics Committee is opening an investigation of Rep. Shelley Berkley.

The Nevada Democrat faces accusations that she used her influence to prevent federal regulators from shutting down her husband’s kidney transplant facility in Las Vegas. The controversy first emerged after a New York Times report last September, and Berkley has maintained that she did nothing improper, and has pointed out that other Nevada politicians, including the man she’s now running against, appointed Republican Sen. Dean Heller, were part of the effort to save her husband’s business.

But the news that her actions are being investigated by her peers makes for damning headlines by home and a potent talking point for Heller and his allies. Berkley’s fate isn’t sealed; polls have been tight, Nevada is a winnable state for a Democrat, and there is a precedent for surviving this sort of thing (Bob Menendez, who won a nine-point victory in New Jersey in 2006 even though his opponent was able to say that Menendez was the subject of a federal investigation). Still, it’s fair to say that Berkley’s chances of ousting Heller just took a real hit – and so did the Democrats’ chances of holding on to the Senate.

Right now, Democrats own a 53-47 majority in the chamber. The problem is that they’re defending far more seats than Republicans this fall. They caught some breaks earlier this year, especially with the unexpected retirement announcement of Maine’s Olympia Snowe. Independent Angus King is the heavy favorite to replace her, and until and unless evidence to the contrary emerges, the assumption is that King (who has endorsed President Obama) will caucus with the Democrats.

Right now, Republicans have a host of pick-up opportunities. The Nebraska seat being vacated by Democrat Ben Nelson is regarded as a near-certain pick-up for the GOP, even with former Sen. Bob Kerrey making a comeback bid as the Democratic nominee. In North Dakota, where Democrat Kent Conrad is retiring, polling has been surprisingly encouraging for Democrat Heidi Heitkamp, but national Republicans have taken note of the situation and she’ll be swimming against a fierce partisan tide in November. Montana, Missouri, Virginia, Wisconsin, Florida and New Mexico also offer clear takeover targets for the GOP.

The Nevada race is key for Democrats because it’s one of only two contests where the party’s candidate has a clear chance to take a Republican seat. The other is in Massachusetts, where Elizabeth Warren is challenging Scott Brown. Winning either of these races would wipe out of the effect of a loss in one of the states listed above. Opportunities like this are precious for Democrats in 2012. It’s still very possible they’ll hang on to the Senate even if Berkley loses, but their margin for error just shrank a bit.