Did I ruin journalism? 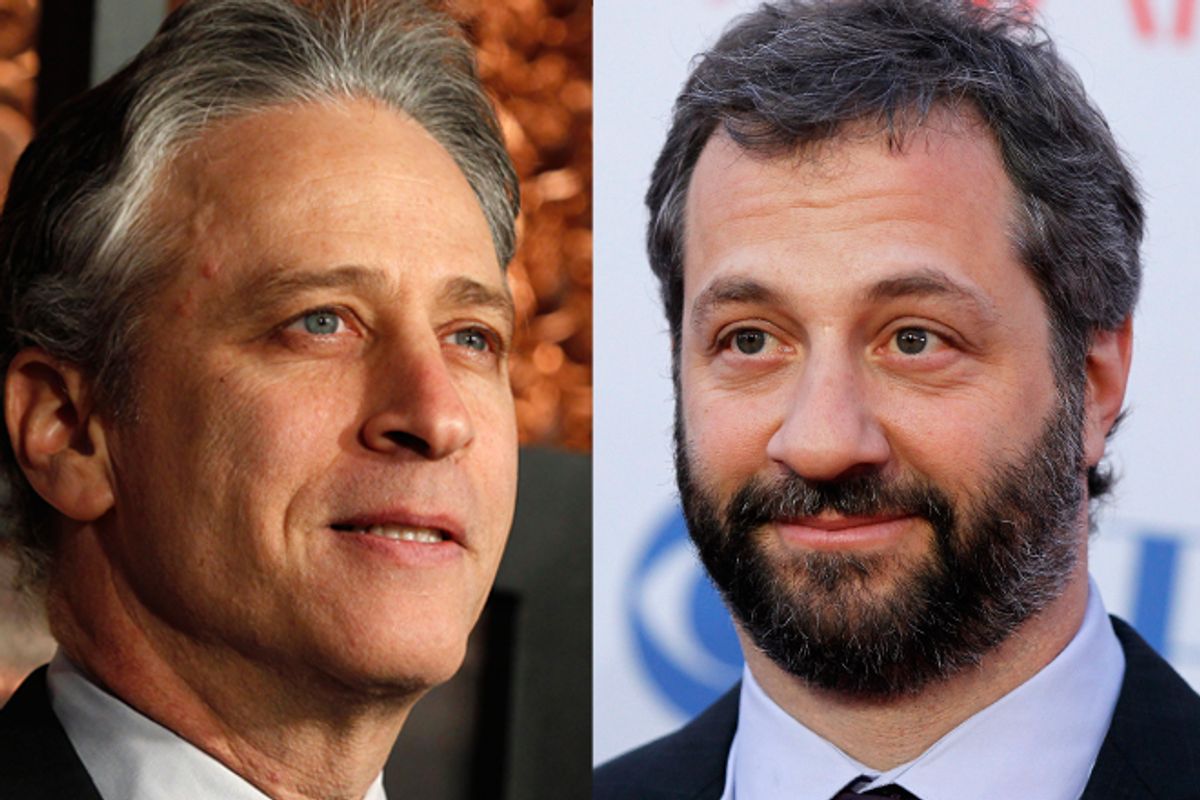 Yes, it’s true – I’m guilty. While working for Jezebel, I posted a leaked internal email about some nail polish being mysteriously recalled from American Apparel, wrote a headline with a question mark, and didn’t wait for the flack to weigh in. Later, I updated the post with the flack’s statement in full. The same publicist, it seems, is still upset, and has named a chapter after me in his new book about “media manipulation,” using three of my posts at the widely-read site for women as a case study of everything wrong with modern journalism.

In “Trust Me, I’m Lying," Ryan Holiday accuses me of "a pattern of manipulation," a "pageview-hungry version of reality," and of only thinking that I'm a writer. Did I mention that I was somehow personally responsible for the eventual undoing of a nail polish business where even the “ninety-year-old grandmother still worked on the factory floor”?

I dislike being trolled as much as anyone, but the account includes substantial lies that are so easily disproven that, well, here I am being trolled.

The book is mostly about how the Internet ruined journalism, for which Holiday, a publicist whose claim to fame is stoking controversy around American Apparel and "fratire" author Tucker Max, takes an awful lot of credit. Apart from the inaccuracies, the fatal flaw of Holiday's account is that he projects on everyone his own abject cynicism and bad faith. He longs for a supposedly purer time of “real” journalism, before Internet Girls like me ruined everything, but except for that nail polish story, he chose examples of basic newsgathering, if of an opinionated sort. Holiday's main remedy for journalism’s ills is that we all wait for the publicist to get back to us to get the "real" story.

“Will deliberately generate denunciations from the blogging elite” was a promise made in Holiday’s proposal for “Trust Me, I’m Lying," a sort of hybrid business how-to and tell-all. True to his word, on Thursday he emailed me a link to the chapter about me that had been republished on the site Boing Boing, with the words, “Ball is in your court.” (With all respect to my own “elite” platform and to his purported area of expertise, I’d recommend he punch higher next time.)  In what I can only assume is a deliberately ironic attempt to teach me a lesson after the nail polish incident, it was my first invitation to respond to the accusations, though he clearly knows how to find me, and we even met in person at a party in March while he was still revising the book. (In the book, he quotes from a South by Southwest event that took place the same day.) This amounts to a book that has even less authority than that dashed-off blog post about a nail polish recall.

If he'd asked, I might have told him that the central accusation he makes about my piece on the Daily Show's disappointing record on female correspondents and writers -- that I never adequately tried to get official comment from the show -- is false (more on that in a moment). I could have pointed out that the “hazardous material” headline he takes issue with came from the fact that managers were told “that the nail polish is now considered 'hazardous material.’” I could have told him that the claim that my “pay is determined by the number of pageviews [my] posts receive” is also incorrect. I was paid a grown-up base salary -- a decent bump up from my previous gig at a newspaper -- and full benefits. Some months, I’d get an unexplained bonus from a pool distributed by the editor at her discretion, and traffic was only one barometer.

I also could have told him that writer Emily Gould, cited in the chapter, was not “one of the original editors of Gawker,” but rather hired four years after it launched. But then again, Google could also have told him that.

Posting emails with speculative headlines was not my favorite part of working at Jezebel, nor was writing a half-dozen or so times a day. I agree with Holiday that neither are particularly conducive to journalistic enterprise. (That’s partly why, after two years, I moved on to Salon, with a different pace and editorial mission.) My favorite part about working at Jezebel was being part of a raucous, funny, feminist community on the Internet that also wasn’t afraid to call people out, even people we liked, when the occasion warranted it. I also learned how the sometimes raw tools of the Internet -- emotion, immediacy, direct access to primary sources -- could be used for good as well as gossip. They could mean the difference between well-meaning and unread and well-meaning and widely-discussed.

But in Holiday’s formulation, sexism or discrimination aren't real, they're just something he uses as a way to sell products. No one actually believes in what they write or the issues they’re writing about, because, Holiday claims, we are all motivated by a desire for attention or money. I’ll freely admit that like most writers, I prefer my work to be read and I like to be paid for my labor. But you know what reliably gets more traffic than articles about gender or, the beat I’ve been on for several years now, politics and reproductive rights? Cats and iPhones. You know who reliably makes way more money than journalists? PR people and authors of self-aggrandizing tell-alls.

Strangely, though Holiday’s criticism hinges on using me as the poster-child of bloggy disregard for reporting, the two other stories he cites are examples of old-fashioned newsgathering. It's true that, in one of the cardinal benefits of Internet transparency, they came from a clearly-stated point of view, in this case a feminist one.

Take the story about women on the Daily Show. Holiday says this story was a "lie" because he doesn't believe I contacted the show for comment, because he claims I relied solely on anonymous sources, and because the women working on the show issued an open letter disputing the piece. Let's start at the top. "Did Carmon really send repeated requests for comment to The Daily Show?" he asks. "Who did she contact? Did she provide time for them to respond? Or is it much more likely that she gave the show a cursory heads-up minutes before publication?" The answers: Yes; the publicist I'd worked with on past stories; yes, a week; nope. (You can read the emails here). Ad hoc efforts to reach current staffers through unofficial channels were unsuccessful. In the end, the piece had interviews with five named sources -- three former correspondents, one former executive producer, one former high-ranking writer -- plus anonymous accounts from a show insider and a former correspondent who both asked not to be named because they feared alienating their powerful former employer. I also quoted a female comedian who had auditioned repeatedly for the show.

While I would have loved to have been allowed access to current staff, and each employee's experience clearly can vary, only a publicist would suggest that the enthusiastic defense of the source of one's paycheck is the last word on any story.

The third bone of contention is a brief interview I did with Judd Apatow. It was pretty straightforward. In November 2010, I saw him at the premiere of Lena Dunham’s "Tiny Furniture" and introduced myself as a reporter. He graciously agreed to an interview, and I published much of it verbatim. Holiday claims that that I ginned up part of what I asked about -- the feminist criticism of Apatow’s movies, on which the star of his movie on the cover of Vanity Fair and endless critical ink beg to differ. Holiday's sole evidence for Judd Apatow’s movies not being sexist is that Judd Apatow says so himself, and therefore no one is allowed to ask about it.

While I prefer traditional reporting in most matters, I can’t be nostalgic for the days in which you couldn’t do or say anything without access to official sources mediated by people like Holiday, and in which a very narrow pool of gatekeepers decided how much you could show your point of view and how often. My guess is that the Daily Show didn't grant my request because they felt like they didn't have to answer to some blog, and that they eventually did respond, publicly, because they realized that wasn't true anymore.

Anyway, things change, and the Internet can easily reflect that. These days, Apatow deserves (and has gotten) major kudos for backing talented women like Dunham and Kristen Wiig, to enormous success. Whether the years of criticism made a difference is something Apatow is free to amiably deny and observers remain free to interpret as they see fit. Similarly, in the two years since my piece came out, the Daily Show has substantially upped both on-air female representation and its coverage of women's issues, including reproductive rights. (Or, in the words of writer Sarah Seltzer, “Has Jon Stewart become a flaming feminist?”). I don’t personally know if it had anything to do with the controversy -- it's no longer my beat -- but I appreciate it.