The case for positive book reviews 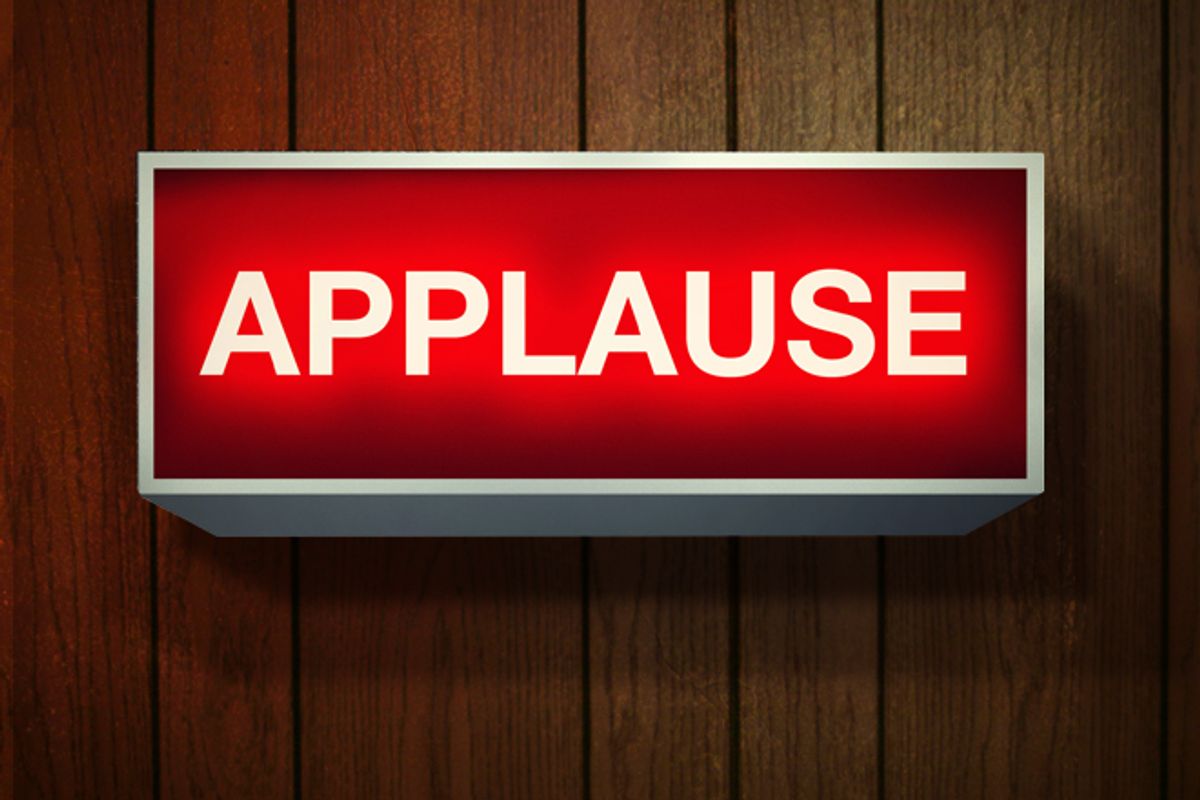 Did you know that today's literary criticism is submerged in a flood of niceness? Me neither. Yet that is the opinion of Jacob Silverman, a contributor to Slate, who complained of it earlier this month, and of my former Salon colleague Dwight Garner, who seconds Silverman's emotion in this Sunday's New York Times Magazine. Silverman claims that "cloying niceness and blind enthusiasm are the dominant sentiments" in book reviews and blames this namby-pamby development on Twitter and Tumblr. Garner maintains that we are "drowning" in "yes-saying critics." Silverman calls for more "blistering critiques" to "make our culture more interesting," and Garner worries that eschewing harsh reviews will lead to a "zombie culture."

The idea that book reviewers have gone soft is a very popular one, and as Jane Hu recently and amusingly demonstrated in a history of the decline of book reviews for the Awl, it's been popular for a long time. The deplorable state of literary criticism is something somebody complains about every decade or so; most notably, Elizabeth Hardwick fulminated on the subject in Harper's magazine back in 1959 (which suggests we can let Twitter off the hook). The too-nice argument alternates, roughly, with the slightly less prevalent "too-nasty" essay, in which someone asserts that reviewers have become gratuitously vicious. (Presumably, the readers who find book reviews to be "just right" curl up, Goldilocks-style, for a nap.)

Everyone who has ever been disappointed by a book praised in the press is prone to embracing the too-nice position; as a rule, only authors worry that reviews are too mean. Readers -- particularly those who are frustrated authors -- seem to harbor vast reservoirs of bile toward well-reviewed books they've disliked, and take a keen if indiscriminate pleasure in seeing other books (usually ones they haven't read) pilloried in their stead. All too often, people relish negative reviews with a free-floating glee that leaves the reviewer, however justified, feeling a bit dirty afterward.

Yet of course there's a place for negative reviews. A great example is Emily Nussbaum's review of Aaron Sorkin's new dramatic series for HBO, "The Newsroom." Nussbaum delivers a comprehensive deflation of the smug, glib self-righteousness Sorkin's work too often degenerates into under the guise of principled sophistication. Her piece is effective because most of its readers will have seen "The West Wing" and (maybe) "Studio 60 on the Sunset Strip," two of Sorkin's earlier projects. Many of them will have loved "The West Wing" and been repelled by "Studio 60." Nussbaum articulates what's so grating about Sorkin-gone-wrong, the sense that this is "artificial intelligence, predicated on the notion that more words equals smarter." That's the sort of observation that sharpens viewers' own uneasiness with "The Newsroom" and contributes in its small way to the evolution of their taste and understanding.

But notice that I picked a piece of television criticism as my example. Even if you haven't seen "The Newsroom," you, too, have probably seen "The West Wing" or "Sports Night," or some other Sorkin production. You and I, with Nussbaum, have that slice of culture in common, and what she has to say about Sorkin's style, the reputation he enjoys and the legitimacy of that reputation, can be related to our own firsthand observations and experiences of his work. That's just not the case with the vast majority of book reviews.

Garner and Silverman's laments over the (highly debatable) scarcity of negative book reviews is at heart nostalgic. It hearkens back to a time when books, particularly the novel, could be discussed the way Nussbaum is able to discuss Sorkin's television series, with the assumption that her audience already has some acquaintance with and opinion on her subject. It was, legend has it, a time of magisterial critics who decreed which new books mattered according to their own beautifully articulated criteria, and who slapped down presumptuous pretenders. They clashed among themselves, of course, those giants, but with the conviction that they were collectively determining which books every educated, cultivated American ought to read.

There are plenty of reasons to find fault with that now-defunct system, and you probably already know what they are. I, for one, view many of the works those critics neglected as more meaningful and accomplished than the ones they valorized. But let's pass over that old quarrel for the time being. Let's acknowledge that whatever our reservations might be about those antiquated standards, at least the establishment that fostered them lent a sense of significance to the quixotic and isolated activity of reading and reviewing new books. I understand why some people miss that aspect of the old regime, but feel obliged to point out that simply acting as if books and reviews still played the same central cultural role they did in 1960 won't make it so.

Today, the average work of literary fiction appears and vanishes from the scene largely unnoticed and unremarked. Even the novelists you may think of as "hyped" are in fact relatively obscure; I've got a battalion of perfectly intelligent cousins who have never heard of either Jonathan Franzen or Dave Eggers. Sure, they know who James Patterson is, but they also know he's no artist. They've never read a book because it was praised as a work of genius on the front page of the New York Times Book Review, and they are oblivious to the existence of James Wood.

As for those people who have heard of today's best-known literary novelists, the vast majority haven't read their books. This won't, by the way, stop them from expressing an opinion on those books because they have, after all, read the reviews (and the author profiles and interviews). Still, there's some merit in publishing sincere negative reviews of the two or three serious novels that reach that level of acclaim every year, since there's a slight chance that the general praise has persuaded enough people to read them. (On a less elevated plane, for readers whose desire to see a negative review of a novel reliably kicks in after it gets good notices in a few other prominent publications, there's always the New Republic.)

But a negative or middling review of a literary novel that the reader would otherwise have never heard of and is unlikely to ever hear of again? No one needs to read such a thing, and furthermore, no one really wants to. (At Salon, we've got the numbers to prove that.) The idea that more negative reviews of such books -- what Silverman calls "skeptical, cranky criticisms that may be painful for writers to experience" -- will somehow benefit readers in general and "make for a vibrant, useful literary culture" strikes me as misguided. If the point is to educate the author's fellow writers, then for God's sake, take it to the classroom, workshop or specialty publication.

Unless such a review is a spiteful slapdown engineered to gratify the unexamined resentments of the worst sort of reader, how welcome (let alone "useful") can it really be? The kind of criticism that Garner respects, that "means talking about ideas, aesthetics and morality as if these things matter" is not especially illuminating to someone whose only knowledge of the work comes from the review itself. A close critical reading of a text can be revelatory indeed -- but only when you've had a chance to read it, or other works by the same author, for yourself. "Let me draw your attention to an obscure book that's not worth reading and then tell you in detail why it doesn't measure up," is a pretty feeble bid for a reader's attention and time. And the only kind of literary conversation it fosters is more of the sort where people talk knowingly about books they haven't even read.

Since the average new book is invisible to the average reader, critics who have a choice usually prefer to call attention to books they find praiseworthy. As Garner notes, platforms on which to write about books for a general audience are vanishing fast. Most of the readers drawn to such publications want to be informed of the best new books and to read criticism that enhances their understanding of and appreciation for those books. Literary websites like the Millions and the Los Angeles Review of Books provide a place for in-depth essays directed at a more specialized audience, such as other authors, who are most likely to benefit from the dissection of their peers' sub-par efforts.

Believe me, I, too, wish we lived in a time when every educated adult tried to read 10 substantive novels a year and liked to debate their strengths and weakness at cocktail parties the way people now talk about "Mad Men" or "Girls." But wishing won't make it so.