Pick of the week: A dazzling world tour of birth and death

Pick of the week: "Samsara" offers a spectacular non-narrative global voyage in the "Koyaanisqatsi" mode 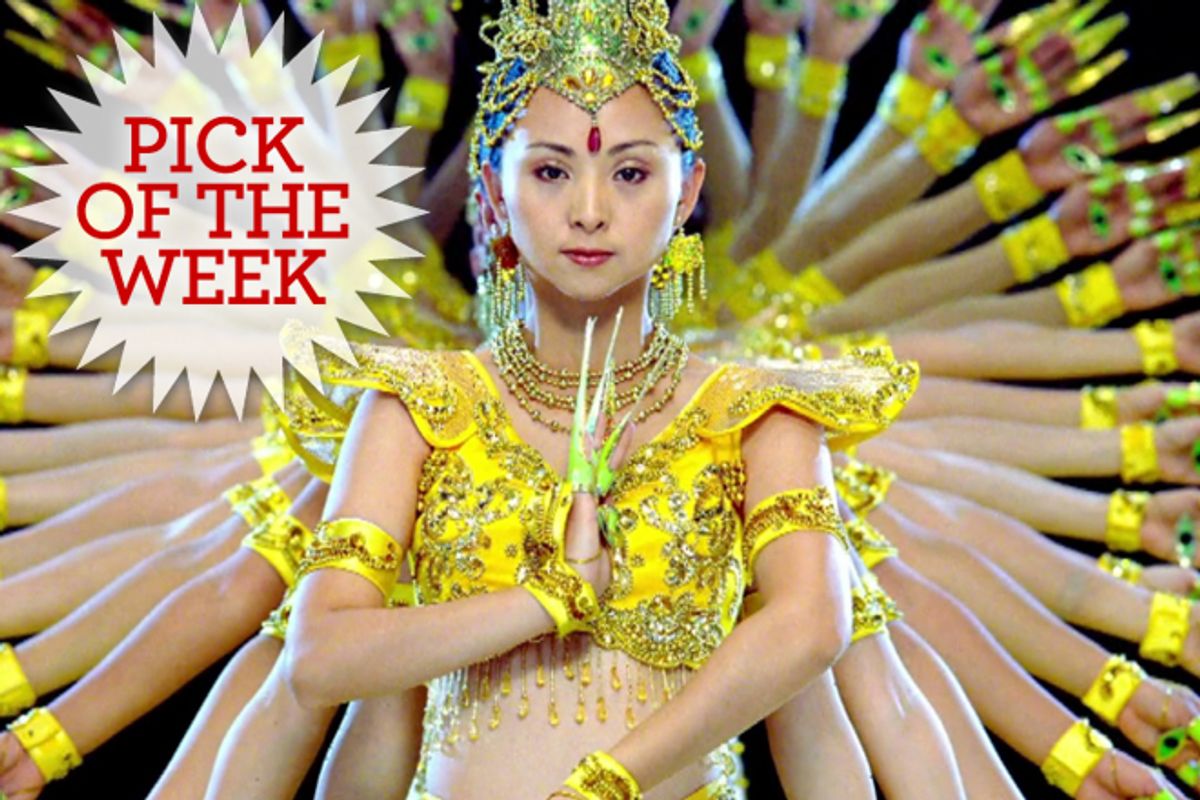 All movies, or nearly all, tell stories through the juxtaposition of images and the relationships between them. That’s the nature of the medium, so I suppose a film like Ron Fricke and Mark Magidson’s “Samsara,” which has no dialogue and no narrative in the ordinary sense, is just an extreme or pure version of the form. “Samsara” is a ridiculously ambitious cinematic experiment, a poetic and impressionistic visual essay shot entirely on 70mm film under exceptionally difficult conditions in dozens of locations scattered across five continents. (With a memorable and subtle musical soundtrack variously composed by Marcello De Francisci, Lisa Gerrard and Michael Stearns.) It demands to be experienced on its own terms or not at all, which creates a significant level of resistance in the contemporary media marketplace – but may also be a source of counterintuitive appeal.

Of course you can watch “Samsara” on TV or on your tablet computer or whatever, live-tweeting the whole thing or doing shots every time a sand dune or a ruined dwelling or a simulacrum of the human form appears on the screen. But whether they meant to or not, Fricke and Magidson have sent us a quixotic telegram from the recent artistic past, a handmade work in an old-fashioned tradition that’s meant to be projected on the wall of a communal temple where we sit and watch it in reverence, silence and darkness. How large an audience is there in 2012 for this kind of defiantly contemplative experience? Not large, I imagine, but “Samsara” offers some of the most rapturous images in recent cinema, along with an intriguing aesthetic and philosophical puzzle. You’ll be moved, amazed, mystified and perhaps sometimes irritated, but you’ll never regret seeing it. (The two filmmakers conceived and edited the project together, with Fricke credited as director and cinematographer, and Magidson as producer.)

“Samsara” belongs to a small but enduring tradition, the non-narrative, pure-cinema documentary, often but not always presented as a de facto spiritual exercise. Fricke was a cameraman on Godfrey Reggio’s legendary “Koyaanisqatsi” in 1982, an ecological meditation that pretty much defined the genre, and joined forces with Magidson a decade later to make “Baraka,” whose apparent subject was the world’s religious traditions. (Other recent examples include the 2005 “Earthlings,” the 2009 “Home” and the fascinating, unjustly overlooked “Life in a Day” from last year.) It took Fricke and Magidson almost 15 years to work back around to making another feature, and five more years of shooting and editing to complete it. To cite one example, they apparently hauled all their equipment in and out of a Native American archaeological site in Arizona twice – a two-hour hike, each way – for eight seconds of footage in the film.

Many readers will already know the Sanskrit word "Samsara," which is used in Buddhism to denote the world we live in, and more specifically the “wheel of existence,” the painful cycle of life, death and rebirth all beings endure until and unless they reach the enlightened state of Nirvana. It’s only fair to report that Fricke and Magidson have described their film as a “guided meditation” on this subject – but in all honesty, part of me wishes they hadn’t. A film made without words is a devilish thing to describe, and I suspect viewers are better off being left to form their own idiosyncratic and intuitive understanding of all the images and the editing decisions that link them together. Certainly as you watch “Samsara” various themes emerge from the images of ancient ruins and abandoned modern houses and modest burial grounds and tombs of the formerly great. This is to a great extent a movie about the impermanence of human life and all of human endeavor, a question that always threatens to throw everything we do while we’re here into deep shadow.

But I don’t want to go too far with that interpretation, because that doesn’t cover the wondrous and largely nonjudgmental depiction of humanity’s actual works in “Samsara,” which for my money is Fricke and Magidson’s best material. They show us images of a planet starkly divided between rich and poor, and a species that seems obsessed with killing and violence on one hand and a godlike reshaping of itself on the other. (One shot of a Japanese robot inventor with his cyborg replica is among the creepiest things I’ve ever seen.) But our civilization has also produced the cathedrals of Europe, the fantastically ornate medieval mosques of the Near East, the breathtakingly bold architecture of the great cities.

Even in memorable sequences showing workers loading chunks of sulfur from a mine (in Indonesia, I think), or factory-produced chickens being sucked to their doom through a roving, Zamboni-like machine, I don’t think the filmmakers exactly editorialize. Are the workers exploited? Have the chickens led miserable lives? We cannot possibly know. Is their suffering a necessary evil, or perhaps not an evil at all? Again, we simply see what is and can go no farther than that; “Samsara” offers neither diagnosis nor prognosis. Sometimes the thematic association between death and birth – a mummy’s face, followed by an infant’s – can feel a little heavy-handed. But one could make the same criticism of the poetry of Walt Whitman, who feels like a major (and perhaps unconscious) influence behind this film.

Ultimately words don’t do justice to “Samsara,” whether mine or the filmmakers’ or anyone else’s. I know that sounds like a copout, but the experience of this film is literally about the journey, meaning Fricke and Magidson’s five-year journey around the world and our 100-minute journey through the extraordinary array of images they brought back. You don’t have to buy into its Buddhist or quasi-Buddhist spiritual vision to respond to this remarkable film, which will reward repeat viewings – sober and stoned, alone and with loved ones, joyous and sad – and deliver different meanings each time. It’s a grand artistic gesture and a communal experience, of a sort that’s becoming rare or even impossible to create, and whatever its flaws may be, we’re lucky to have it.

“Samsara” opens this week at the Sunshine Cinema in New York and the Cinerama in Seattle. It opens Aug. 31 in Los Angeles and Palm Springs, Calif.; Sept. 7 in Atlanta, Boston, Chicago, Denver, Minneapolis, Philadelphia, Portland, Ore., San Diego and San Francisco; Sept. 14 in Phoenix and Austin, Texas; Sept. 21 in Aspen, Colo., Tucson, Ariz., and Washington; and Sept. 28 in Dallas, Miami and Santa Fe, N.M., with more cities to follow.