From the wandering uterus to the toothed vagina, misapprehensions about the female body abound 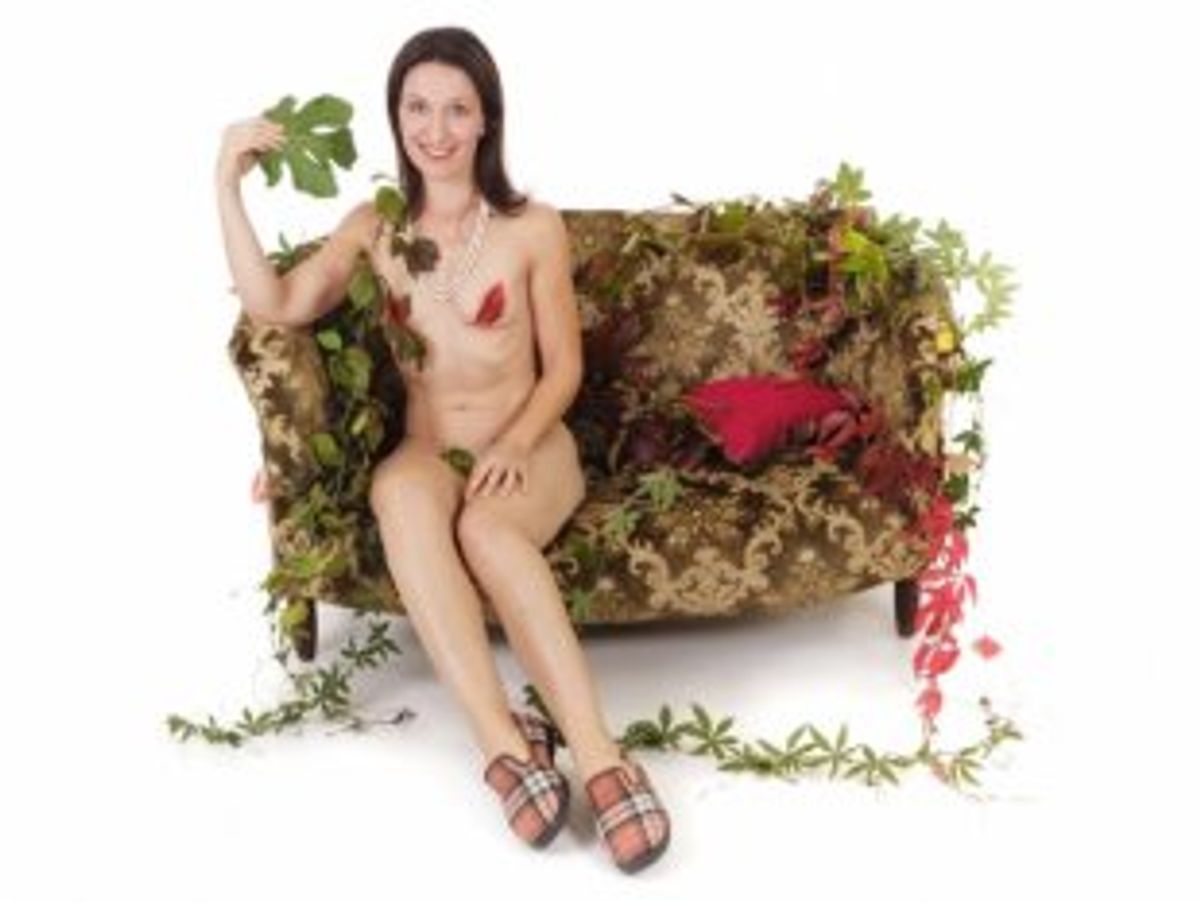 Recently we’ve heard some world-class craziness on the subject of that wondrous creation, the female body. The GOP has long frowned upon sex education, and for good reason. A rudimentary understanding of biology would render nonsensical many of its cherished ideas about women’s anatomical functions. Congressman Todd “Legitimate Rape” Akin of Missouri follows in the venerable footsteps of those throughout history whose deep-seated fear and suspicion of women has led to the circulation of absurd myths that would be amusing were they not so often deadly.

That Republicans manage to hold onto biological fantasies in the face of modern scientific methods and tools is truly a triumph of ignorance over truth.

Here's a list of some of the most whacked-out ideas that fevered minds have conjured about women’s bodies throughout the ages.

What if your uterus suddenly decided to spring from its station in your midsection and take off running wildly around your body?

That’s just what Plato theorized in his famous explanation for the discredited, fantasy diagnosis of “hysteria” that was widely believed to plague women well into the 20th century. In his dialogue Timaeus, Plato, following other Greek writers, describes the uterus as a little animal with a mind of its own that wanders throughout a woman’s body, "blocking passages, obstructing breathing, and causing disease."

The myth of the wandering womb lived on for centuries.

You’re making love to your ladyfriend and suddenly, chomp! Her vagina has eaten your penis.

Various folk legends around the world have carried the idea of the toothed vagina (Latin: vagina dentata). The sharp-toothed orifice hiding in a woman’s nether regions surprises visitors with bites than can cause injury or castration. The fantasy is thought to stem from profound fears of the female as seductress or monster.

The 2007 film Teeth flipped the myth around in a tale of a high school student who discovers a secret weapon against male violation.

The ancient practice of female genital mutilation, the total or partial removal of the genitalia, still affects hundreds of millions of women globally. The practice is justified in some regions by various myths, including the notion that a woman’s clitoris will grow into a penis if it is not cut off, or that a baby will die if it touches the clitoris.

A woman’s monthly period scores high for the fear factor in the realm of biological fantasy. Menstruation has been called a punishment from God, a sign of corruption and a deadly poison. Pliny the Elder claimed that a mere look from a menstruating woman will “dim the brightness of mirrors, blunt the edge of steel, and take away the polish from ivory.”

In the Middle Ages, widespread beliefs ranged from the notion that sex with a woman having her period would kill the male or mutilate the semen and produce horribly deformed offspring, to the fear that crops would die in her presence.

Enough creative reasons have been concocted by men to deny women access to education to fill an encyclopedia. In the 1800s, educator Edward H. Clarke opined that energy devoted to study would deprive a pubescent girl’s reproductive organs of the necessary “flow to power.” He further warned that higher education would produce women with “monstrous brains and puny bodies … [and] abnormally weak digestion.”

In 2005, then-Harvard president Larry Summers came up with his own spin on the education/biology fantasy in his claim of innate differences in men and women in their ability to do math and science.

6. Putting Her in Her Evolutionary Place

When conservatives aren’t trying to deny the validity of the theory of evolution, they like to use it to justify prejudices against women. Feminist scholars have noted that Charles Darwin’s focus on aggressive males vying to impregnate “choosy” females echoed notions of proper Victorian behavior. That subtle bias in Darwin’s work has been picked up and magnified by misogynists ever since to justify male promiscuity and aggressiveness, female fidelity and inequality between the sexes in general.

The prize for the latest and most noxious example of evolutionary prejudice goes to Kevin D. Williamson, deputy managing editor of the National Review, who wrote a brain-addled screed promoting a cornucopia of nonsense, from the idea that real men produce sons rather than daughters to the risible notion that Mitt Romney should get 100 percent of the female vote because of his evolutionary superiority.

As Robert Mackey of the New York Times has noted, the myth that rape does not cause pregnancy has been circulating for centuries. He cites Vanessa Heggie, who points out in the Guardian that the legal position that pregnancy could nullify claims of rape was around as early as the 13th century in Britain. This bit of absurdity seems to be connected to an ancient belief that a woman had to have an orgasm in order to conceive. Thus, the thinking went, if a woman was pregnant, she must have been a willing partner.

Various 20th-century crackpots intent on outlawing pregnancy termination turned to this myth and wrapped it in pseudoscience. The GOP has taken up the cause with a vengeance and every so often, some lawmaker expresses this nutty notion out loud. In my home state of North Carolina, we had a member of the state legislature – a periodontist who presumably had some medical training – announcing his belief that rape could not cause pregnancy because the “juices don’t flow.”

Todd Akin, Republican Senate hopeful from Missouri, trotted out this belief in his claim in a TV interview that pregnancies from rape are “really rare,” because, “if it’s a legitimate rape, the female body has ways to try to shut that whole thing down.” A lot of folks would like him to shut down his Senate race.