The trans man of your dreams 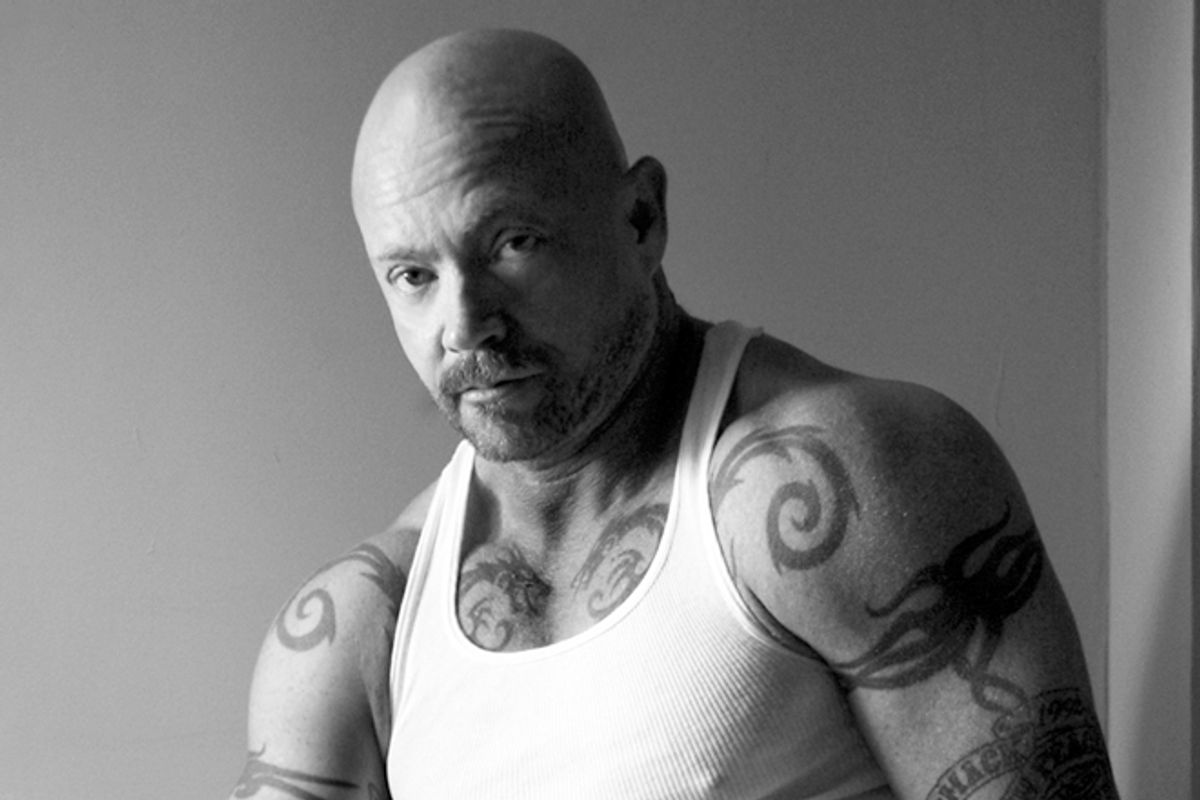 Just last week, the performer -- often marketed as "The Man With a Pussy" -- launched Buck Angel Dating, "a safe environment for those seeking out relationships or just fun with trans men and the people who love them." Already, the site, a partnership with the Dating Factory, has more than 2,500 members who span the full spectrum of sexual preference and gender identity. Member profiles are peppered with adjectives ranging from "boi" to "transfag," "pansexual" to "Gray A." Many users detail exactly where they are in the transition process, for example: "three years on T, no surgeries yet but will be having top surgery later this year."

He's hardly the first to start a trans dating site, but his hope is to avoid the "fetish" feel of other sites in favor of a sense of real community, and to attract a greater global audience by attaching his name to it. I talked to Buck -- a charming, tattooed beefcake -- by Skype from his home in Mexico about dating while trans, ever-changing gender terminology and why his site will be different from the rest.

Why did you decide to start a dating site for those seeking out trans men?

That is because I have been getting so many requests, not specifically for a dating site, but questions about how to meet guys, how to meet transmen. Because of my adult work, guys -- cis-gendered men, bio-men -- started becoming more aware of men like me and wanted to meet guys like me, but where could they meet them? So I’ve been wanting to do it for years, but I hadn’t found a company that I felt was going to respect [that] it wasn’t going to be a place where we’re freaks and guys are just gonna come gawk at us and fetishize us.

So how do you avoid fetishization?

Right, that's definitely not gonna be easy especially because of who I am, because I’m so sex positive. Of course people are going to fetishize, and there’s nothing I can do about that, but I am 100 percent a part of the site and so if people have problems we’re on top of it. If people are going to come in there and be disrespectful, they’re no longer going to be able to come on the site.

The site isn’t just for those seeking transmen, right?

Of course, I specifically marketed it that way, because that’s who I am and that’s what I know. But I have a lot of fans who are gender queer, who don’t identify as a gender or have huge fluidity with their sexuality, and when I put [the idea] out there, they all came back to me with, "Well, Buck, what about me?" And I said, "Yes, you’re right, what about you?" So I realize that it’s very important for me to expand my site, which I am doing, to include more of the fluidity of gender. Gender, it’s an ever-changing thing, as I’m sure you know. Today I could put "gender queer" and tomorrow somebody could say, "What about 'they'?" That’s the difficult part, because I can’t list 500 different terms. I am adding "other" as a category and some people might be offended by it, but some people do identify as "other."

It must be hard, because it's so highly personal. Some people highly object to terms that others embrace. I know some find the term FTM (female-to-male) or MTF (male-to-female) offensive, for example.

Totally. What are you gonna do? I push people's buttons daily, so there’s not much I can do other than make it as positive as possible. If you don’t find your category on there, maybe I can add it. It’s very difficult for trans people to go into a bar and find someone to hook up with because they don’t necessarily want to out themselves right away. It's a very different experience on the site, you get it all out there in the open right away. You would be amazed at how that makes dating or hooking up so much easier.

That brings up the question of disclosure, which seems like a difficult one. What’s the best point, if you do just meet someone in a bar, to reveal that you’re trans?

I’m a huge advocate for disclosure, because I believe a lot of people get themselves in bad situations because they do not disclose. For example, trans women who might hook up with a cis-gendered guy and then he goes home with her and finds out she has a penis and flips out and beats her up or kills her. That’s horrible, and I really believe by not disclosing it’s very disrespectful to the other person because they might not be into it and it makes them feel very freaked out about themselves. Disclosure is huge for me, and how do you do that in a bar situation? You’re right, it’s very strange. For me, how I always did it was if I knew it was going to turn into a sexual situation, immediately, immediately, I would say, "I need to let you know about this situation." But the dating site puts it right out there: I’m a man with a vagina!

Are there unique challenges to dating as a trans man as opposed to as a trans woman?

That’s a really great question. I would say there’s a lot of things that are the same, such as disclosure and finding people who might be OK with you and your trans status. One of the things I’ve noticed in the emails I get from trans men is that they’re not really comfortable in their bodies, and so the challenge for them is, "Is somebody going to be sexually attracted to me? I still have a vagina" or "I still have breasts" or "I’m not taking hormones but I identify as a man." I know a lot of people can’t really understand that, but imagine if you had to worry about whether somebody’s going to want to date you simply because of who you are. That’s a big challenge and it’s the same challenge for trans women as it is for trans men.

One thing I noticed looking through the site was that on their profiles a lot of people detail where they are in the transition process.

That’s awesome. That is very powerful. Early in my transition, I really stopped dating and stopped seeing people because I wasn’t sure how I was gonna look, are people gonna be into it? I transitioned 20 years ago and there wasn’t even the Internet then. So that’s a very challenging thing. The fact that you can actually list where you are in your transition, that’s awesome. I feel really excited about the site because whether or not you hook up or meet anybody, the fact that you can actually feel good about yourself, go on and list who you are, I can’t tell you -- that in itself will be such a positive thing for so many people.