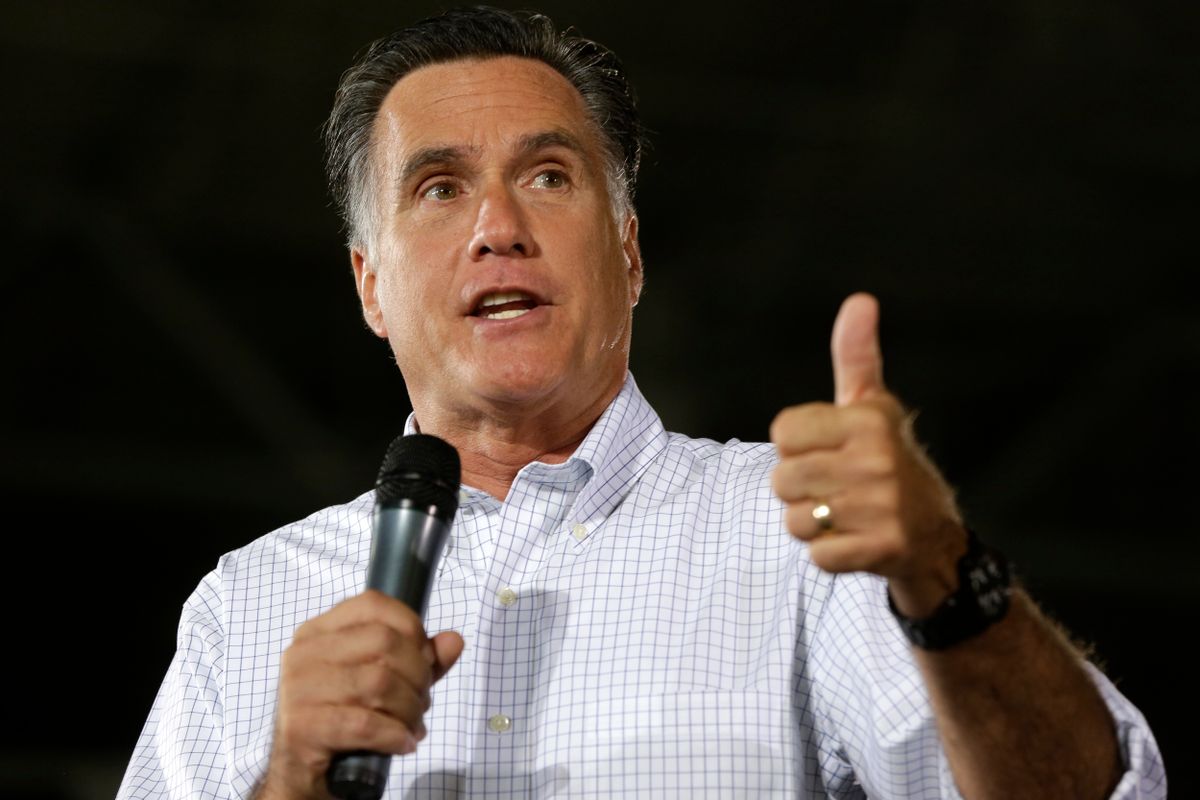 That it’s fundamentally dishonest hasn’t stopped Mitt Romney from repeating his central critique of Barack Obama’s foreign policy over and over – the idea that the president “went around the world and apologized for America.”  So it shouldn’t be surprising that Romney’s response to the attacks on U.S. diplomatic installations in Egypt and Libya was rooted in the same caricature of Obama as apologizer-in-chief.

“It’s disgraceful,” Romney’s statement, which was released late Tuesday night, read, “that the Obama administration’s first response was not to condemn attacks on our diplomatic missions, but to sympathize with those who waged the attacks.”

That’s not at all what happened, of course. The actual chronology goes something like this: As anti-American protests inspired by a crude Terry Jones video began gathering steam, the U.S. embassy in Cairo – and not the Obama White House -- put out a statement condemning “the continuing efforts by misguided individuals to hurt the religious feelings of Muslims -- as we condemn efforts to offend believers of all religions.”

The obvious intent was to cool the passions of the protesters. As Marc Ambinder explained, it was “exactly what Americans inside the embassy who are scared for their lives now and worry about revenge later need to have released in their name.”

Protests were also building in Libya, and sometime later the U.S. consulate in Benghazi came under siege, with news breaking late Tuesday night that a State Department official had been killed. It was around this time that two major American political figures released statements. One came from Secretary of State Hillary Clinton and read: “I condemn in the strongest terms the attack on our mission. We are heartbroken by this terrible loss. There is never any justification for violent acts of this kind.” The other was Romney’s.

It has since been learned that a total of four people – the U.S. ambassador to Libya, Christopher Stevens, and three of his staff members – were killed in the attacks. President Obama has now issued a statement condemning the assault, praising Stevens, and pledging “all necessary resources to support the security of our personnel in Libya, and to increase security at our diplomatic posts around the globe."

The foolishness of Romney’s reaction is glaring. Pretending that the statement from the U.S. embassy in Cairo was anything other than a completely understandable and reasonable attempt by its occupants to save their own lives borders on disgraceful. Romney’s implication that the statement was issued at the height of the attacks is also false; it was actually released earlier in the day, a preventive measure aimed at keeping the protests from turning violent.

But this hasn’t stopped other Republicans – including RNC Chairman Reince Priebus and Sarah Palin – from echoing the Romney line. Again, it probably shouldn’t be surprising. This is the kind of nonsense you’ll get when one party spends four years convincing itself that a president is something he isn’t.