When Kirsten Haglund took the Miss America crown in 2008, she had been starving herself for years 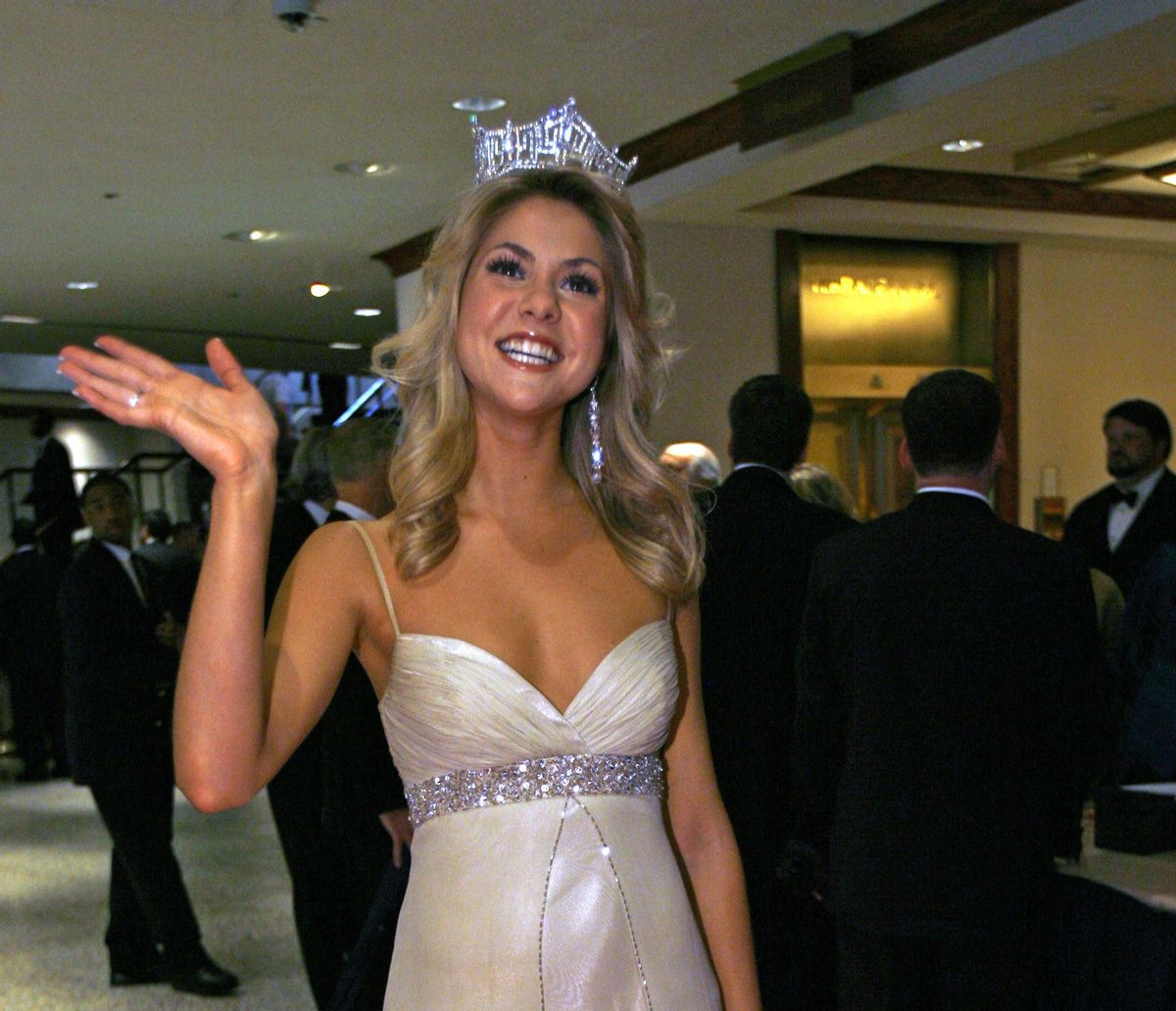 Kirsten Haglund was thrust into the spotlight when she won the 2008 Miss America crown in front of more than 19 million viewers. But before she ever became an American icon, from the ages of 12 through 15, the Michigan native fought an extreme battle with anorexia. So determined was she to fit the dancer frame ideal that she lost 30 pounds as a pre-teen by subsisting on a diet of less than 900 calories per day.

When her parents forced her into a rehab facility, Haglund began learning the tools to overcome her anorexia and eventually recovered enough to begin competing in pageants. Then, when she won the Miss America crown, she used her platform to educate people on eating disorders and body image issues, eventually starting her own foundation. These days, she is a senior at Emory University in Atlanta and a frequent keynote speaker on the subject of eating disorders. In her exclusive interview with The Fix, Haglund speaks about the dance coaches who expressed concern for her, her brief attempt at pursuing an entertainment career post-Miss America and why she credits beauty pageants with helping her recover from her eating disorder.

Before you began your pageant career, you had a pretty extensive background as a dancer.

I began ballet and jazz and tap when I was three years old. My parents thought it was a good idea because I was energetic and running around all the time, and I was naturally drawn to the arts at an early age. When I was 10, I switched to an all-ballet studio. It was easier to fit in because I was taller than most girls as a kid, and most of the girls in ballet were my height. And I loved the beauty and elegance of it.

Ballet is a totally different mindset than competitive dance, though, because it’s very rigid and structured, and the coaches can be unbelievably tough on their students. Anyone who has ever done gymnastics or figure skating knows it’s a tough world and that there is a definite body ideal. It’s not “love yourself” and “we come in all shapes and sizes.” It’s one specific body type that is unattainable by 98 percent of the population.

But because I loved ballet and wanted to pursue it as a professional career, I was willing to do whatever it took to achieve that dream.

When did your anorexia first begin?

I was 12 when it started. I was never overweight, but I didn’t have the greatest diet and was a normal weight for my age and height. But normal wasn’t good enough in ballet. If you ate like a normal person, you were looked down upon. When I saw what the other girls in my ballet group — many of whom had eating disorders themselves — were eating, I thought that was what needed to be done. I started cutting out entire food groups and ended up losing 30 pounds.

When you began to lose that much weight, were your coaches concerned or did they encourage you?

They just overloaded me with positive reinforcement. Despite being sick, I was dancing better than I ever had been. The guy dancers told me it was wonderful to work with me because I was the lightest girl there and it was like picking up a feather.

There were other instructors who were concerned, though, and I will forever be grateful to them. There was one who showed me a picture of myself during a performance and I looked sickly with my ribs showing. She said, “If I ever see you looking like that again, you will not go on stage.”

Was that what convinced you to begin treatment for your anorexia?

I was 15 when I went into treatment because my parents forced me to go. After three years of living with my disorder, there were noticeable physical consequences: My hair had started falling out in the shower and I had an irregular heartbeat during workouts. When I went to the doctor, he told me I was in the pre-stages for osteoporosis. I was in outpatient treatment for the next two years and met regularly with a nutritionist and eating disorder specialist.

You’ve gone on record saying that beauty pageants helped you with your recovery. It seems like a competition largely based on physical appearance would do the opposite.

When I started entering beauty pageants, it was after two years of treatment. It would have been incredibly stupid of me to go into them at the peak of my eating disorder. But at that point, I was at least recovered in the physical sense and could go to college and manage my life.

But the reason the pageants ended up helping with my recovery is that in the Miss America program, you have to choose a platform that you’ll help build community awareness around if you win. I chose education about eating disorders and body image. I never expected to win, but I won my first local pageant and found myself in a position of leadership and having to speak about this issue.

Once I won the Miss America pageant, I had really found my voice in terms of telling my story of recovery. It really solidified my treatment and everything that I had learned from my doctors over the years. And for that year that I was holding the crown, I did so many interviews and public appearances and now had little girls looking up to me. I had to practice what I preached and live it in my life. It really helped to cement those lessons in a way that went well beyond going, “This is what my therapist said.”

After you won Miss America, you moved to Los Angeles to pursue an entertainment career but went back to college shortly after. Did you feel any of the same pressures in LA that you did as a ballet dancer?

Absolutely. It was largely why I left. The same mind traps or my eating disorder itself never tempted me, but LA was such a toxic culture for me. I loved the performance world and after I healed, I really wanted to get back into it. But once I did, I not only found it to be superficial, but I also knew that I had changed as a person since my time as a dancer. I wanted to live a full life where people aren’t obsessed with physical appearance.

I now have one more year left at Emory University [in Atlanta] and am majoring in political science. I’ve always loved non-profits, both with my own foundation and the speaking and advocacy work I do with other eating disorder organizations, so I’d love to continue doing that. At the same time, I have some opportunities with broadcast news in New York City, so I’m not totally sure what direction I will go in after graduating.

What advice would you give to people who are in recovery for eating disorders or considering getting help?

The biggest thing to realize is that you’re not alone. There are millions of people who struggle with this issue. Everybody has his or her own set of issues and nobody is fully recovered. Secondly, it’s okay to reach out for help. Isolation never helped anyone. Talk to someone, even if it’s a friend, and it might lead you to be motivated to reach out for professional help. And lastly, educate yourself. Get online and Google things and find out all of the available resources that are out there, both online and in your own community.

At this point, would you consider yourself to be fully recovered?

I’ve recovered in the sense that I’m physically healthy and fully aware of the truth about what constitutes living a healthy lifestyle. But do I have a past? Absolutely. So I’m mindful of that on a daily basis. I don’t think you’re ever fully out of the woods.