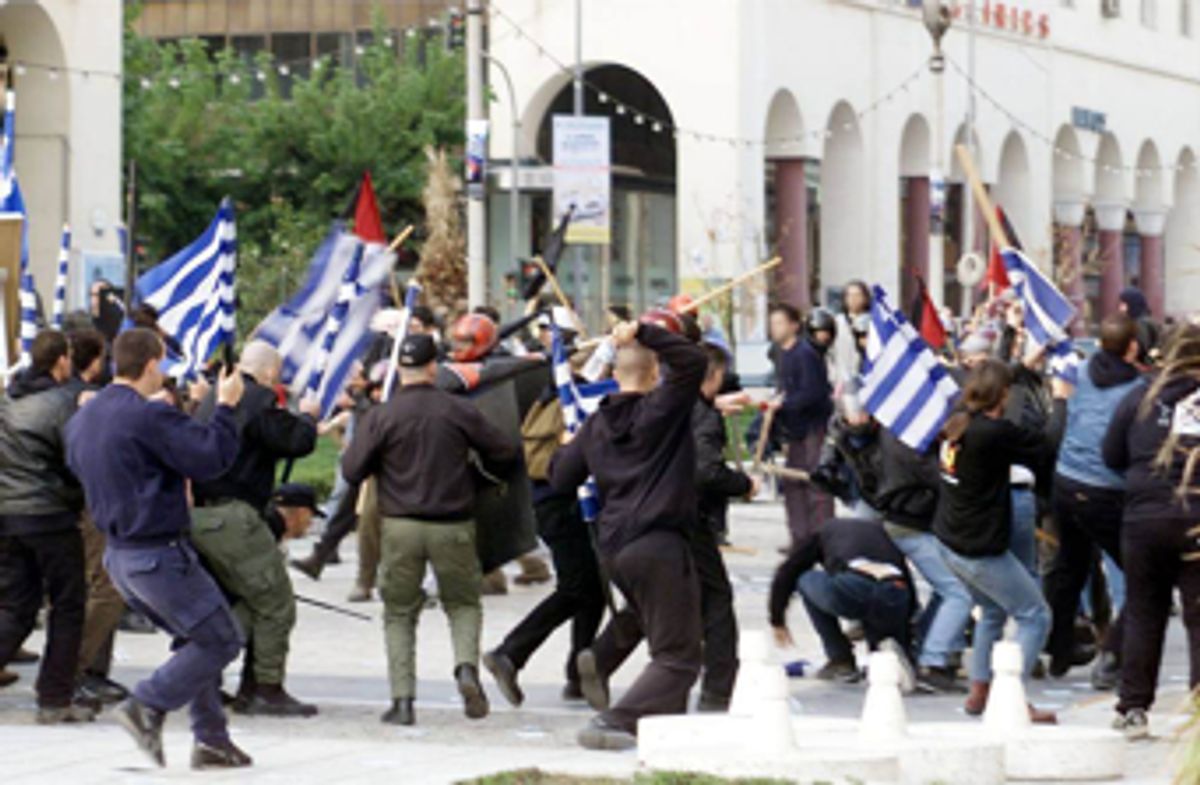 Greek neo-Nazi party Golden Dawn has opened up an office in New York, the Greek Reporter reported this week.

The Golden Dawn New York Chapter stands in support of the ideas and goals of the Golden Dawn Party in Greece, who received over 400,000 popular votes in the 2012 elections and currently has 18 representatives in the Greek parliament.

The Golden Dawn is the only political party in Greece that unapologetically stands for the sovereignty, security, and dignity of the Greek people.

The party intends to reverse decades of unlimited third world immigration which has brought crime, unemployment, disease and possibly terrorism to the once peaceful Greek cities.

The party won nearly 7 percent of the vote (and 18 parliamentary seats) in the Greek general election in June. Golden Dawn members and supporters have regularly been tied to violent crimes against immigrants and ethnic minorities. In retaliation, leftist and anarchist groups have vandalized Golden Dawn offices in Athens.

According to the website, Golden Dawn's New York chapter has focused on activities like medical and food drives to send supplies to Greece, but all in the aid of the party's radical, nationalist, Greece-for-Greeks agenda. There is, of course, some irony in the fact of an anti-immigrant party setting up an office in the U.S., where, like many of the office's neighbors in Astoria, they are in the immigrant position.

Salon reached out to Golden Dawn New York for comment on its objectives, but has yet to receive response.