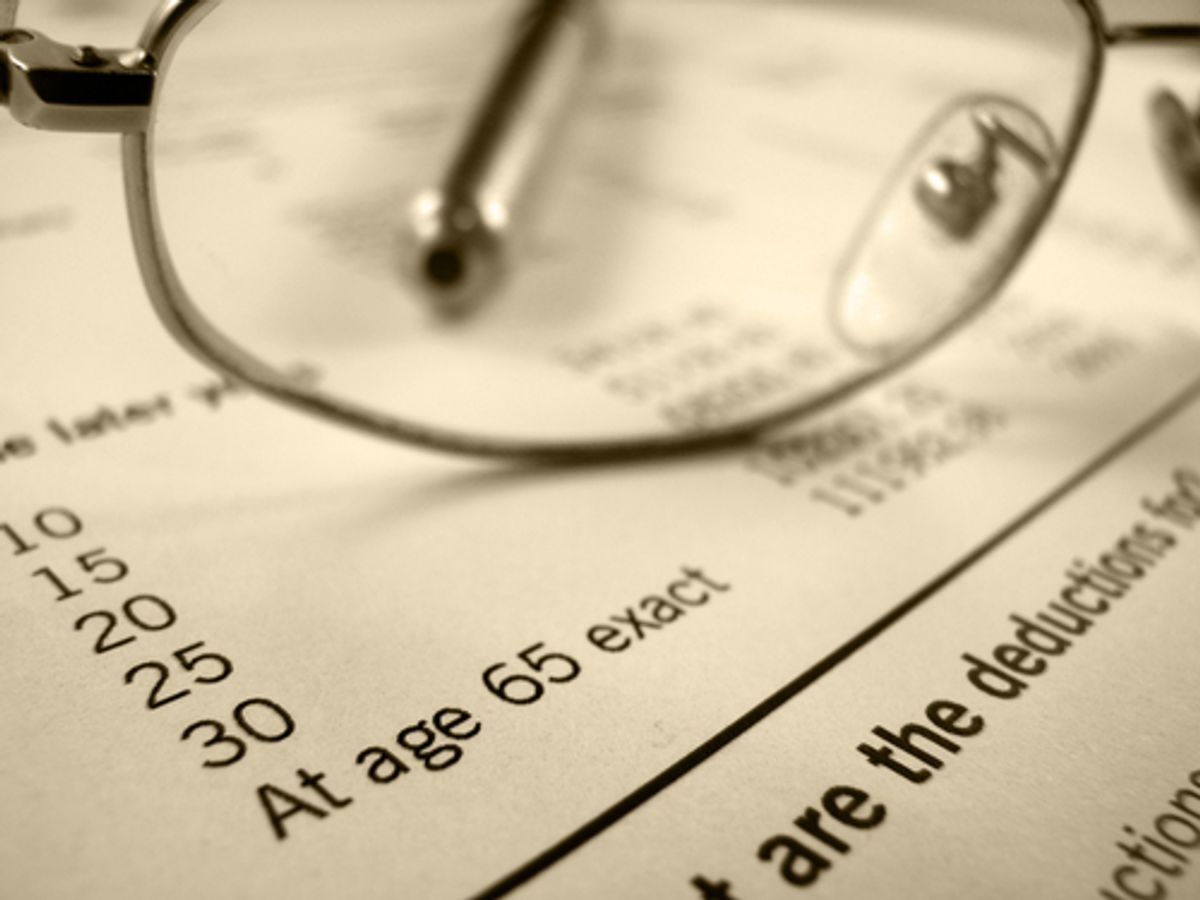 Nearly one-third of Americans say they plan to work into their 80s since they can't afford to retire earlier, according to a Harris Institute survey.

As Bonnie Kavoussi noted in the Huffington Post, "Retirement is becoming an unaffordable luxury for a growing number of middle-class Americans." She attributes the increasing inability to retire at 65 and live decently to the middle-class squeeze of recent decades -- a mixture of  inflation, productivity increases and stagnating wages:

The U.S.' real median household income, at just $50,054, is roughly at the same level where it was in 1989. While worker productivity has risen 69 percent since 1979, median hourly compensation rose just 6.5 percent during the same time period, according to the Economic Policy Institute.

Beyond that, a comfortable retirement seems truly unattainable under the current circumstances: Kiplinger advises that an American retiring at 65 needs around $1 million in savings to generate a decent enough yearly income. Half of Americans currently say they are unable to save for retirement at all (particularly young people who are heavily burdened by student debt), while a study from MIT and Harvard found that 49 percent of Americans die "with virtually no financial assets." And 19 percent die with absolutely nothing at all, having survived entirely on Social Security benefits.