Before you start tweeting and sharing your pictures on Facebook, you might want to double-check your state's laws 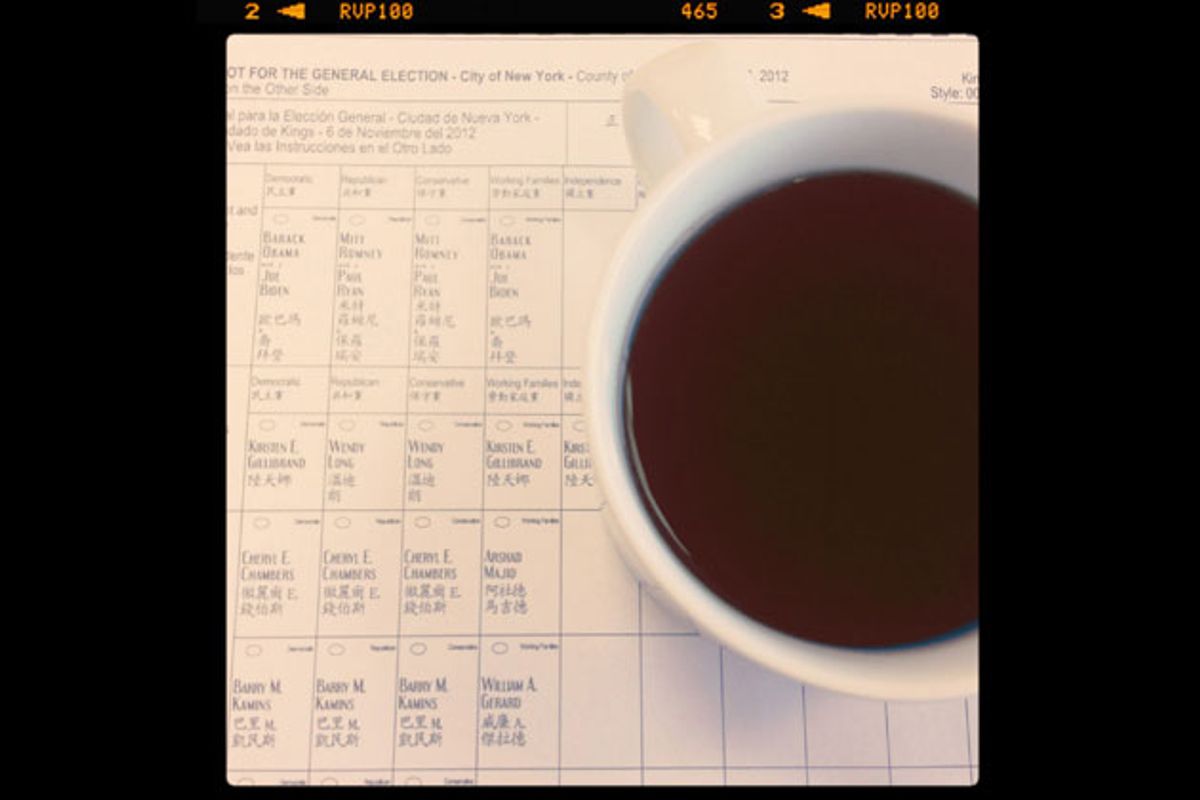 Proud voters are already posting photos of their ballots on Instagram—sometimes with the names of their chosen candidates filled in. But before you snap a shot of your vote, you might want to check your state laws. As the Citizen Media Law Project points out as part of their guide to documenting the 2012 election, showing your marked ballot to other people is actually illegal in many states.

Laws against displaying your ballot are motivated by concerns about vote buying, since voters being bribed might need to be prove they voted a certain way.

While laws vary from state to state, the penalties for showing your ballot can be stiff.

“It’s illegal to display your voted ballot and violators could be convicted of a misdemeanor,” Colorado secretary of state spokesman Richard Coolidge told ProPublica. The penalty, according to Colorado law: a fine of not more than $1000, imprisonment in county jail for not more than one year — or both.

In Michigan and Hawaii, voters who show their ballots to other people can, in certain circumstances, have their votes thrown out.

It’s not clear how these rules apply to sharing a picture of your ballot on the Internet, or whether states would actually prosecute voters for an Instagram shot. Officials from Hawaii have yet to respond to a request for comment.

In Michigan, voters will have their ballots confiscated if they are found taking a photo or video of a ballot in a polling place, said Fred Woodhams, a spokesman for the Michigan department of state. Once an exposed ballot is confiscated, voters do not get a new one.

That doesn’t mean the state is monitoring the web for violations. “Certainly, we’re not going to Instagram to find people’s ballots,” he said.

“Virtually all of these laws are older laws that predate the current technology,” said Jeffrey Hermes, a First Amendment expert who wrote the Citizen Media Law Project’s guide to ballot disclosure rules.

But, he warned in his guide, “It is easy to imagine situations in which the thoughtless posting of a marked ballot on Facebook could result in negative consequences.”

Rick Hasen, an election law expert at the University of California, Irvine, said that taking a picture of your marked ballot is “bad news.”

“Hard as it is to believe, before the secret ballot there was a lot more vote buying and we don't want more of that now,” he wrote in an email.

Some states simply prohibit using phones or cameras within a polling place.

Allowing voters to publicly display their ballots might also undermine the culture of the secret ballot, Hermes said. Another factor is the fear that voters might be intimated or swayed by seeing other people’s ballots.

“These are legitimate concerns,” Hermes said, “but they only extend so far.”

If voters “want to express what they feel and their experience and the polls, the First Amendment should protect that,” he said.

Josh Stearns of Free Press, a media and technology advocacy group, told ProPublica he did not see much difference between wearing a t-shirt supporting a candidate, and sharing a photograph of your ballot.

“For a lot of people, voting is a really important life event,” he said.

“We can take our kids into the voting booth, but in many places we can’t take a picture of our ballot.”

Stearns said that allowing individuals to photograph their ballots might also be an important way of providing them with a record of their own vote.

Students interviewed this week by the DePaul University student paper had a range of views on posting ballot photos on Instagram, from approval to disappointment that voting had become “just another thing you can tweet.”

At least one state has recently changed its stance on the issue, Hermes said. Maine repealed its ban on voters showing their own ballots in 2011.