Newt to Colbert: I lost because Romney had more billionaire friends 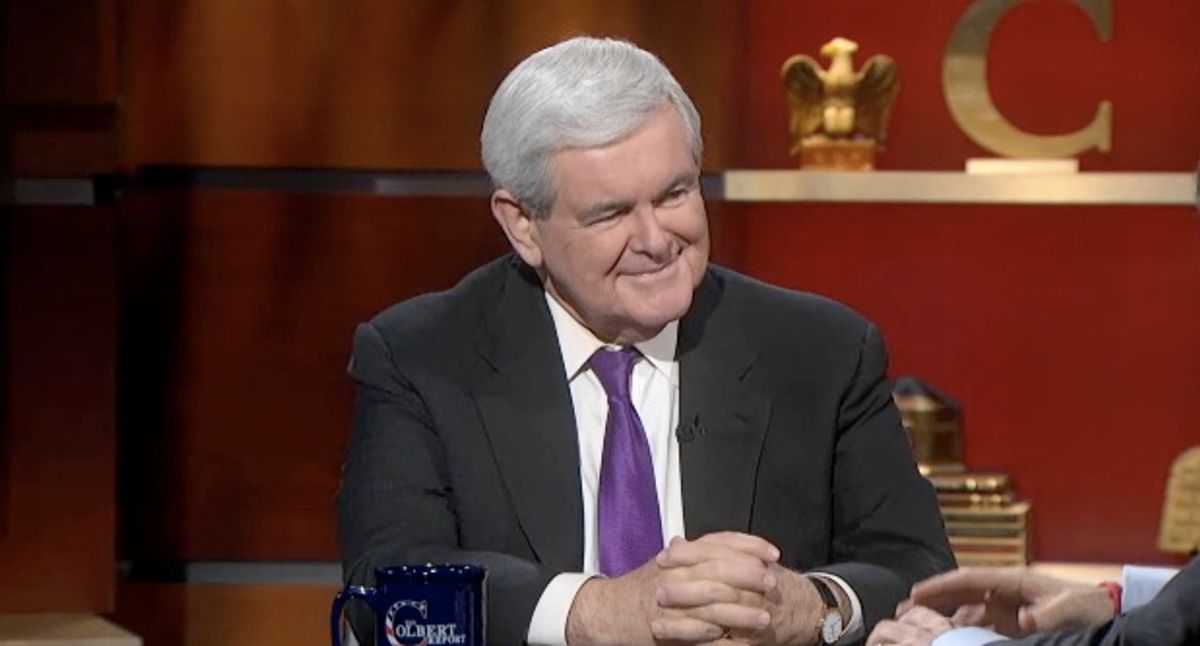 Facebook
Twitter
Reddit
Email
Newt Gingrich stopped by "The Colbert Report" and talked to Stephen Colbert about super PACs and his primary loss to Mitt Romney, pointing out that he had a billionaire friend who helped him out a lot (Sheldon Adelson), but Romney had many more billionaire friends.
"It turned out 26 billionaires beat one," Gingrich said.
"That would make a great reality show, Billionaire Fight," Colbert replied.
"We just had it, it was called the election," Gringrich shot back.
Watch Part 1: