The Petraeus story: Not a tawdry distraction from important news 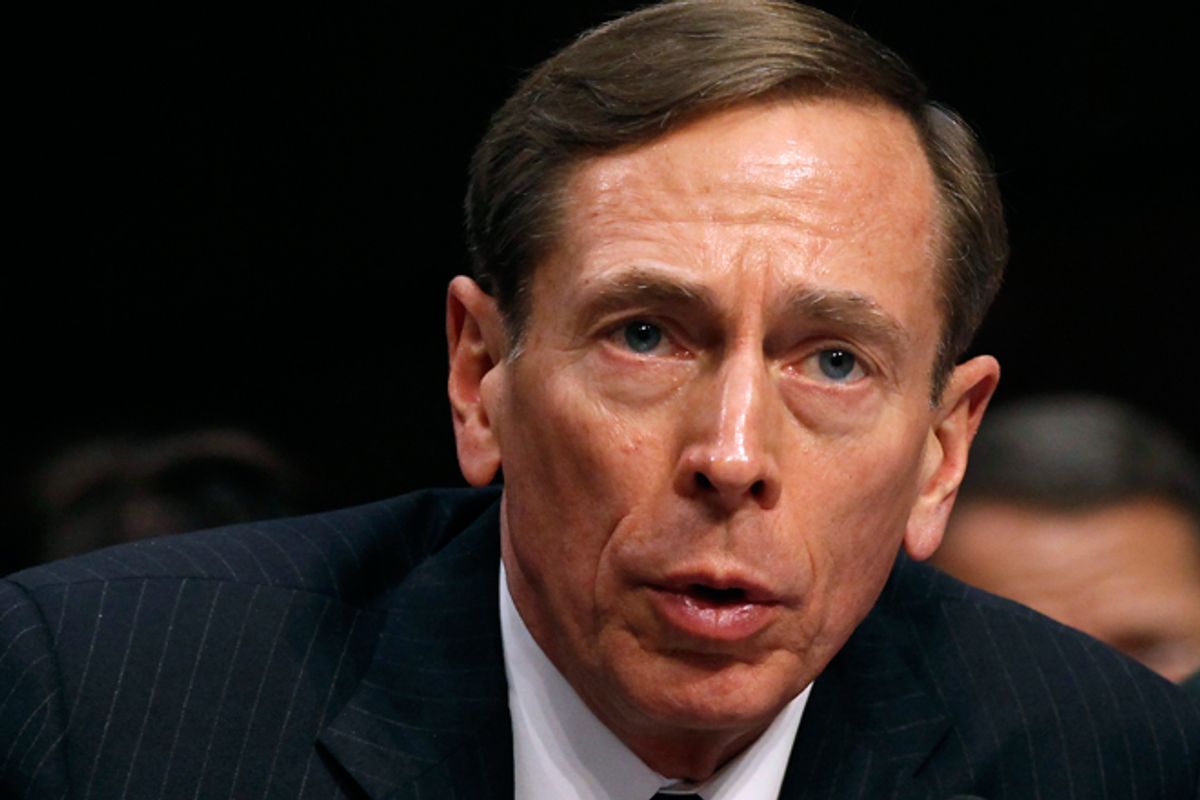 Some do-gooding liberal types are very upset that the dumb media keeps talking about this very tawdry David Pretraeus scandal instead of covering "the real news." I hate to break it to them, but the Petraeus affair is actually very much Real News, and not just because there is nothing wrong or contemptible about the American public's appetite for information about scandal in high places.

The dismissive attitude is best exemplified by The Petraeus Affair tumblr, a site that attempts to mock our tabloid media's misplaced priorities by posting Petraeus headlines beneath photos documenting the devastating wrought by Hurricane Sandy. This is cheap, unhelpful trolling. (And, you know, New York got it pretty rough, Tumblr person, but Haiti got it much worse. Plus there's a war on in Gaza! WHY ARE YOU CARING ABOUT NEW YORK WHEN THERE'S A WAR ON?)

The News can cover more than one thing. The resignation of the head of the CIA is Big News by any definition. And as silly as this has been (and it's been very silly), the Petraeus affair has also been very revealing about our national security state and its relationship to the press. The Petraeus resignation got us this incisive, self-critical piece by Spencer Ackerman, exploring how the media was complicit in the creation of the myth of the brilliant David Petraeus. The investigation shows how terrifyingly easy it is for the FBI to get permission to trawl through all your email, secretly, looking for almost anything. If you want a window into America's "sprawling, unaccountable Surveillance State" -- well, here it is! The way to get the press to cover the fact that the national security state is regularly violating the privacy of citizens is to have one of those citizens turn out to be the press' favorite general.

And we've learned that Petraeus for some reason was giving "prominent members" of conservative think tanks office space in Afghanistan, where they were providing "advice" (kill them all) to field commanders. That's pretty worrying, and it's not clear we ever would've heard about it if Petraeus hadn't fallen from grace.

(The right-wing version of this trope is that the Petraeus affair is an attempt to "distract" everyone from Benghazi, though I guess no one told Petraeus, since he will still testify to Congress about Benghazi this week.)