Rick Warren: Being gay is like arsenic, punching someone in the nose

Sometimes you have feelings, the pastor said, but that doesn't mean you act on them 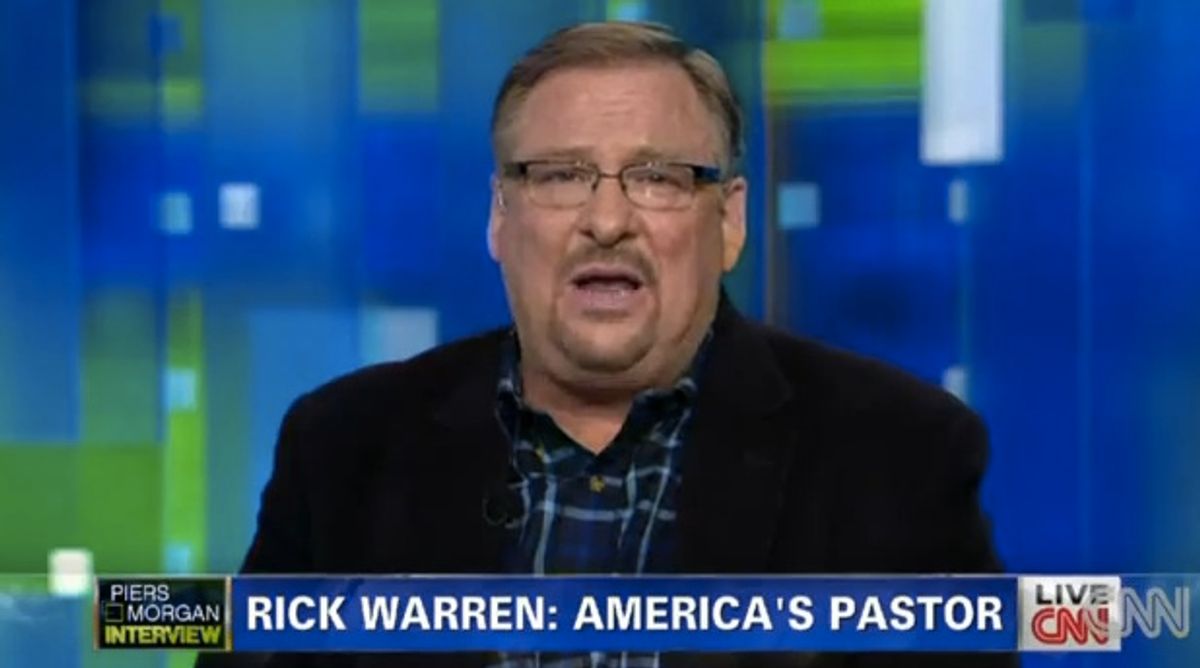 Megachurch pastor Rick Warren compared being gay to wanting to punch someone in the face, in that just because you have certain feelings, doesn't mean you act on them.

Warren told CNN's Piers Morgan that it wouldn't bother him if there was a gay gene found. “I have all kinds of natural feelings in my life and it doesn’t necessarily mean that I should act on every feeling. Sometimes I get angry and I feel like punching a guy in the nose. It doesn’t mean I act on it. Sometimes I feel attracted to women who are not my wife. I don’t act on it. Just because I have a feeling doesn’t make it right. Not everything natural is good for me. Arsenic is natural.”