Inspired by an offensive painting, the conservative radio and TV host tried to sell a doll soaked in fake urine 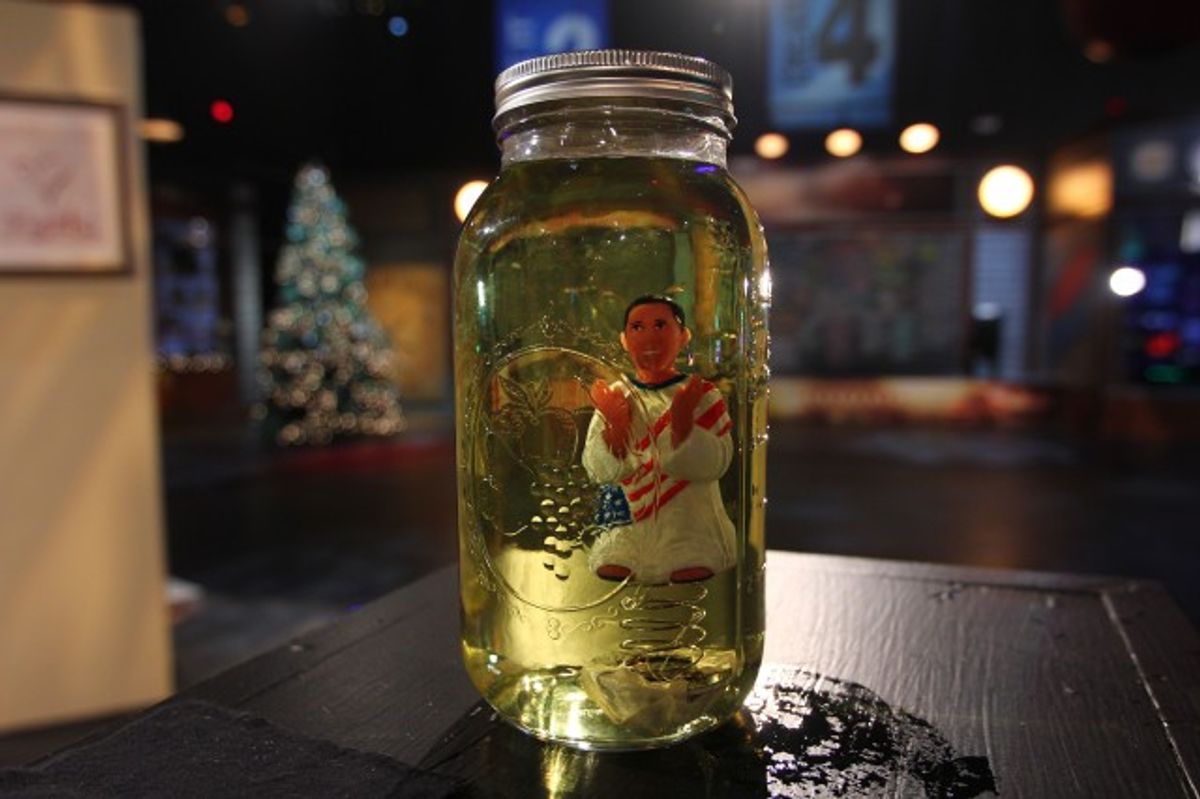 In what might be the product of a mental breakdown for a normal person, conservative loud-mouth Glenn Beck did a very Glenn Beck thing and attempted to auction a Barack Obama doll in a Mason Jar filled with beer (but positioned as urine). Beck, inspired by the outrage over Michael D'Antuono's painting of a crucified Barack Obama in a Boston art gallery, called "Obama in a Pee-Pee" a work of satire. Beck didn't dispute that D'Antuono's painting was offensive--instead, he attempted to make the non-point point that liberal demands of censorship are wrong, and "Art is in the eye of the beholder."

Although originally priced at $25,000, bids for Beck's doll reached $11,000 on eBay before the auction site yanked it. Don't fear, though--you can still bid for the doll by emailing Beck at obamapeepee@glennbeck.com.

All proceeds go to Beck's charity.