The "SNL" star made appearances on "Conan" and "Meet the Press," where he was joined by co-star Fred Armisen 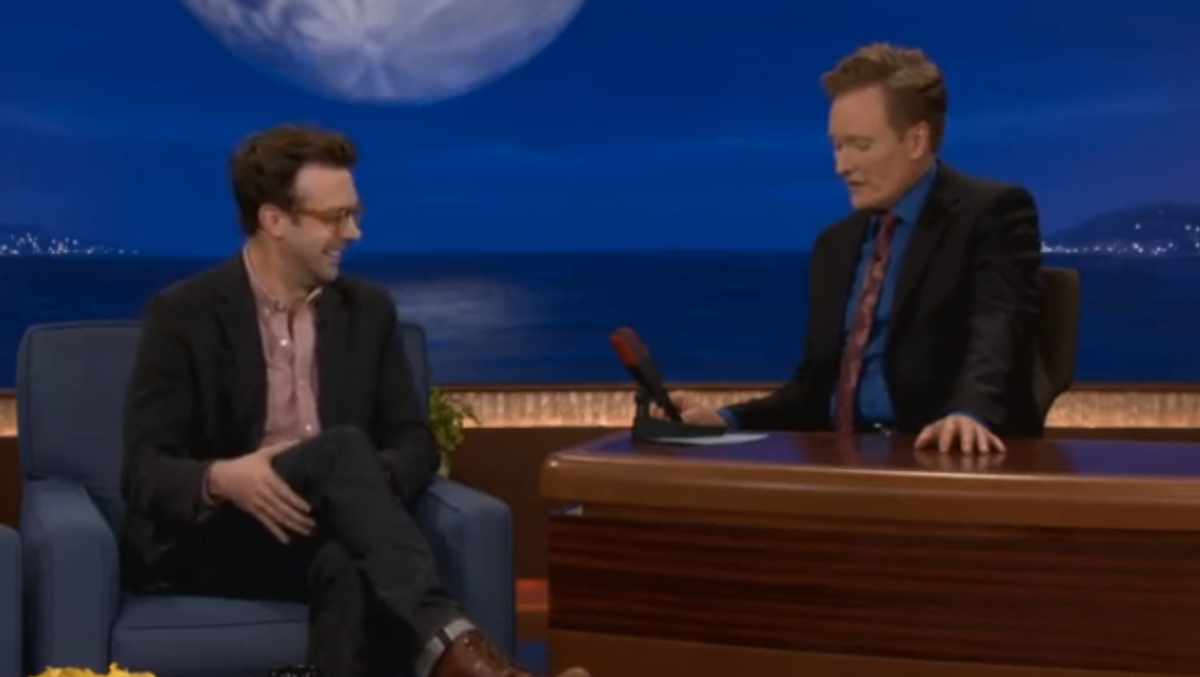 O'Brien referenced today's clip of the comic on "Meet the Press's" Press Pass series, in which Sudeikis discussed the relationship between politics and comedy with co-star Fred Armisen, who played Barack Obama on SNL. Sudeikis called Romney disappointingly corny, saying, "That's us wishing he was aware of how corny he is. ... He is as bland as bland can be, at this point. He's like a butter sandwich. Unsalted butter. With the crusts cut off."

Watch the full discussion with David Gregory, below: